In a move likely to upset France, the European parliament called off its session in the city, citing fears over travel. They took the decision as many countries in Europe look to be facing a second infection wave. 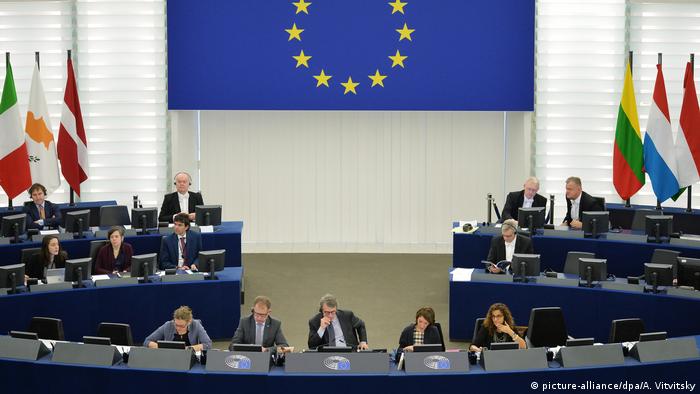 The European Parliament on Thursday canceled the physical meetup of its lawmakers, set to go ahead in the French city of Strasbourg next week.

Instead, the session will be held via video conference.

The decision was made as countries across Europe posted record daily infection figures.

"I regret to announce that next week's plenary will not take place in Strasbourg, but will be remote," David Sassoli, the parliament president — effectively its speaker, wrote on Twitter in English, French and Italian.

"The situation in France and Belgium is very serious. Traveling is a danger."

"Strasbourg remains the home of the European Parliament and we will do everything we can to return," added Sassoli. The comment is likely intended to placate France.

The EU parliament has bases in the Belgium capital city Brussels and 450 kilometers (280 miles) away in Strasbourg, but since the virus struck the parliament has met exclusively in Brussels.

On Wednesday, France announced curfews in nine cities in a bid to curb the rapidly growing infection numbers in the country, although Strasbourg was not among these.

In Belgium, the cases per 100,000 inhabitants stood at 494, monitored over last week — one of the highest national rates in Europe.

Germany, the Czech Republic, Italy and Poland's record figures on Thursday prompted the World Health Organization to speak up: "The evolving epidemiological situation in Europe raises great concern. Daily numbers of cases are up, hospital admissions are up," the WHO's Regional Director for Europe Hans Kluge told a press conference.

The Robert Koch Institute, Germany's national disease control center reported 6,638 cases over 24 hours — exceeding the previous record of nearly 6,300 set in late March. However, testing in the country of 83 million has expanded greatly since then.

Czechia's Health Ministry said the country, with a population of over 10 million, confirmed 9,544 new cases on Wednesday — over 900 more than the previous record, set less than a week ago. The government says hospitals could reach full capacity by the end of October.

Italy, which was the initial epicenter during the first wave of the pandemic, recorded 7,332 cases on Wednesday —its biggest single-day jump in infections since the start of the pandemic.

Poland reported 8,100 new cases of COVID-19 — the highest daily number since the onset of the pandemic. The government is expected to announce new coronavirus restrictions later on Thursday.