French President Emmanuel Macron has announced a late night curfew for residents in Paris, Marseille and seven other cities. The government also moved to reinstate its COVID-19 state of health emergency. 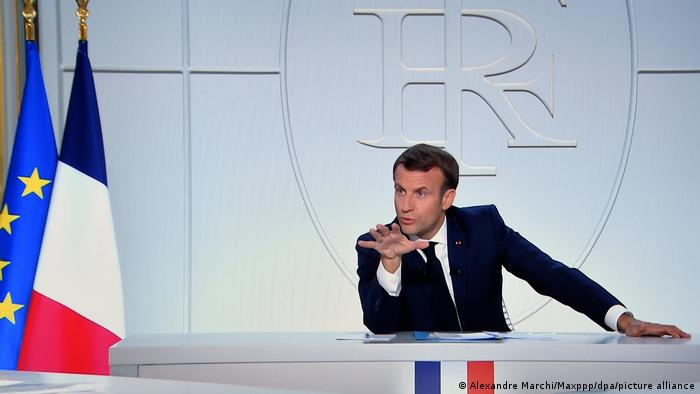 French President Emmanuel Macron announced on Wednesday that locals in Paris and eight other cities will have to stick to a curfew from 9:00 p.m. until 6:00 a.m.

The restriction, which will come into force on Saturday and last for at least four weeks, will mean residents will not be able to go to restaurants or private homes during these hours.

Macron said on national television: "We have to act. We need to put a brake on the spread of the virus." 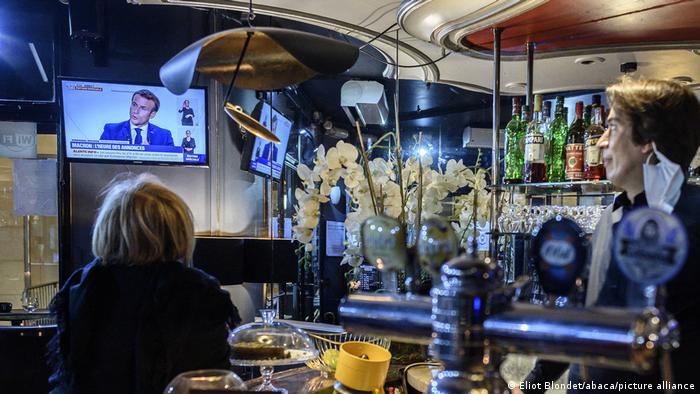 In addition to Paris and the region surrounding it, the new measures also targeted the cities of Grenoble, Lille, Lyon, Marseille, Montpellier, Rouen, Saint-Etienne and Toulouse.

"We won't be leaving the restaurant after 9:00 p.m.," Macron said. "We won't be partying with friends because we know that that's where the contamination risk is greatest."

"We are in a worrying situation," he continued, while insisting France had not "lost control" of the virus.

The new measures are intended to curb the spread of the virus in France and get a grip on a recent surge in new cases.

On Wednesday, health authorities announced more than 9,100 patients were currently in hospital being treated for COVID-19, the highest figure since June 25, leading some experts to suggest the country's medical system is on the verge of being overwhelmed.

Shortly before the curfew was announced, the French government moved to reinstate a public health state of emergency in a bid to curb an uptick in coronavirus infections across the country.

The formal declaration was made in a statement by the government, adding that the pandemic was a public health disaster which endangered the well-being of the entire population.

France was facing "a health catastrophe," according to minutes from a Cabinet meeting that took place on Wednesday.

The state of health emergency is a legal framework allowing the government to take a stricter line on fighting the spread of infections.

Earlier this year France declared a state of health emergency which expired on July 10.