Coronavirus: Can European countries avoid a second lockdown? | Europe | News and current affairs from around the continent | DW | 21.09.2020 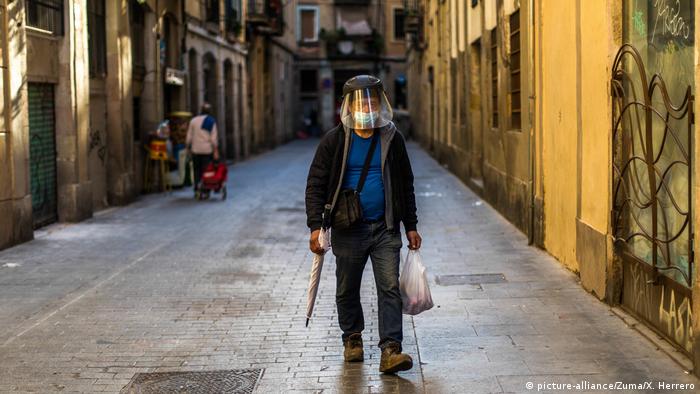 "Catastrophic," "disastrous," and "devastating" — the words European leaders are using to describe the consequences of a second lockdown are more than clear.

In order to curb the spread of COVID-19 in the spring of this year, public life across Europe was brought almost completely to a halt. In the summer, many places relaxed those restrictions. For weeks now, however, infection rates have been rising in almost every European country.

According to the World Health Organization, Europe is registering between 40,000 and 50,000 new coronavirus cases each day. That increase is down to more than just more widespread testing. The numbers from September "should serve as a wake-up call for all of us," said the WHO's regional director for Europe, Hans Kluge. The weekly infection numbers have even exceeded those reported in the first phases of the peak in March, the WHO says.

With the increase of infections comes an increase in concern over new nationwide lockdowns. The particularly strict lockdowns in Spain and France imposed earlier this year sparked massive economic downturns, and now these two countries' case numbers are once again surging. Nevertheless, France is hoping to avoid another nationwide lockdown — as long as that's possible.

Instead, authorities are tightening restrictions in particularly hard-hit cities such as Paris, Marseille, Bordeaux, Nice and Toulouse. Gatherings have been banned, bars have their hours limited and visits to nursing homes have been restricted. For people in Paris and other areas, wearing a mask is required when leaving the house. 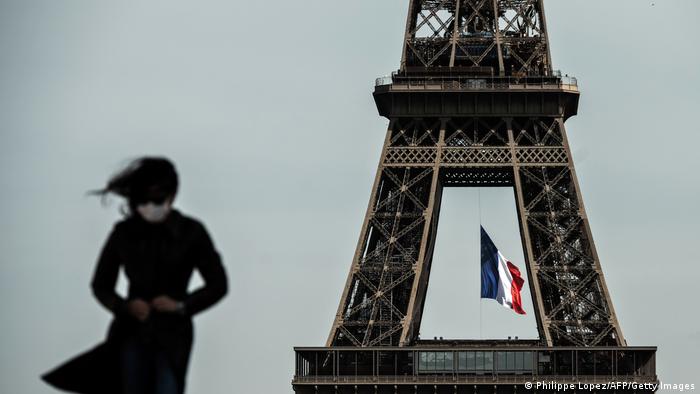 Masks are required in public in Paris

Madrid, meanwhile, began imposing drastic restrictions on Monday. In six districts and seven municipalities around the Spanish capital, people are only allowed to leave their homes for necessities: going to work, school, the doctor, or if summoned by the court. Similiar lockdown measures have been ordered in other parts of the country, including Mallorca.

Residential areas are affected by the new measures if the number of new infections exceeds 1,000 per 100,000 residents over the past 14 days. It was a "very bad number" that forced authorities to act, said Isabel Ayuso, Madrid's regional president. By comparison, Germany's equivalent figure, measured over the past seven days, is around 13.

"We want to prevent a complete lockdown, it would be a step backward and a disaster for our economy," said Ayuso. "If we all follow the new rules, our region will recover quickly."

Read more: Coronavirus: The race to save Germany

The economic consequences of a second strict lockdown would extend beyond just Southern and Western Europe. In Germany, business associations are warning of a wave of bankruptcies.

"A fifth of all companies already see their own survival through [the coronavirus crisis] as endangered," said Mario Ohoven, president of Germany's federation of medium-sized industrial companies. In the case of another lockdown, "the lights would definitely go out," he said.

The German Finance Ministry also does not appear to be expecting a second lockdown. In its draft spending plan for 2021, the government is aiming to take on €96.2 billion ($114 billion) in new debt. That planning is based on the assumption that Germany will not impose another nationwide lockdown during the pandemic. Such a measure was not part of the planning, the Finance Ministry said.

The situation is somewhat different in the United Kingdom. British Health Minister Matt Hancock told broadcaster BBC recently "a national lockdown was the last line of defense," but also cautioned the government is "prepared to do what it takes."

Nearly 42,000 people have died due to COVID-19 in the UK, making it Europe's hardest-hit country.

Infection numbers have been rising for days, along with the number of coronavirus patient hospitalizations. That is why last week the UK began tightening social distancing requirements. The plan, as in much of Europe, is to stamp out sources of infection locally.

In Birmingham, Glasgow, and other large cities, members of one household can no longer meet with members of another household in closed spaces, and meetings in public have also been partially restricted.

Top researchers at the British Scientific Advisory Group have recommended that the government impose a two-week nationwide lockdown in October to coincide with the school half-term break. "As schools will be closed for one week at half-term, adding an extra week to that will have limited impact on education," one of the scientists told the Financial Times.

Europeans are eager to avoid the kind of second lockdown currently in place in Israel. Alongside implementing measures at the local level, politicians are appealing to citizens to use discipline.

"The nation faces a tipping point and we have a choice," UK Health Minister Hancock told broadcaster Sky News on Sunday. "The choice is either that everybody follows the rules ... or we will have to take more measures."