As the total global tally of COVID-19 infections surpasses 30 million, the World Health Organization says countries are still not working in partnership to eradicate the pandemic. DW wraps up the latest developments. 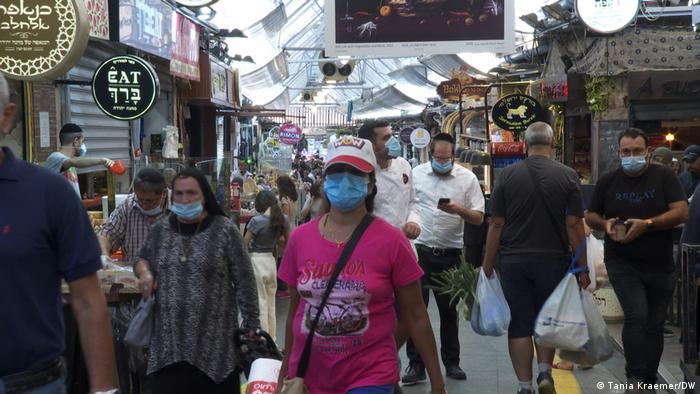 "Major powers are not working together," he told a press briefing from Geneva, ahead of the annual United Nations General Assembly that starts next week.

Tedros said he would also appeal to leaders at the General Assembly to fund the $35 billion that is needed to speed up the development of Covid-19 medications and vaccines, under a program led by the WHO and international health charities.

He also urged countries to make health investments already now to prepare for the next new disease that is guaranteed to come along in the future.

Here are the major developments on coronavirus from around the world on Friday:

Spain: Some 850,000 people in the Madrid region, worst affected by a new surge in cases, are to face new limits on movement.

Regional leader Isabel Diaz Ayuso said access to parks and public areas would be restricted, and gatherings limited to six people, but people can still go to work.

Madrid is again the hardest-hit region in Spain, where officials say one in five hospital beds are occupied by coronavirus patients.

UK: Hospital rates are doubling every eight days as the virus accelerates, according to Britain's health minister. New restrictions taking effect from Tuesday across large parts of central and northern England will prevent
multiple households from mixing and hospitality running late in the night.

The London Evening Standard reported that London has seen a sharp rise in cases, putting it also the sights for further restrictions.

France: The country is seeing more than 10,000 new cases each day. The cities of Lyon and Nice were bracing for further restrictions, following limits imposed this week in Bordeaux and Marseille.

Germany: Lovers of the annual Carnival street processions in western Germany have been told to expect scaled-down celebrations in November and February.

NRW officials have even recommended an alcohol ban on November 11 — the first day of the festivities — and if required, strict rules on public gatherings on that day.

Czech Republic: The country registered 3,130 cases on Thursday — about as many as were recorded in the whole of March. It is the third straight daily record and makes it the second worst-off in the EU after Spain in terms of daily growth in cases per 100,000 inhabitants, according to the Czech News Agency. Authorities are warning that hospitals may soon reach their limits.

Israel: Israel has reentered a full nationwide lockdown following a months-long spike in the coronavirus caseload.

The stay-at-home orders will last three weeks and coincide with the Jewish
High Holidays, when people typically visit their families and gather
for large prayer services.

Hundreds of Israelis took to the streets of Tel Aviv late on Thursday to protest the renewed measures.

The country has registered more than 172,000 cases since the start of the outbreak, including at least 1,163 fatalities.

The 64-year-old president, who has multiple sclerosis and uses canes to walk, said he was feeling well.

The announcement came on the same day that the country reopened its borders and international flights after a six-month closure.

As part of a crackdown on social gatherings to prevent "reckless careless people" from spreading the COVID-19 at illegal parties, indoor events would be authorized to include no more than 10 people from a previous limit of 50, Ontario Premier Doug Ford said.

The cap on outdoor gatherings has been lowered to 25 from 100.