WHO warns of increased COVID transmission in Europe

The number of daily new cases has returned to levels not seen since the early stage of the outbreak. Adults of working age have contributed the most to the recent increase. 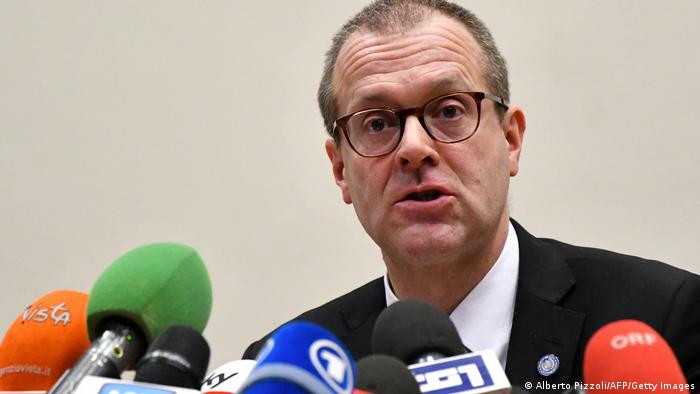 The World Health Organization (WHO) warned on Thursday that there were "alarming rates of transmission of the novel coronavirus throughout Europe" and cautioned against shortening quarantine periods.

The WHO's regional director for Europe, Dr. Hans Kluge, said a recent surge of more than 50,000 cases in 24 hours across the continent "should serve as a wake-up call for all of us." That is higher than the daily peak of 43,000 on April 1. However, many nations have dramatically increased testing capacities in recent months.

Dr. Kluge stated that people between 25 and 49 years old were the ones that were most likely to become infected with the illness in recent weeks, but added that there has been an increase in elderly people becoming infected, who tend to be most at risk of a serious or lethal bout of COVID-19.

"Although these numbers reflect more comprehensive testing, it also shows alarming rates of transmission across the region," said Kluge at a press conference in Copenhagen.

The WHO said there have been nearly 5 million COVID-19 cases and more than 220,000 related deaths within the 53 within WHO Europe — which includes some nations in central Asia.

Dr. Kluge said that there should be serious consideration before countries shut down again, as they did in March and April. He said many Europeans were experiencing "fatigue" from the ongoing pandemic. He said authorities should instead "focus on reducing harm, where and when possible."

That is still below the highest numbers of new cases seen in late March and April, but much higher than the daily number of new cases between May and July. Only a few hundred new cases were reported each day during the summer months.

Germany has now reported more than 265,000 cases, with 9,300 deaths stemming from the illness.

UK Prime Minister Boris Johnson, who was previously forced into intensive care due to the virus, warned that pubs would likely have to close their doors earlier in the night to avoid a "second hump" of coronavirus cases.

Residents in the northeast of England, including Newcastle and Sunderland, will no longer be able to meet people outside their homes or immediate social circles.

The rules will take effect as of Friday in a country with 40,000 deaths from the illness, Europe's largest tally to date in gross terms.

Austrian Chancellor Sebastian Kurz warned that the country was seeing a second wave of infections. The government announced that private indoor gatherings would be limited to 10 people or less. That extends to all parties, private events and meetings indoors.

The city of Madrid walked back on a plan for targeted lockdowns. The Spanish capital instead said it would "reduce mobility and contacts" in areas with many infections.

French police have reduced the audience capacity for the French Open from 11,500 fans per day to 5,000. The competition is scheduled to begin on September 21.

A group of wealthy countries have already secured the majority of promised stock of vaccines, a new study shows. Elsewhere, the pandemic leads to increased discrimination in Asia. DW wraps up the latest developments.