Analyst Paulo Casaca tells DW the US must keep an eye on a hostile China-Pakistan-Russia alliance in Afghanistan, and that Pentagon chief Jim Mattis is unclear about what he means by a regional solution to the conflict. 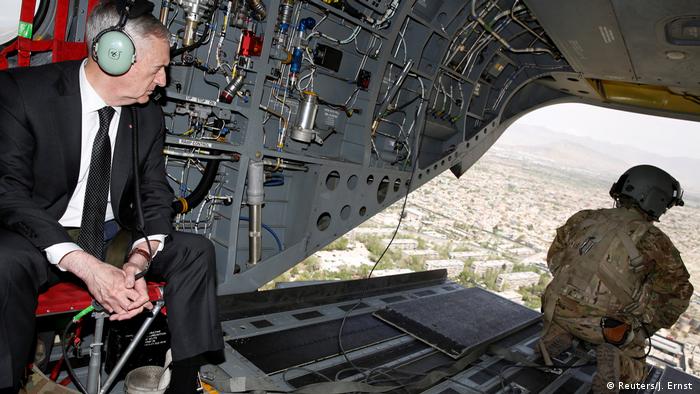 DW: Pentagon chief Jim Mattis (main picture) says the US will opt for a "regional solution" to the Afghan war. Since this is not a new recommendation, and former US president Barack Obama also sought the same strategy, what does the Trump administration want to achieve through it?

Paulo Casaca: I don't think that a decision has been made on this issue. Mattis was not very clear in his Congress speech about what a regional solution might mean. President Donald Trump has delegated the authority and responsibility for Afghanistan to Jim Mattis, which means the main thrust of the US' Afghanistan policy will remain militaristic. 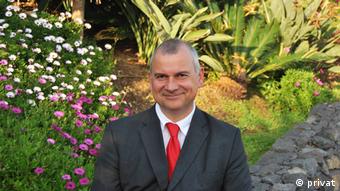 Paulo Casaca: 'Russia, China and Pakistan favor the inclusion of the Taliban in the Afghan government'

The regional solution implies that Pakistan should be seen as a "partner" and not as an "obstacle" to resolve the Afghan problem. How would that pan out this time?

It is now clearer than ever that accepting Pakistan as the solution rather than the problem to the Afghan conflict will doom any US military effort in Afghanistan.

- Is President Ghani a solution or a problem for Afghanistan?

How crucial is it to bring India and Pakistan on the same page to resolve the Afghan conflict? And will it be possible for Pentagon to convince Islamabad and New Delhi to cooperate on Afghanistan?

I think this option is not on the table. Russia, China and Pakistan clearly favor the inclusion of the Taliban in the Afghan government. They do not consider India or even the US as potential partners. In reality, the only factor that has brought these three countries closer together is the aim to keep the US and India out of Afghanistan.

China offered mediation to improve ties between Afghanistan and Pakistan. What is Beijing's interest in Afghanistan, and why is it increasing its role in the war-torn country?

The Chinese diplomacy is very active all around the world, and it is only natural that Beijing pays special attention to countries at its borders, and particularly when a country like Afghanistan is so destabilized.

China's reinforcement of its relations with Pakistan also means its closer ties with the Taliban.

Some analysts say that the Taliban do not depend on Pakistan as much as they did in the past? Do you agree with the assessment?

I think the analysis carries weight. Since the time when only Pakistan was willing to recognize the Taliban authority in Afghanistan to the present day, the Taliban have achieved a number of diplomatic successes. They have now direct contacts even with major powers such as Russia and China.

The most important development has been the partnership between the Taliban and Iran. Following the assassination of an Iranian diplomat in Mazar-i-Sharif in the 1990s, the relations between Tehran and the Taliban became very tense, to the point where Iran openly campaigned for the overthrow of the Taliban regime. But gradually, the situation has evolved to a point where Iranian authorities might have replaced Islamabad as the main provider of external support to the Taliban.

The main financial pillar of the Taliban is drug trafficking, and most of Afghan narcotics are traded through Iran.

The killing of the former Taliban leader Mullah Akhtar Mansour in Pakistan's Baluchistan province after his long stay in Iran also shows how close ties are now between Iran and the Taliban.

- Why is Russia so interested in Afghanistan all of a sudden?

How do you see the increasing involvement of Russia in the Afghan conflict, and will it hinder US efforts in the region?

Russia's realignment in Afghanistan, forging a strategic partnership with Pakistan and China and engaging with the Taliban, seems to be geared by a single objective: to confront the US wherever it is possible.

Russia is willing to emulate the policy the West adopted toward Afghanistan in the aftermath of the Soviet invasion of the country in the early 1980s. It is now supporting any group that can make the life difficult for Washington and its allies, ignoring the long-term consequences such as the dangers posed by jihadism to Russian security.

The US needs to realize it is facing a hostile tripartite alliance of Pakistan, Russia and China in Afghanistan. It must answer the challenge by promoting its own alliance with India and the European Union.

- 'Mother of all bombs' - what has it achieved?

But the biggest challenge is related to who will conquer another tripartite grouping - Tajikistan, Uzbekistan and Turkmenistan. These three countries depend heavily on both China and Russia, and it is clear that they do not want to create any friction with them. A lot will now depend on the maneuvering skills of the two alliances to forward their interests in the Central Asian region.

Paulo Casaca is founder and executive director of the Brussels-based South Asia Democratic Forum (SADF). He was a Portuguese member of the European Parliament from 1999 to 2009. Casaca is the author of several books and reports on economics and international politics.