Many Chechens are attempting to reach the border between Belarus and Poland in order to apply for asylum, but Polish border guards turn most of them away. Is Poland violating international asylum regulations? 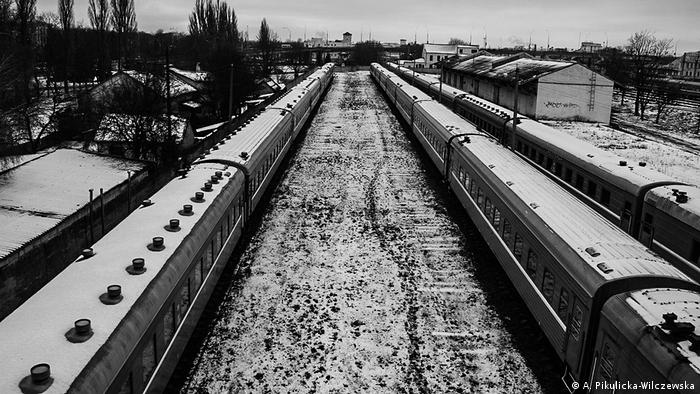 Fresh snow covers the tracks. The passengers on the regional train from Brest to Terespol are packed tightly together. Outside the window, kiosks with Russian signs advertising cheap cigarettes or exchange services flash by. The only sound is the clatter of the wagons. "Are we in Europe yet?" whispers one woman.

Brest is the most significant junction on the border between Belarus and Poland. The city once served as the western gateway to the Soviet Union. All manner of smuggled goods used to pass the checkpoint here, in both directions.

Now, it's refugees that attempt to cross this checkpoint on the EU's external border. According to Polish and Belarusian media, as many as 2,000 Chechens were gathered here waiting to enter the EU during the summer months. It's December now, and there are still many Chechen migrants milling about the train station. 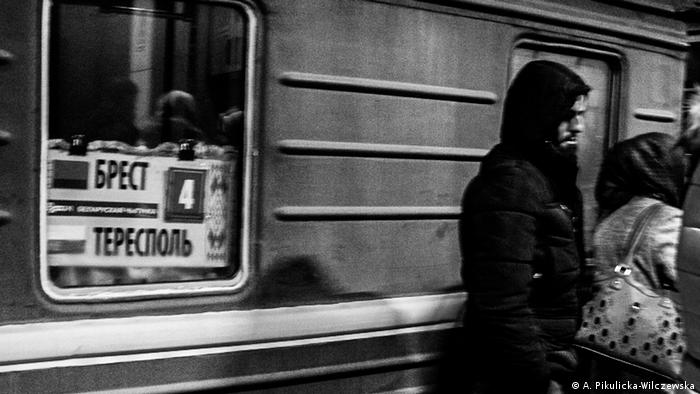 But even if they are permitted to leave Belarus, it doesn't mean that they will be allowed into Poland. After a 20-minute journey across the Bug River and through untouched countryside, the train reaches the Polish border station of Terespol. Today, the Polish border guards only permit one Chechen family - six people - to enter. And, as is the case every day, the rest have to take the next train back.

At the station in Brest, they're greeted by a throng of women. "They let my friend in," says Madina, a middle-aged Chechen. She herself has tried many times to enter Poland, but lately her attempts have become more infrequent. She doesn't have enough money to keep buying new train tickets. She spends her nights at the station, together with other families who also can't afford to rent an apartment anymore.

Madina has experienced worse things. During the Chechen war in the 1990s, she fled to neighboring Ingushetia. But when her relatives there also decided to flee, she wanted to go back home to Chechnya. "But someone was already living there," she said. "Someone who fought on the right side of that war. I went to the police, but a few days later, two men forced me into a car while I was at the bus stop. They drove me out of the city, threw me in a ditch, and threatened to kill me if I didn't retract my statement. I was terrified. No one stands a chance against [Chechen leader Ramzan] Kadyrov's people, especially not a woman on her own." 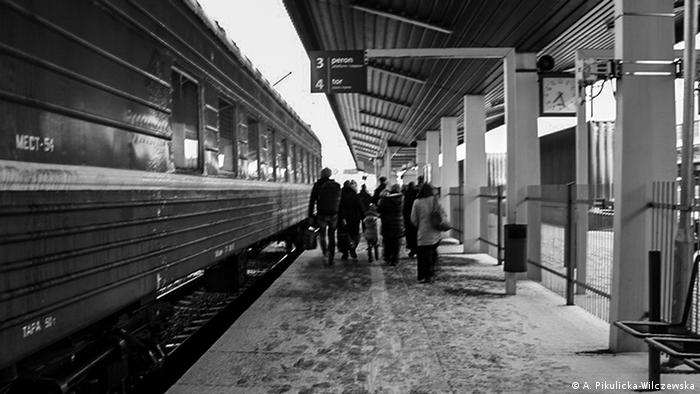 Terespol - asylum-seekers head to the boarder crossing with Poland

For Ruslan, a journalist, the situation in Chechnya also seems hopeless. "As long as [Russian President Vladimir] Putin is in power, there's no alternative to President Ramzan Kadyrov for us in Chechnya. Life was simpler when we were at war. There may have been bombings, but people helped one another. Now though, people live in a perpetual state of fear, and don't know whom they can trust. Torture is a fact of life here in Chechnya."

In the meantime, Poland's ombudsman for civil rights as well as Polish human rights groups have started looking more closely at the behavior of the Polish authorities. Their reports state that, as a rule, only two or three families are permitted to file an application for asylum, even if others also declare their desire to do the same. Around 90 percent of arrivals in Terespol are sent back. 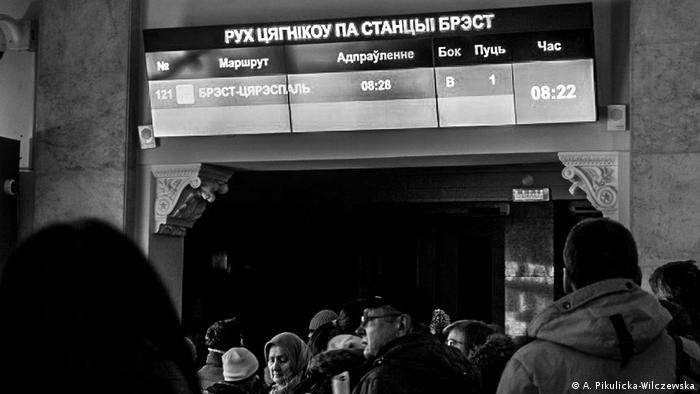 By the end of October this year, some 6,573 Chechens had applied for asylum in Terespol. Several hundred other applications were registered in different towns in Poland. These numbers from the authorities are not much higher than the numbers in the past year. That's despite a much higher number of migrants who were denied entrance in Terespol, from around 19,000 in 2015 to more than 78,000 this year. Many of those sent back are Chechens.

In the 1990s, Poland took in tens of thousands of Muslim Chechens - more than any other EU country. A large number of these people eventually moved on to settle in other Western European countries. Now though, policies are different. In August, Poland's Interior Minister Mariusz Blaszczak said he would not tolerate an influx of Muslims via Terespol, referring to the danger posed by Islamist terrorism. 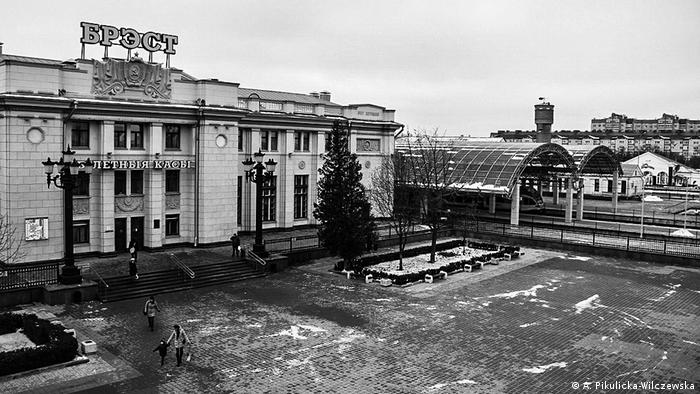 Brest train station - the final stop for many Chechen refugees

However, Warsaw's "closed border" policy is also affecting people from war regions. When 60 Polish residents of eastern Ukraine asked the Polish government for help in relocating to Poland at the end of November, their pleas fell on deaf ears. That's despite the fact that the ruling Law and Justice (PiS) party promised a repatriation program for people of Polish ethnicity in neighboring eastern states. The previous government on two separate occasions helped families from Donbass to return to Poland. The liberal Civic Platform in the city of Poznan has now said it is prepared to assist the 60 migrants.

EU citizens can no longer travel the direct route to Moscow via Belarus. They must resort to taking a long detour. What prompted Russia to make the change? (12.10.2016)

The flood of refugees coming to the EU through the Belarus city of Brest is growing. One can see them in trains between Belarus and Poland every day. Where are these people coming from, and what are they looking for? (10.08.2016)

Warsaw has denied entry to a group of Chechens trying to enter Poland from Belarus. This will protect the nation - and the EU - from terrorism. At least that's what Poland's interior minister has said. (31.08.2016)