Austria's right-wing government is working hard to drastically cut migration, with many applauding its efforts. Unlike in Germany, Austrians seem unable to protest the far right, Elizabeth Schumacher found in Vienna. 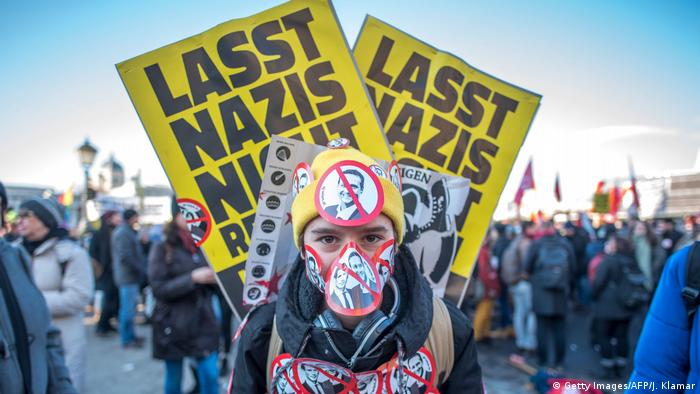 The mood in Vienna is jubilant: Austria has just debuted at the UN General Assembly as the current holder of the EU presidency, and last week the country hosted a summit meeting with European leaders in Salzburg. The Alpine nation has been enjoying the spotlight — and it's not just Chancellor Sebastian Kurz who is reveling in the attention: Legions of his supporters are, as well.

Whereas fans of the 32-year-old chancellor and his coalition government are vocal in their praise, such words would definitely raise eyebrows —and likely cries of protest — in much of Germany, which takes a strong stance against the far and extreme right.

When the far-right Alternative for Germany (AfD) entered the German parliament in 2016, it prompted outrage and soul-searching across the country. If the AfD holds a convention, protesters turn out by the thousands. When right-wing extremists attempt to capitalize on a tragedy to promote anti-migrant sentiment, counterdemonstrators come to outnumber them.

But in Austria, many people seem to have adopted a blasé attitude towards the fact that Chancellor Kurz's People's Party (ÖVP) rules in coalition with the far-right Freedom Party (FPÖ), which not only has ties to Nazi ideology but also has been forced to confront a string of anti-Semitic scandals in the past year. 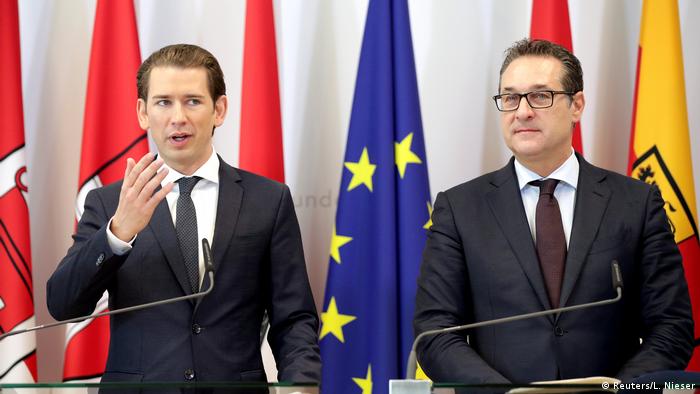 Protests accompanied the new government's swearing-in, but many Austrians are just as demonstrative in their support for the current political leaders. Recent polls show support for the ÖVP and the FPÖ at 34 and 24 percent respectively.

"The government is fighting for us Austrians," said Paul, a 38-year-old businessman in Vienna, as his friends nodded in agreement. "We have to stop people coming here just to claim benefits," he said, referring to the hard-line immigration policies the ÖVP and FPÖ have championed since taking office.

There has been some criticism, mostly from abroad, that some of Austria's new policies are draconian. But government spokesman Peter Launsky-Tieffenthal countered these claims by pointing to his country's role as a major landing point for asylum-seekers during the height of the European refugee crisis.

"Austria has accepted around 80,000 refugees and has come up to its humanitarian responsibility. That's the second most per capita in Europe," he told DW.

Nevertheless, Launsky-Tieffenthal stressed that Austria's main goal during its EU presidency would be "to fight illegal migration together with all our European partners."

Those partners include both German Chancellor Angela Merkel, who has striven for regulating migration without abandoning European values like tolerance, and Hungarian Prime Minister Viktor Orban, who once said on a stage shared with Chancellor Kurz that the goal of EU immigration policy should be to end non-Christian migration.

There is resistance to Kurz's archconservatism and the FPÖ's nationalism, but it is has become "paralyzed," says Paul Donnerbauer, a journalist originally from Salzburg.

Donnerbauer, who has been covering both Kurz and the FPÖ's recent string of scandals — including the revelation that several FPÖ lawmakers are former members of neo-Nazi fraternities — explained that "the 2017 [legislative] election deeply divided Austria."

When it comes to flagging opposition to Austria's far right, part of the problem could be that unlike Germany, Austria did not break with its own far-right past following World War II. Many Austrians happily accepted the narrative — one promoted by the victorious allies  — that they, too, had been the "first victim" of Nazi aggression through the 1938 takeover of Austria by Hilter's forces — and that none among them had been willing participants in the Holocaust. 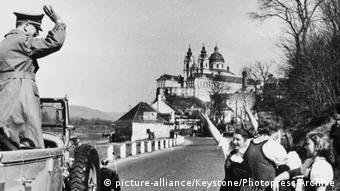 When Hitler drove into Austria during the 'Anschluss' takeover in 1938, many Austrians greeted him enthusiastically

"Far-right thought and racist ideologies continued to exist well after 1945. They were, if you will, democratized," through the statements and actions of the FPÖ, Donnerbauer said.

Unlike Germany's AfD, founded in 2013, the roots of the FPÖ go back to 1956. The party experienced a popularity boom in the 1990s, and while this occurred primarily at the regional level, the FPÖ's success helped keep the door of the national political spectrum open to far-right populist views.

"Over the years, they have pushed the limits of what is speakable and doable further and further in a certain direction," Donnerbauer explains.  In this context, "it's not really surprising that extremist events don't have to fear much pushback," he added, referring to the fact that far-right demonstrations like the annual meet-up in the town of Bleiburg, the largest neo-Nazi convention in Europe, usually sees less than 100 counterdemonstrators.

In contrast, following far-right and neo-Nazi unrest in the German city of Chemnitz, some 60,000 people showed up to demonstrate their solidarity against racism and xenophobia. 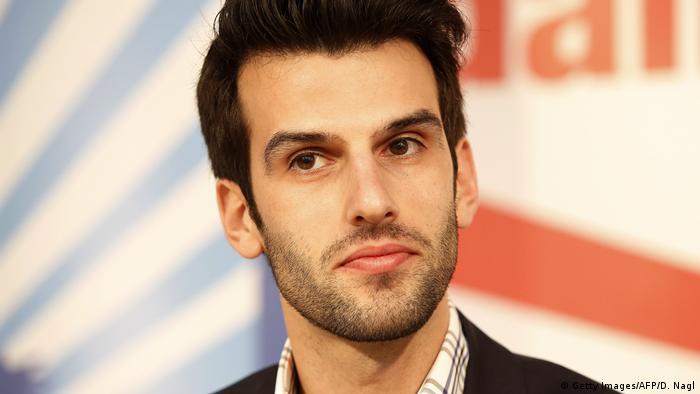 The head of the FPÖ youth organization, Udo Landbauer, resigned over a Nazi song scandal this past February

Launsky-Tieffenthal countered claims that his party is hostile toward Jews. "The FPÖ has distanced itself from any form of anti-Semitism. Vice Chancellor [Heinz-Christian Strache] has publicly stated that," he said, referring to the party's chairman.

"No government has done more than this once to fight against anti-Semitism," he added, alluding to plans for an expansive new Holocaust memorial in Vienna, as well as recent displays of solidarity Kurz has made with Israeli Prime Minister Benjamin Netanyahu.

In Germany, members of the AfD complain that if their party affiliation becomes known, they are hounded at work and their children are taunted at school. For Germans, dealing with the consequences of their country's far-right past is part of their public national identity. Many are ready to shout down AfD supporters and counter their claims at any moment.

Quite the opposite seems true in Austria, where many FPÖ supporters are only too ready to talk about the great things their government is doing to stop "illegal immigration" — and too many in Vienna's cosmopolitan cafes seem willing to listen.

Austrian Interior Ministry under fire for plans to curb media

Austrian police should minimize the amount of information they share with "critical" media outlets, according to a leaked email. The ministry, controlled by the far-right FPÖ, wants more focus on suspects' nationalities. (25.09.2018)

In an exclusive interview with DW's Conflict Zone, Austrian Foreign Minister, Karin Kneissl, discussed migrants, the rule of law in Europe and Vienna’s relationship with Moscow. (20.09.2018)