Austria's chancellor has pledged to ban a controversial student fraternity for promoting neo-Nazi ideas. The group faced widespread criticism after reports revealed it had printed songbooks celebrating the Holocaust. 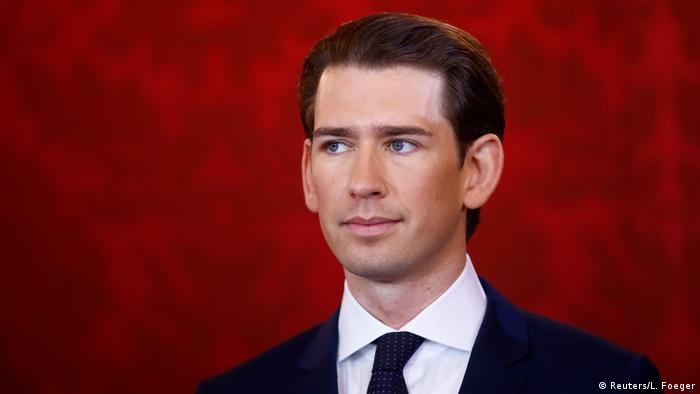 Austrian Chancellor Sebastian Kurz told reporters on Wednesday that he would launch proceedings to shut the fraternity down.

The decision follows an outcry over revelations the group "Germania zu Wiener Neustadt" used a songbook that praised the Holocaust and other the atrocities committed by the Waffen SS and Nazi paratroopers.

The scandal deepened after it emerged that a lawmaker from the far-right Freedom Party (FPÖ), Udo Landbauer, had until recently served as the fraternity's vice-chairman. Landbauer, who ran as a candidate in local Austrian elections on Sunday, said he had never heard the songs sung.

Kurz described the book as "racist, anti-Semitic and absolutely repugnant," saying that "there cannot be a place for that in our country."

Prosecutors have also launched an investigation into four individuals linked to the songbook's production. On Tuesday, the center-left opposition Social Democrats confirmed that one of their members, who allegedly illustrated the songbook, was among the suspects. The man had been expelled from the party.

According to media reports, one of the songs in the book, printed in 1997, included the lyrics: "Step on the gas, old Germanics, we can make it to seven million."

An estimated 6 million Jews were killed in the Holocaust during World War II, many of them in gas chambers in Nazi concentration camps.

The FPÖ was established by former Nazis in the 1950s, but the party has sought to distance itself from anti-Semitism. In the past, Kurz has defended his junior coalition partner, saying that the party should be judged on its current policies, not its past actions.

Austria's constitutional court has ruled government seizure of Adolf Hitler's childhood home in Braunau am Inn was lawful. The Austrian government had seized the home because it was a meeting place for neo-Nazis. (30.06.2017)