In Braunau am Inn, Austria - the town of Adolf Hitler's birth - there is concern the site may become a pilgrimage for Nazi sympathizers. Now, a man dressed as Hitler's doppelgänger has been arrested under anti-Nazi laws. 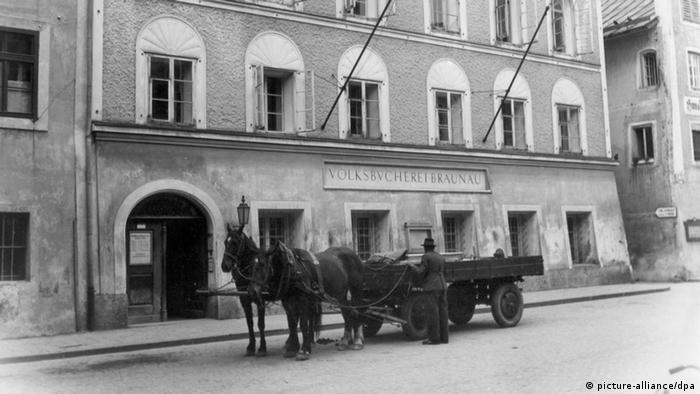 An Austrian man was arrested on Monday after appearing in Nazi dictator Adolf Hitler's birth town of Braunau am Inn dressed as Hitler.

The man was detained in his flat in the northern Austrian town of 17,000 inhabitants, which sits on the southern German border.

Multiple reports stated that a man was appearing in public dressed in Hitler's uniform, as well as sporting a haircut and moustache that resembled the dictator's trademark visage. Locals had spotted the costumed man around town at sites including Hitler's birth house and a local bookstore, where he browsed through magazines about World War Two.

The "Oberoesterreichische Nachrichten" newspaper reported that the man had also appeared in a local bar and identified himself as "Harald Hitler."

The arrest was predicated on a 1947 Austrian law that made it illegal to promote Nazi ideology.

The house where Hitler was born has been at the center of a legal debate for several years. The Austrian government wants to remove the current owner to raze the building in order to prevent the site from becoming a pilgrimage site for Nazi sympathizers.

However, the current owner of the building has challenged the government's attempt in court.

Hitler was born in the town in 1889 before leading Nazi Germany for 12 years, ushering in World War Two and the Holocaust.

The end for Hitler’s birth house?