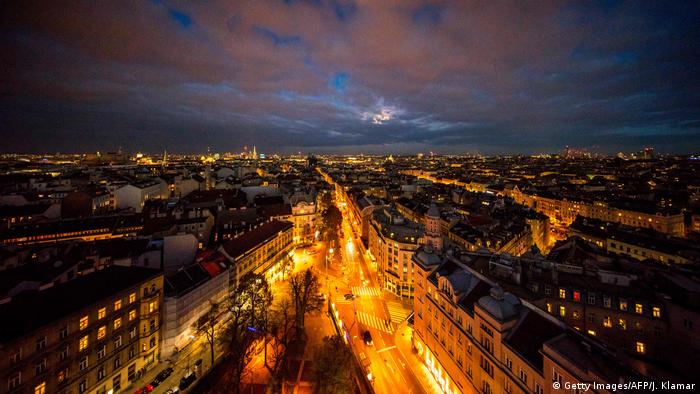 Top Austrian officials have called on Germany to clarify reports that its BND spy agency snooped on high-profile targets including embassies, international organizations, Austrian ministers and banks based in the Austrian capital.

"The scale of the surveillance was enormous," Austrian Chancellor Sebastian Kurz said of the spy effort, which reportedly involved around 2,000 targets and took place between 1999 and 2006.

Talking to reporters at a specially convened press conference in Vienna, Kurz said his government had already contacted German authorities and demanded more information on who was spied on and when the effort was ended.

"We want to have certainty that [the surveillance] ended, and if data were saved, our request is of course for it to be deleted," Kurz said.

Earlier this week, Austrian newspaper Der Standard and profil magazine reported that Germany's BND was mostly snooping on diplomatic representatives in Vienna, including embassies of the US, Iran, Iraq, Pakistan, Libya, Afghanistan, Israel and North Korea.

The agency also monitored phone numbers and other means of contact in the Organization of Petroleum Exporting Countries, the Organization for Security and Cooperation in Europe and the International Atomic Energy Agency. The BND was apparently also keeping tabs on dozens of private companies, including weapons manufacturers and other key exporters, but also Austrian ministries, Islamist movements and even the country's news agency APA.

The two media outlets said the information was provided to them by a German source.

However, it was not immediately clear if the latest revelations were linked with a similar scandal in 2015, when the BND was accused of helping US intelligence agencies spy on several European countries, including Austria.

Following revelations by NSA whistleblower Edward Snowden in 2013, German Chancellor Angela Merkel slammed the US for its extensive spying on targets in Germany. "Spying among friends is not at all acceptable," she famously said in the wake of the scandal.

The quote came back to haunt Merkel with the subsequent revelation of BND's role in the spying.

On Saturday, however, Austrian President Alexander Van der Bellen seemed to echo the comments by saying that "spying among friendly states is not just unusual and unwanted, it's unacceptable."

In Germany, a parliamentary committee in charge of controlling the intelligence agencies said it was already looking into the allegations and attempting to determine how much of it was new information. It announced that the first results should be expected by the end of the coming week.