Crypto-phones for Merkel and Co.

The German government wants to increase its anti-spying protection. 3,000 crypto-phones have been distributed to the administration so far. The Chancellery and the White House are negotiating "principles among friends." 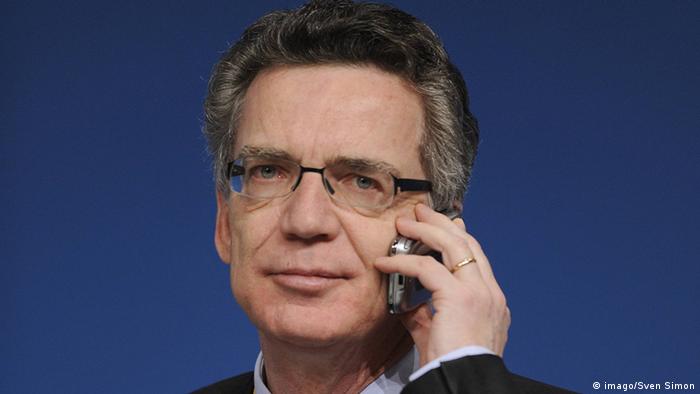 Spying on the German government is getting more complicated for foreign intelligence services after Berlin has purchased a number of so-called crypto-phones. A government spokesman said 3,000 mobile phones with the encoding technology have been distributed to the federal administration. The government plans to purchase additional phones optimized for security.

The spokesman did not confirm a report by tabloid newspaper "Bild," which cited a confidential document claiming the government expected to buy 20,000 crypto-phones. With an estimated price of approximately 2,000 euros ($2,690) per unit, the costs for that bulk purchase would be 40 million euros.

But experts disagree as to how secure the crypto-phones really are. Allegedly, the phones only meet the lowest protection standard. The government's motivation for acquiring them is likely the revelation by former NSA contractor Edward Snowden that German Chancellor Angela Merkel's phone was tapped by US intelligence services.

Chancellery and White House are negotiating

At the moment, Chancellery Minister Peter Altmaier (CDU) and White House Chief of Staff Denis McDonough are negotiating the future cooperation of the two countries' secret services. On Monday, Altmaier said on German TV that Germany has to protect the integrity of its legal system. He added that Washington understood that cases of espionage like the recently discovered CIA agent working at Germany's foreign intelligence agency cause great political damage.

Altmaier reported that he had initial, intense talks last week with McDonough about intelligence services. He said they were trying to agree on working terms for the future because of the many global crises in which a cooperation with American secret services would be necessary. At the moment, Altmaier is talking to the US about the basics for such a cooperation.

Hans-Georg Maassen, the president of the Federal Office for the Protection of the Constitution, said in an interview with the daily "Frankfurter Allgemeine Zeitung" that he expects "an allied intelligence service to tell us when someone offers himself as a source" for secret information. Maassen confirmed that the German domestic intelligence service will also increase its counterintelligence measures against friendly states. "When the Americans tap data lines in Germany or even have human sources, they violate German law. Enough is enough."

Interior Minister Thomas de Maiziere (CDU, pictured), Foreign Minister Frank-Walter Steinmeier (SPD) and Chancellery head Altmaier have recently agreed that German intelligence services should also control the activities of secret services from friendly nations. Until now they have abstained from it. De Maiziere has spoken of a transition to a "360-degree view" of counterintelligence.

Top US spy in Germany leaves the country

The top US spy in Germany has departed the country. Authorities in Berlin had requested he leave amid a mounting controversy over American spying operations inside Germany. (17.07.2014)

US spying on America’s most important ally in Europe is not just criminally stupid, but counterproductive, writes John Hulsman. His conclusion: It’s high time President Obama gets some grown-up advisers. (15.07.2014)