NSA spying triggered a severe backlash from the German public, further damaging the US' reputation. But the BND has also been found with dirt on its hands. Spying among friends is not such an unusual practice in Berlin. 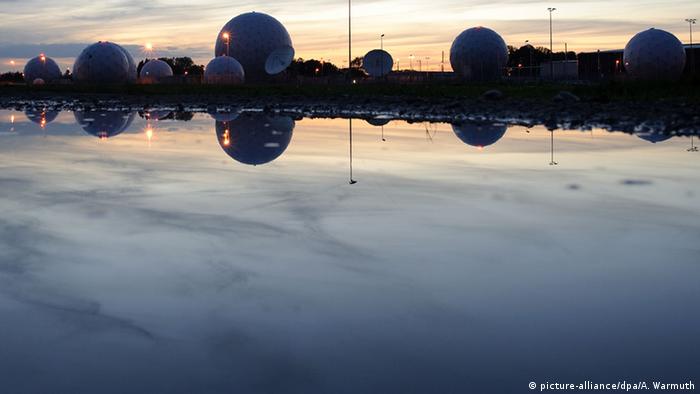 "Spying among friends is not acceptable," Chancellor Angela Merkel said, responding at the time to allegations that the National Security Agency had tapped her cell phone. Two years later, Germany doesn't look as innocent as its elected leaders originally let on.

Germany's foreign intelligence service, the BND, has been snooping on US and other allied assets, Radio Berlin-Brandenburg reported on Wednesday. Those targets included the Federal Bureau of Investigation and the aerospace company Lockheed.

French Foreign Minister Laurent Fabius, German diplomat Hansjörg Haber and humanitarian organizations such as the World Health Organization and the United Nations childrens agency UNICEF were also allegedly spied on by the BND.

According to Jonathan Laurence, "there was something that was always half hearted" about Merkel's response to the NSA revelations.

"There never were consequences or sanctions for the revelations," Laurence, an expert on US and European foreign policy at Boston College, told DW. "Snowden has still not been granted asylum in Germany, and there has not been any significant downgrading of the relationship." 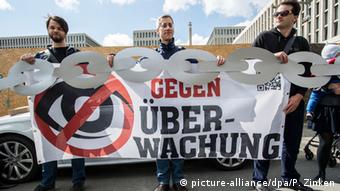 September demonstration in Berlin against surveillance

In the aftermath of the NSA revelations, Berlin called for Washington to swear off espionage in Germany through a bilateral no-spy agreement. Although the German government knew that Washington had not agreed to anything concrete, Berlin publicly announced that an agreement was on the way, according to the daily Süddeutsche Zeitung.

"There was some self-righteousness that's understandable in a domestic political context," Laurence said of the German government response to the NSA revelations. "The message that the chancellor has to send to the electorate is that German sovereignty is inviolable."

The strong public backlash in Germany against NSA surveillance is rooted in the historical experiences under the Gestapo secret state police during World War Two and Berlin's Stasi ministry for state security in East Germany, according to Reginald Dale with the Center for Strategic and International Studies.

"That's always said to have bred a neurotic fear of any sort of snooping, particularly on individuals, which is why there was such a reaction when one of Chancellor Merkel's cell phones was apparently bugged," Dale told DW in a June interview.

According to Daniel Hamilton, an expert on transatlantic relations at Johns Hopkins University, "much in the German debate is simply naive," particularly the perception among the public that spying somehow ended with the Cold War.

"The idea that the German chancellor would not know that countries do this, including her own country, is hard to believe," Hamilton told DW. "If she did know, then why would she have helped create this climate of antagonism against the United States knowing that her own government was doing the same thing?"

The controversy over Germany's own espionage activities has been on a slow burn for months as new allegations continue to emerge. In October, the chancellor's office submitted documents to parliament detailing the BND's espionage activities, according to Der Spiegel news magazine.

Targets included diplomatic missions of the US, France, Great Britain, Sweden, Portugal, Greece, Spain, Italy, Austria, Switzerland and the Vatican; the interior ministries of Austria, Poland, Denmark and Croatia; the US Treasury Department in Washington and non-governmental organizations such as Care International, Oxfam and the International Red Cross.

In April, the daily Süddeutsche Zeitung reported that the BND spied on the Elysée Palace, the French Foreign Ministry and the EU Commission in cooperation with the NSA.

The BND also knew that the NSA was spying on corporate targets such as Airbus and Siemens, according to Der Spiegel. In August of 2014, the news magazine reported that the BND had recorded the conversations of US Secretary of State John Kerry and his predecessor Hillary Clinton. The recordings were said to have occurred accidentally.

According to Laurence, the growing allegations demonstrate how Germany has become a "normal" nation-state. Berlin increasingly wields the same tools of power as Paris, London and Washington. That includes espionage, which is "one instrument in the vast kit of state making," Laurence said.

"The reality...is that where countries can gain an advantage they will," Laurence continued. "And that obviously includes Germany, which has done a fine job of standing up for itself in recent years."

An NSA catchword surveillance list contains numerous European and German targets, according to a German news magazine. According to its report, a German federal investigator has concluded that US spying was widespread. (30.10.2015)

The Ministry of Defense in Tirana said that two Albanian soldiers were injured trying to stop the trio. Albanian PM Edi Rama said the three individuals under arrest are "suspected of espionage."