An NSA catchword surveillance list contains numerous European and German targets, according to a German news magazine. According to its report, a German federal investigator has concluded that US spying was widespread. 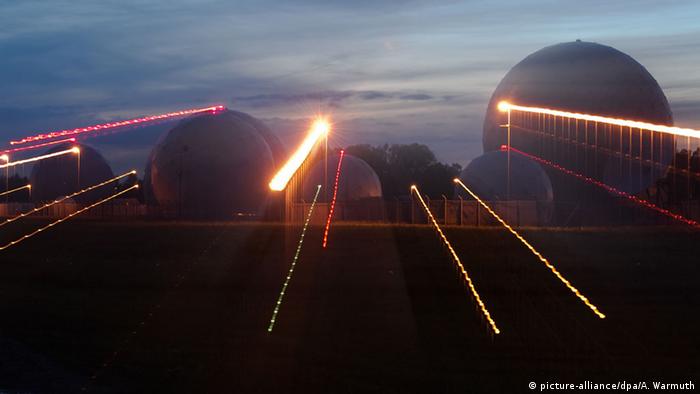 Graulich, who was appointed by Chancellor Angela Merkel's coalition in July, is due to submit his 300-page report next Thursday to the German parliament's inquiry into the activities within Germany of the US National Security Agency (NSA) from 2004 until late 2013.

"Spiegel" said Graulich, who was given the task of checking the secret list on parliament's behalf, had uncovered a "surprisingly large number" of European targets on a list said to have been disallowed by Germany's BND foreign intelligence agency on the grounds that they violated European or German interests. 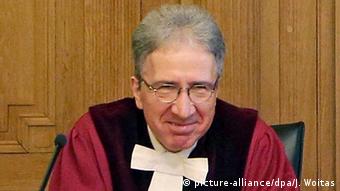 That list contained 39,000 catchwords - mainly email addresses, but also telephone and fax numbers - which the BND was supposed to comb out before using catchwords at its Bavarian electronic eavesdropping node at Bad Aibling (pictured above), a former US surveillance facility.

Almost 70 percent of those catchwords supposedly prohibited by the BND related to government institutions as well as firms located in EU countries. Sixteen percent of the list related to telecommunications users within Germany, "Spiegel" added.

Reuters subsequently reported that Graulich had found listings with the email addresses of the "whole" headquarters staff of European governments.

"Spiegel" said the American agency had not reacted to Graulich's request that the NSA explain its intended listings which had been in breach of contractual arrangements.

Graulich had concluded that liaison work between the NSA and the BND was "neither transparent nor steerable for the German side," according to "Spiegel".

It quoted him as saying the catchwords he had sighted amounted to "qualitatively grave breaches" by the NSA.

Germany's intelligence activities are supposed to be controlled by a high-level Bundestag committee, the Parliamentary Control Committee (PKG), comprising a cross-section of representatives of governing and opposition parties.

Last week, the opposition Left party representative André Hahn who chairs the PKG told the German DPA news agency that problematic catchwords had been used by the BND to scan world data flows until 2013, when a former Merkel aide Ronald Pofalla was in charge intelligence coordination.

PKG vice chairman Clemens Binniger, a member of Merkel's Christian Democrats, told DPA that it was assumed that some of the BND's catchword usage had not been legally covered.

"Spiegel" reported at the time that the BND had spied on embassies and institutions of other EU nations and partner countries, including those of France and the US.

Opposition Greens representatives Hans-Christian Ströbele said he was not allowed to give details, but had had no grounds to deny Spiegel's report. 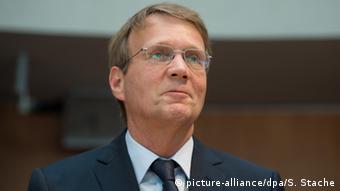 Graulich was appointed as a "trusted individual" to view the catchword list held by the BND after Merkel's government baulked at the prospect of the US objecting to such lists being forwarded to the Bundestag's NSA inquiry members.

Allegations that the BND could have been complicit in NSA surveillance have mounted since widespread revelations that extended to American tapping of Merkel's mobile phone.

Surveillance is an especially sensitive issue in Germany because of widespread abuses of civil rights during the former Nazi and Communist eras.

The European Parliament has called for Edward Snowden to be protected from extradition. The American surveillance whistle-blower was granted asylum in Russia in 2013 after exposing mass surveillance by the US. (29.10.2015)

US and EU scramble for new data-transfer deal

The invalidation of an agreement that allows personal data to flow between Europe and the US has prodded officials to search for a new solution. Facebook and NSA mass surveillance are at the center of the debate. (26.10.2015)

It appears that Germany's Federal Intelligence Service, the BND, failed to anticipate the breathtaking speed with which the Taliban would sweep across Afghanistan and capture Kabul. What went wrong?