US surveillance in Germany has been depicted as normal by the former head of Germany's BND foreign intelligence agency. August Hanning says "everyone" must anticipate telephone eavesdropping. 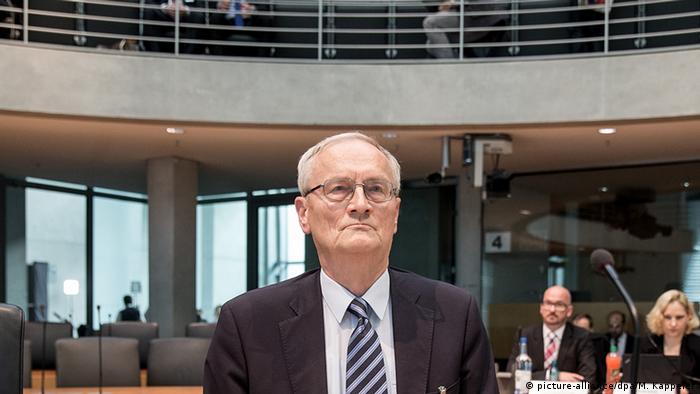 Hanning told the German parliament's inquiry into activities of the US National Security Agency (NSA) on Friday that he had "little time" for Chancellor Angela Merkel's stated abhorrence to "spying among friends."

In October 2013, after learning that her mobile phone had been tapped, Merkel complained to US President Barack Obama, reportedly saying: "Spying among friends, that's just not on."

Hanning (pictured above) said he had had no prior concrete evidence that Merkel's phone had been tapped and then told the inquiry committee members in Berlin:

"I wish to clarify that you must of course reckon that everyone who communicates openly will be wiretapped."

"I am not surprised that German targets were spied upon," Hanning added.

In Germany's case, he said message interceptions had led to the foiling in 2007 of the so-called Sauerland cell. The group of four Islamists was accused of planning car bombings at nightclubs, airports and US installations in Germany.

A Düsseldorf court jailed the four men in 2010 to terms of between four and 12 years. The leader's wife was later jailed in Berlin for two-and-half years.

Hanning, who headed the BND - Germany's foreign intelligence agency - between 1998 and 2005 told the committee he could not remember "technical details" of alleged eavesdropping cooperation between the NSA and BND. 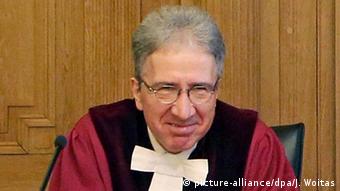 In April, the federal parliament's committee learned that the BND's Bad Aibling listening post in Bavaria was given search criteria by the NSA such as telephone numbers, email and Internet addresses of European firms and political figures.

Germany's government refused to hand those listed criteria to the committee on the grounds that the Americans did not approve and instead appointed a former senior judge, Kurt Graulich, as an "trusted" intermediary to examine the list.

Last month, the opposition Greens and Left parties filed a complaint with Germany's constitutional court in Karlsruhe on the grounds the parliamentarians had the right to control the secret services.