German public radio is reporting that the country's foreign intelligence service spied on targets including the FBI, US arms companies and UN bodies. The BND is already being investigated by an oversight panel. 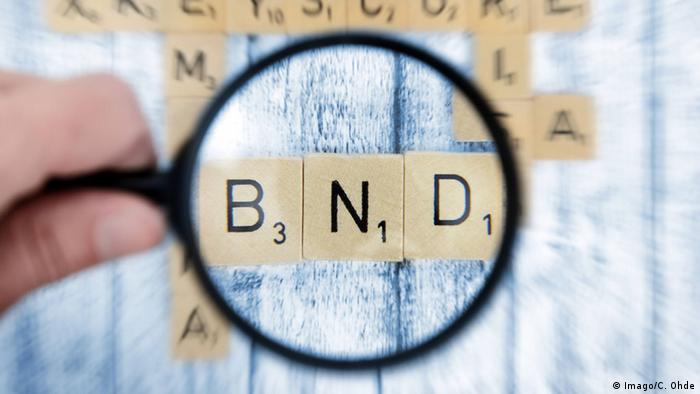 The revelations broadcast by rbb-Inforadio on Wednesday add to a growing list of friendly targets the BND intelligence service allegedly spied on.

Without identifying the source of its claims, the Berlin-based radio station said the agency had eavesdropped on the International Criminal Court in The Hague, the World Health Organization, UNICEF, French Foreign Minister Laurent Fabius and a German diplomat. Also on the list were "many European and American companies, including weapons makers such as Lockheed of the United States," the report said.

In a possible violation of the constitution, the BND allegedly monitored Hansjoerg Haber, a German diplomat who headed a European Union observer mission to Georgia from 2008 to 2011. Spying on German citizens is only allowed with permission from a special commission. Haber is now the head of the EU's mission in Turkey.

Sources told German press agency DPA that Haber and Fabius may have been targeted because of their work as diplomats with international organizations that might have been considered fair game for spying.

BND officials have declined to comment on the report, but the parliamentary committee that oversees Germany's intelligence gathering bodies was due to meet later in the day. Government spokeswoman Christiane Wirtz also declined to comment directly on the allegations. However, she told reporters at a regular press conference in Berlin that "the duties of the BND do not include political reconnaissance work against partner countries."

She added that the claims would be "comprehensively investigated" and that BND chief Gerhard Schindler still had the "full confidence of the German government."

Privacy has been hotly debated in Germany since revelations about the extent of the US National Security Agency's spying activities were leaked by its former contractor Edward Snowden in 2013. Snowden's leaks revealed widespread US surveillance in Germany, including the bugging of Chancellor Angela Merkel's mobile phone. Following those reports, Merkel angrily told Washington that "spying among friends isn't on."

The scandal deepened earlier this year with allegations the BND had indirectly helped the NSA spy on politicians and business in Europe, including the French government, the European Commission and Airbus Group. A parliamentary oversight committee is currently investigating whether the BND overstepped its legal boundaries.

Last month, Justice Minister Heiko Maas called for tighter controls on the agency after reports its spies had also targeted embassies of allied countries without the government's express permission. The spying scandals have created unease in Germany, where citizens were subject to extensive surveillance by Communist East Germany's Stasi secret police and by the Nazi-era Gestapo.