A German media report has implicated Germany's foreign intelligence agency in helping the NSA target European interests. The revelation has prompted politicians to call for an end to the collaboration. 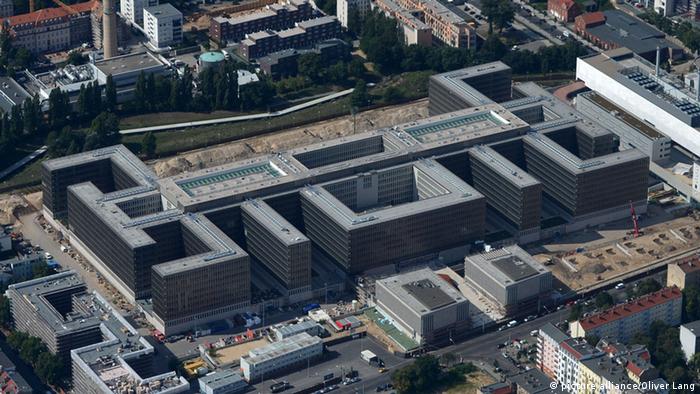 The German Intelligence Agency (BND) assisted the US National Security Agency (NSA) in spying on European targets, including German interests, according to a report in Spiegel Online on Thursday.

The BND provided signals intelligence (SIGINT) for the NSA in more than 40,000 instances, according to the report. One of the targets was the Airbus Group, an aerospace and defense manufacturer.

The type of information the BND is allowed to collect is said to be strictly regulated by German law. The German spy agency is reported to have passed on Internet IP addresses as well as mobile phone numbers to the NSA.

German government spokesman Steffen Seibert said the BND had been asked to "thoroughly clarify this complex matter." He added in a statement that the government had no proof of "massive eavesdropping against German or European citizens."

Members of a German parliamentary inquiry committee stopped a meeting Thursday after the new information was published.

Left Party leader Gregor Gysi called the collaboration a "scandal" and demanded an end to "conformism with the US administration."

"The limit has now been exceeded. The chancellor must explain the situation," Konstantin von Notz, deputy parliamentary leader of the Greens, told the daily Leipziger Volkszeitung. 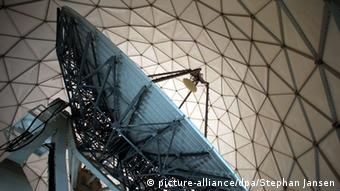 The BND reportedly passed on 40,000 pieces of information to the NSA

Von Notz added that he found it "hard to imagine" that the chancellor's office was unaware of the spy agencies' cooperation. The Chancellery is responsible for overseeing the work of German intelligence agencies.

Spiegel Online, however, reported that rather than inform the chancellor's office of the cooperation, a mid-level manager at the BND requested the NSA cease to make such requests.

This is not the first case of the NSA and BND having worked together. In March of 2014, the Süddeutsche Zeitung newspaper reported that the BND supplied the NSA with German citizens' communication data from 2004 to 2008. The operation was called the Eikonal project.

The report brings to light a growing trend of mass data collection by intelligence services, which was first revealed when former NSA contractor Edward Snowden leaked information regarding the US agency's practices.