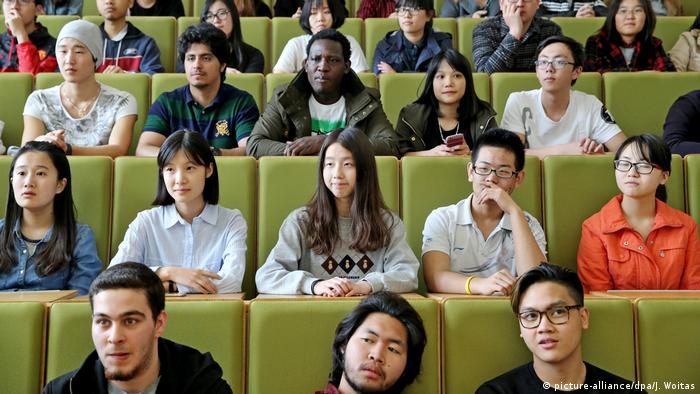 Students from many countries, including those from Asia, sit at a lecture hall at a university in Zwickau, Saxony

"Hey Chinese, Asian, why are you here?" These words were directed at Zacky, an Indonesian student in Germany, as he walked down a street in Berlin. Once he was actually hit by a man while walking near the city's Museum of Natural History.

Puspa, an Indonesian like Zacky and a student at the University of Bonn, has also had her share of racist experiences. She was walking home from a friend’s house on New Year's eve when "someone threw a firework at me," she said. Based on prior experience, she was "pretty sure" it happened because she was wearing the hijab.

Berlin-based Chinese documentary filmmaker Popo Fan recounts harrowing experiences with racism in the Berlin subway. In 2019, before the pandemic, Fan was at Kottbusser Tor station and a person told him to "f*** back to China."

When the incident in the underground occurred, there were seven or eight people present. "No one helped me at all, no one even looked," he said. "They were on their phones or just turned their head."

While racist attitudes towards people of Asian origin have been in focus following the outbreak of the COVID-19 pandemic and its alleged origins in the city of Wuhan in China, prejudices against Asians have long been evident in Germany.

Under the Nazi regime, Chinese living in Germany were expelled or deported to concentration and forced labor camps. But the most widespread anti-Asian racism would occur in the decade after German reunification.

The targets were mostly migrants from Vietnam who initially came to East Germany as part of a program to bring in workers from other communist regimes. Almost 60,000 contract workers from the Southeast Asian country were living in East Germany when the Berlin Wall fell in 1989. 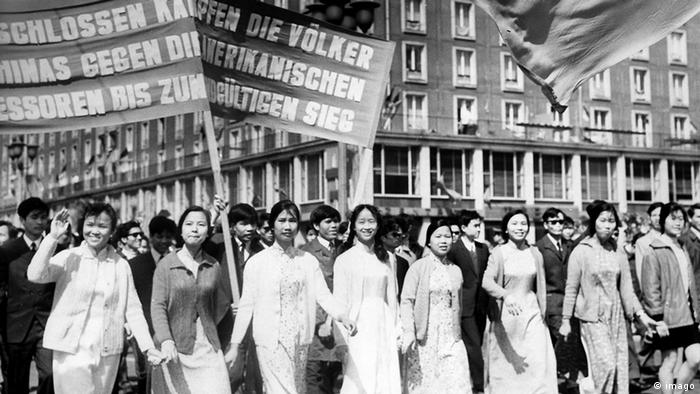 Two years later, neo-Nazis attacked Vietnamese traders in Hoyerswerda in Saxony. They also formed a mob outside a migrant shelter and hurled abuse at the residents.

The worse anti-immigrant riots also took place in Rostock-Lichtenhagen in 1992, when around 2,000 right-wing extremists attacked and fire-bombed a housing block filled with Vietnamese contract workers. Thousands of onlookers reportedly applauded the extremists, while the police did little to stop the attacks.

"This image shaped many people who are fighting against racism in Germany today," said Ferat Ali Kocak, a Berlin-based anti-racism activist. "It became clear to us that for various reasons, anti-Asian racism, even if it's not always visible, is strongly anchored in German society." 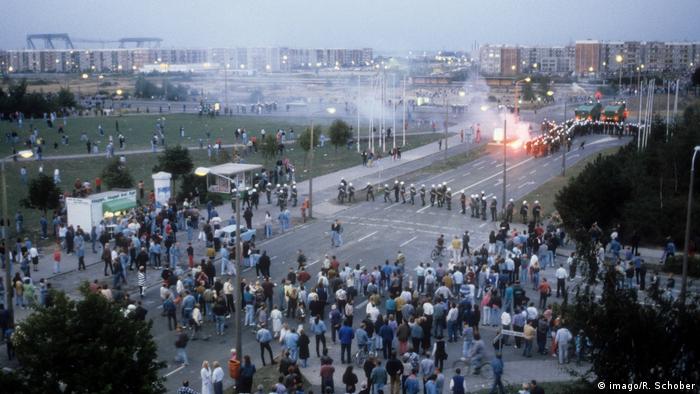 Since the COVID-19 outbreak in Germany last year, this prejudice has become increasingly visible. Filmmaker Pop Fan recalls being yelled at and called "corona" in the subway. "I went to the police and told them they must do something. They did nothing. I asked them, what are you waiting for? For me to be shot by a gun?" he recalled

Fan has since decided to keep his distance from the public transport system in Berlin. The experience brings back traumatic memories.

"You don’t have COVID, do you?" a friend asked Michelle, a Bonn-based young Chinese professional. While the comments could be interpreted as racism, Michelle nonetheless says she understands why people behave this way.

"It’s only human and there is this association with China because the virus probably originated there," she told DW. She describes discrimination within China itself related to the virus, with people from Hubei province — where the first COVID cases occurred — having been socially stigmatized and locked up in their houses.

Anti-Asian racism in Germany takes many forms, says Popo Fan, who notes that German television barely features Asian characters. Even when Asians do appear on screen they tend to portray stereotypes such a "waitress in an Asian restaurant," or a "young girl working in a spa," he said.

The prejudices also seep into the dating world. "In the queer community, there is also a stereotype," said Fan. "Men on Grindr [a location-based social networking and online dating application for members of the LGBT+ community] say that they won’t hook up with Asian men because they hear it’s like having sex with a dolphin. It’s such an awful thing to say."

Another example of anti-Asian racism in the German media recently made headlines when Matthias Matuschik, a presenter on Bavarian radio station Bayern 3, compared K-pop boy band BTS to the COVID-19 virus after they covered the Coldplay song "Fix You." He described BTS as "some crappy virus that hopefully there will be a vaccine for soon as well."

The social media backlash was global.

Yet Michelle, the young Chinese woman living in Bonn, says she feels accepted in Germany. "People needing directions often come up to me and ask for help even though I look foreign," she says. Initially, she did sense some discrimination, but she believes it could be attributed to cultural misunderstandings. "Germans are direct," she said, adding this has changed in recent years. "They laugh much more."

Youth 'taking to the streets' over racism

Meanwhile, German youth are engaging more with issues like racism and are often more open and accepting, according to Frank Joung, host of the Halbe Katoffl (Half Potato) podcast which promotes dialogue between Germans from immigrant backgrounds.

"They [young people] chat with people all over the world, they are connected through apps, they listen to K-pop, watch Black Panther. I think, for them, it’s a logical way — they are not even thinking about who is 'Black' or 'white'," he said.

Anti-racist activist Kocak shares the sentiment. "With the Black Lives Matter movement and the anti-racism movements after Hanau, something has happened," he said, referring to the February 2020 mass shooting at a shisha bar that killed several people of Turkish descent in the city near Frankfurt.

"We live in an unjust world here and we need much more solidarity," Kocak added. "Young people are realizing this right and taking to the streets."

Whenever someone who looks East Asian coughs, they should not automatically be blamed for the China coronavirus outbreak. The stereotype is wrong, and finger-pointing will get us nowhere, says Dang Yuan.