Right-wing extremism 25 years after Rostock-Lichtenhagen | Germany | News and in-depth reporting from Berlin and beyond | DW | 15.08.2017

August 24, 1992, marked a dark day in Germany's postwar history as right-wing extremists attacked a refugee home in Rostock-Lichtenhagen. Twenty-five years on, experts met in Berlin to assess how far Germany has come. 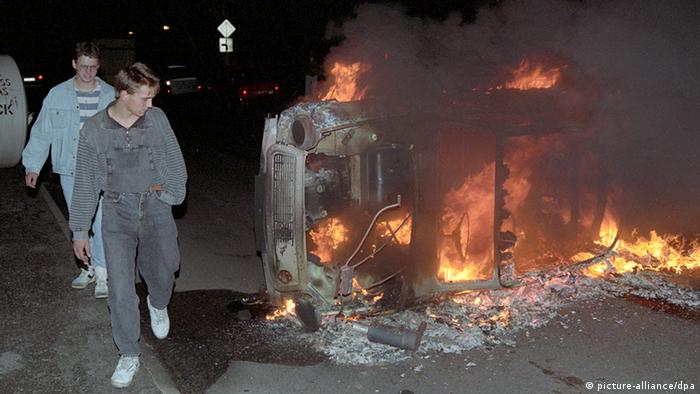 On the night of August 24, 1992, about 2,000 right-wing extremists descended upon Rostock-Lichtenhagen's Sunflower House, a large apartment building that was home to Vietnamese contract workers and also served as the northern town's central reception center for asylum applicants. The mob chanted "Germany for the Germans!" and "Foreigners out!" as they threw Molotov cocktails at the building.

Thousands of locals stood by and watched; some applauded. Police failed to control the violence, and shocking pictures made their way around the world. 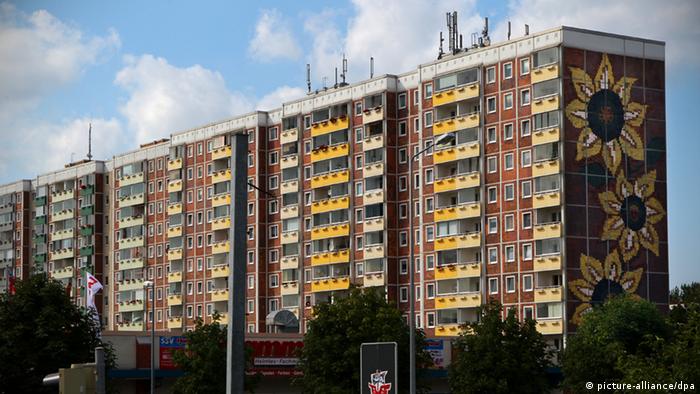 The Sunflower House was attacked in Rostock-Lichtenhagen in August 1992

As the 25th anniversary of the xenophobic attack was approaching, experts met in Berlin to assess the dangers posed by right-wing extremists in Germany.

Wolfgang Richter, the commissioner in Rostock-Lichtenhagen's foreigner's office at the time, was present when the violence took place.

"I think not only in Rostock, but also other German cities, we have a society which has pulled together to support asylum-seekers," Richter told DW.

"In Rostock, there are a lot of young people who think very differently from 25 years ago and are ready to help," Richter said. "But, at the same time, that doesn't mean that racism isn't still present in parts of society." 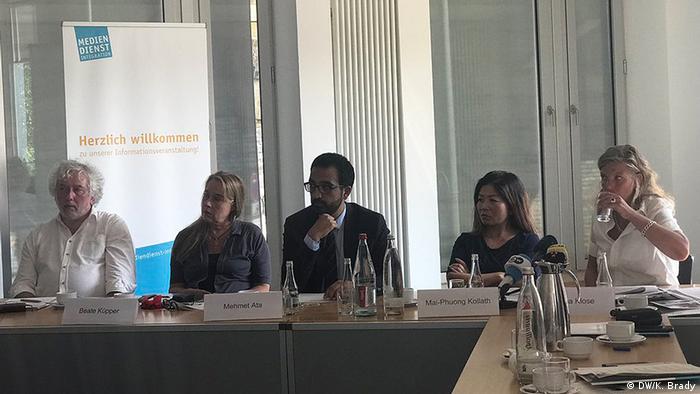 Though about 85 percent of Germany's population favors democracy and diversity, there is also palpable polarization, the social scientist Beate Küpper said, citing polls.

"A small minority clearly opposes this wish for democracy and diversity, with the approval of racist statements also on the increase again in surveys," Küpper said. Even one-third of the 85 percent of respondents who claim to favor diversity say there is "too much migration" to Germany, she added. 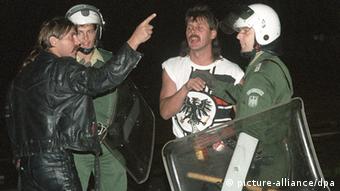 Police did not control the assembled extremists

Though politicians, authorities, and civil society have taken a stronger stance against xenophobia in recent years, the situation has not changed fundamentally since the time of the attack in Rostock-Lichtenberg, said Bianca Klose, the head of Berlin's Mobile Counseling Against Right-Wing Extremism. 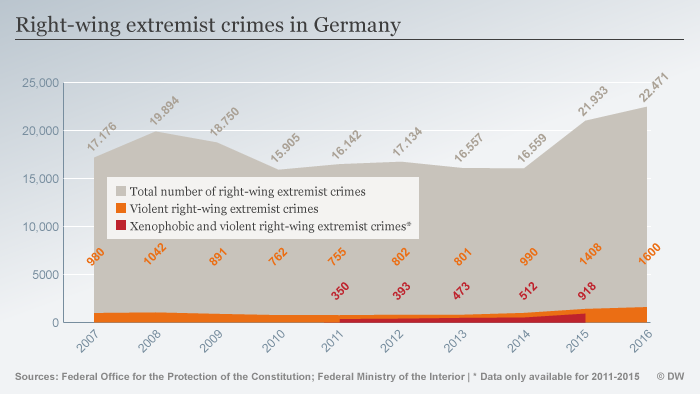 Klose said Germany is facing two kinds of right-wing extremism: the type "organized" by known groups, and an "everyday" variety in which it has become acceptable to voice sentiments that had been unheard of for decades — at least in public.

"Considerable parts of the population are still able to be mobilized racially in tense situations," Klose said.

"Politicians must also not let themselves be steered by racist sentiments," she added, noting that extremists have most recently mobilized against displaced people in Germany.

One right-wing group that has had a particularly big impact in recent years is the Islamophobic and xenophobic PEGIDA.

The group, which formed in the eastern city of Dresden in 2014, helped make large-scale public displays of hatred acceptable again, Küpper said.

Richter said the Alternative for Germany (AfD) party had also played a role in legitimizing the far right.

"In the context of the AfD, this right-wing populism appears to offer solutions to these fueled-up fears," Richter said. "But they aren't dealt with, for example, by speaking with people. Instead, they're stirred up even further. And this allows a nationalist, right-wing populist opinion spectrum to develop, which is attractive to a certain group of German voters."