Black Lives Matter ranked most influential in art in 2020

British magazine ArtReview's annual "Power 100" ranking names the most influential people in art. In 2020, a movement made it to the top: Black Lives Matter. 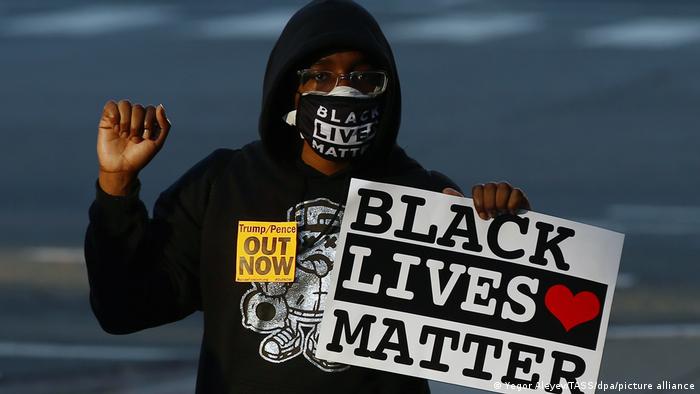 Black Lives Matter, or BLM: For the first time, a political movement made it to first spot in Britain's ArtReview Power 100 ranking of the most influential people in art.

The "activist movement has come to symbolize a global reckoning on racial justice," states ArtReview, one of the world's leading international contemporary art magazines.

The power of the BLM movement is felt at every level of the art world, pointed out the magazine to explain its choice, adding that 2020 saw "an increased prominence and urgency: in the resurgence of statue-toppling in the US and across Europe, as campaigners seek to redress injustices of the historical record; in the visibility of Black figurative painting over the past few years; in awards and appointments; in the rush by galleries to diversify their rosters."

In fact, Black Lives Matter has had a major impact on pop culture not only since African-American George Floyd was killed by the policed in May 2020. The debate about equal rights, discrimination and racism has long been reflected in film and music, for instance in the Black Panther comic film adaptation.

In second place this year is the Indonesian collective of artists Ruangrupa, who will curate the 2022 Documenta international exhibition. Last year, the group made 10th place in the ranking.

The anonymous jury chose the French art historian Benedicte Savoy and the Senegalese social scientist Felwine Sarr for third place. In 2018, on behalf of French President Emmanuel Macron, they examined the conditions for the return of African cultural assets from the colonial era. They ranked sixth last year.

Glenn D. Lowry, director of the Museum of Modern Art in New York, is ranked seventh in the new list. Last year he led the ranking after MoMA reopened with a $450 million (€372 million) expansion and a completely revised concept.

The philosopher and gender researcher Judith Butler, for instance, ranks 10th, and Saidiya Hartman, a literary scholar who this year presented a book about young Black women in New York and Philadelphia in the early 20th century, took the ninth position. Hartman represents the fluid transition between science, activism, culture and politics. For instance, in 2017 she was featured in rapper Jay-Z's "4:44" video. 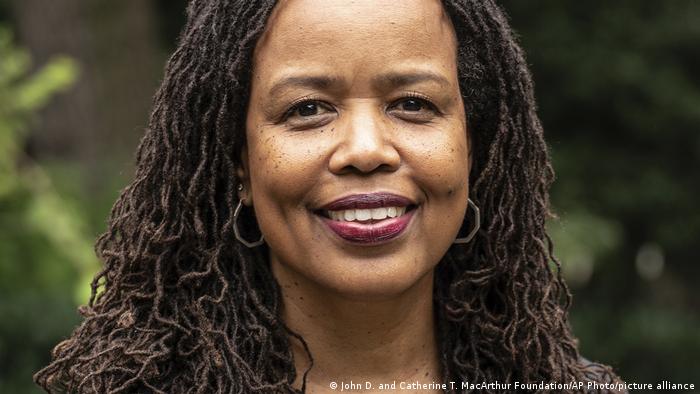 Saidiya Hartman, a writer and scholar, focuses on African-American issues

The #MeToo movement against sexual harassment was also included in the ranking again this year, taking the fourth position. In 2018, it was the first social movement to be recognized by ArtReview in the Power 100 ranking, and reached third place.

The magazine has been ranking the most influential people in the art world since 2001. ArtReview does not apply independent criteria, but sets its own priorities. In fact, this year's list contains choices that seem somewhat arbitrary. Nan Goldin, a US portrait photographer, was in second place last year but ranked 91st this year. Can so much influence be lost within just a year?

The German Capital business magazine also offers an annual art ranking — however, the Art Compass only considers artists. The British Power 100 ranking should not be confused with the ranking by the same name published by of the US Billboard magazine but that ranks the most influential heads of the music industry.