When criticism against questionable sponsors changes the art world 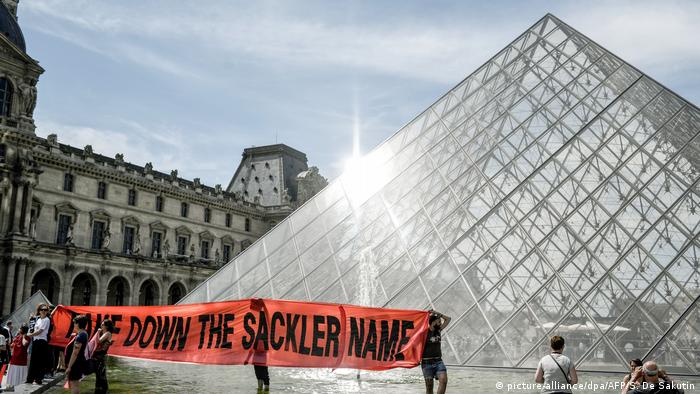 The oil industry does it. Pharmaceutical companies do it. Not to mention weapons manufacturers.

They all support the arts, providing grants and donations to museums and galleries around the world. But there's a lot of controversy associated with this practice. The notion of blindly accepting the generosity of global conglomerates, which might otherwise not always have the best interest of the public in mind, is increasingly attracting criticism — especially in the US and the UK, but recently in France as well.

The growing opposition against accepting the patronage of such corporations was most recently highlighted by the controversy surrounding the renowned Louvre Museum and its relationship with the American Sackler dynasty, majority shareholders of the Purdue Pharma corporation, which is infamous for developing OxyContin — the highly addictive prescription pain medication that is blamed, at least in part, for the opioid epidemic in the US.

Until recently, the Sackler name used to be featured in entire wings of various museums and universities around the world. The family donated 10 million Franc (today's value: €1.5 million, $1.7 million) to the Louvre Museum in Paris in 1997 alone. In exchange, the Louvre agreed to name several of its exhibition rooms after the Sacklers. 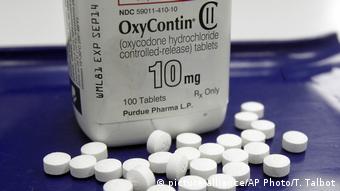 Bitter pill to swallow: OxyContin has made hundreds of thousands of people addicted to opioids

For months, there have been activist protests around the globe highlighting such investments by the Sacklers, with mounting calls to erase their names from the world's leading cultural institutions.

In March 2019, both the Guggenheim Museum and the Metropolitan Museum of Art in New York decided to severe their ties with the Sackler dynasty, announcing they would no longer accept their donations. In the UK, the Tate Modern in London followed suit.

The Louvre in Paris took things one step further and started to remove all references to their name from their premises. In areas where the Louvre management was unable to completely remove the name, they covered it.

Support for victims, not museums

The activist movement that led the campaign against the Sacklers is spearheaded by US photographer Nan Goldin, who has a personal reason to tackle this issue: She almost died from OxyContin, becoming addicted to the drug after she was given a prescription for wrist pain. Her dosage was quickly upped from three daily pills to 18, which is close enough to levels seen in people who overdose. 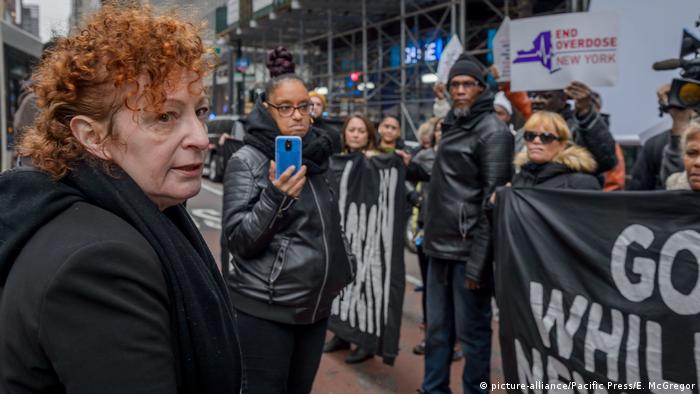 Nan Goldin led protests around the world against the Sackler family

The case of the Sackler dynasty's investments in public institutions is by far not the only instance of such controversial patronage, though it is the one that has received the most media coverage in recent times.

Another current example is multi-millionaire businessman Warren Kanders, who has been forced to resign from the board of New York's Whitney Museum. Kanders' business empire Safariland is built, among other things, on the profits he made from the sale of tear gas to the US military industrial complex. The substance has reportedly been used on multiple occasions against migrants coming to the US-Mexico border as well as in Puerto Rico.

Eight artists had already withdrawn their works from the Whitney Biennial since May because of Kanders' involvement with the institution. Through all this, however, Kanders says that he felt he was the victim, and that the Whitney Museum would suffer without his patronage:

"The targeted campaign of attacks against me and my company that has been waged these past several months has threatened to undermine the important work of the Whitney," Kanders wrote in his resignation letter to the board.

"I joined this board to help the museum prosper. I do not wish to play a role, however inadvertent, in its demise."

Patronage past, present and future

And there are more such protests and conflicts in store for museums and artists alike: Most recently, there have been mounting calls for the British Museum in London — one of the foremost global institutions in cultural history — to quit its relationship with British Petroleum (BP), which has been one of its private sponsors for many years. 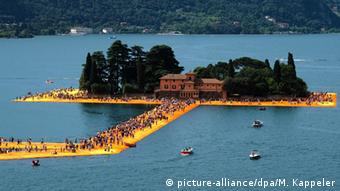 Artist Christo's "Floating Piers" was sponsored by the Beretta family

Two years ago, there was controversy surrounding the last Venice Biennale in 2017, which was partly funded by Italian weapons exporter Beretta. In 2016, the same company also sponsored artist Christo's project The Floating Piers by allowing the artist to set up his installation on the family's private island.

A look into the past provides further insight into the difficult relationship that has always been there between those who want to promote the arts and those who provide the funds to make that happen.

Renaissance-era artists like Botticelli and Michelangelo enjoyed the patronage of the powerful Medici dynasty in Italy. Earlier, in ancient Rome, poets including Propertius, Horace and Virgil also received the generosity of a patron, namely Roman warrior Gaius Maecenas (circa 70 BC – 8 BC), a name that's since become synonymous with patronage of the arts in many languages.

So the challenge in walking the fine line between accepting generous donations and being passive accessories to unscrupulous business practices is by no means a new occurrence. Art historian Andreas Hansert underscores that there is nothing wrong with genuinely wishing to support the arts and that there is no shortage in patrons who truly do mean well and are actively interested in promoting the humanities:

"When there is a personal relationship between those that give and those who take, there can be a basis of trust," Hansert explains, adding that there will be rich donors in future as there have been in the past.

"Those who hold positions of responsibility at such museums need to pay a lot of attention to whom they're really dealing with. They must not allow their institutions to be used to polish up the image of corporations that are willing to fork out a lot of money to that end."

Artist Christo's floating walkway on a northern Italian lake has been closed at night because of wear-and-tear inflicted by the 270,000 visitors who have flocked to see it in less than five days. (23.06.2016)

German funding for the arts comes mainly from public spending, unlike the United States, where Wall Street's woes cut into wealthy patrons' pockets. But corporate sponsorships are catching on in Germany. (20.10.2008)