German funding for the arts comes mainly from public spending, unlike the United States, where Wall Street's woes cut into wealthy patrons' pockets. But corporate sponsorships are catching on in Germany. 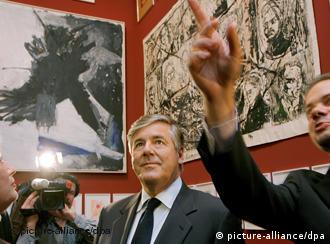 Deutsche Bank, whose art is on loan at Staedel Museum, is a big corporate patron

When Lehman Brothers collapsed in September, shockwaves coursed through the world's financial markets, but the museums that benefited from the Wall Street institution's patronage also felt the tremors.

In 2007, Lehman spent $39 million (29 million euros) on charitable giving that included sponsoring a Brice Marden retrospective at New York's MOMA and a Jackson Pollock exhibit at the Guggenheim. Through its now defunct foundation in Europe, sponsorships were forged with Frankfurt's Staedel Museum and London's National Gallery and Tate Modern.

At Staedel, which now has a new partnership with the Bank of America, there has been no negative impact of the credit crunch on corporate philanthropy so far, said the museum's spokeswoman Dorothea Apovnik.

"Still, we ought to make much more of an effort to attract even more corporate support," said Apovnik referring to the public-private partnerships that are ubiquitous in the US and beginning to catch on in Germany. 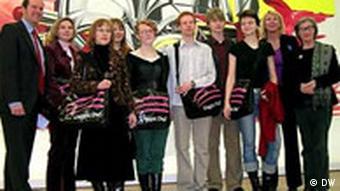 Businesses are discovering that their support for the arts is helping to increase brand awareness, according to Michael Hutter, a cultural economist at the Social Science Research Center in Berlin (WZB).

"This is especially prevalent for companies that have a product which has little visibility, such as insurance or banking," he said.

The initiative had been planned long before chaos descended on financial markets, but the timing was fortuitous, said Deutsche Bank spokesman Frank Hartmann. He said the banking industry desperately needs to improve its image at a time when public anger is boiling over the mess created by investment banks.

"We need (to project) this goodwill," said Hartmann, who added the financial crisis would not affect any present commitments that have already been earmarked, such as being the lead sponsor for the Berlin Philharmonic.

"For 2010 and beyond, it is too early to speculate on whether corporate giving would drop or not," he said.

Less disposable income for the arts 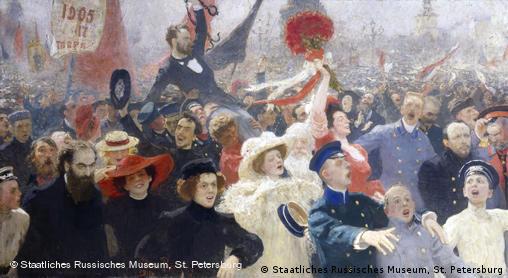 A Franco-Russian exhibit sponsored by energy giant E.ON might have been axed

Some businesses, however, may wind up having less money available to spend on supporting the arts, according to Maren Otten, the spokeswoman for corporate cultural projects at the Federation of German Industries (BDI).

"This is the type of project that might have been axed in today's climate," said Otten.

But even if sponsorships and gifts were to decline in the coming years, Otten added that the impact on the performing and visual arts would still be relatively small.

In Germany, financial support for education and culture comes primarily from state and local governments while American institutions rely on corporate support.

Public spending accounted for 94 percent of Germany's overall arts budget of over 8 billion euros in 2007, with corporate sponsorships and foundation or individual donations making up the rest, according to the BDI. In 2006, the National Endowment for the Arts was allocated a budget of $125 million.

This means that the billions of dollars to support the arts all across America must come from businesses with deep pockets and wealthy patrons, making the renovation of an opera house or a design competition for young artistic talent, vulnerable when economic times are bad.

"When businesses need to cut expenses, these voluntary obligations are the first to go," Hutter said.

German attitude that the state pays for culture 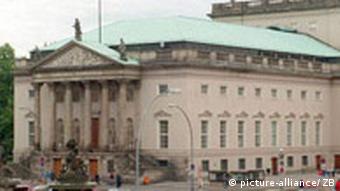 Unter den Linden is one of Berlin's opera houses

He added that while Americans are expected to give back to society after striking it rich, Germans expect arts funding to come from the high income and corporate taxes they pay the state.

But Hutter, who lives in Berlin, said he does see one drawback when governments pay for culture: a duplication of cultural institutions and services, which can be an inefficient drain on taxpayer money.

"There is no country in the world with such a density in the performing arts as Germany," he said. "Look at Berlin. We have at least three opera houses here, and Berlin is broke."

Art Cologne, which opened on Wednesday, April 16, is a prime stop for corporate art collectors with million-euro budgets. The head of Deutsche Bank's massive art collection explained why they buy top-notch office art. (17.04.2008)

Bayern Munich general manager Uli Hoeness sees the German Bundesliga holding firm against the global economic crisis. However, British soccer is holding its breath as the credit crunch starts to bite in its top flight. (10.10.2008)

German firms have a long history of social involvement. But increasingly companies are aiming to improve the bottom line along with society by using a publicity-friendly vehicle known as corporate social responsibility. (10.01.2006)