More people than ever before visited the Louvre in Paris in 2018. To mark the 500th anniversary of Leonardo da Vinci's death, the museum is showing a comprehensive exhibition this year. 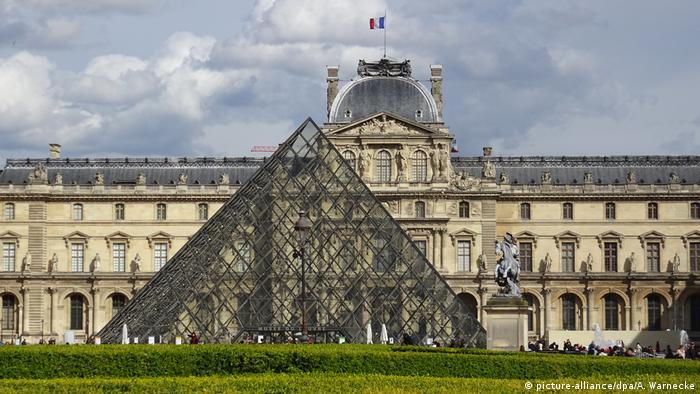 Were you at the Louvre in 2018? Then you helped the world-famous museum in Paris set a new visitor record. Last year, 10.2 million art enthusiasts flocked to the museum. That's an increase of 25 percent over 2017 and breaks the previous record set in 2012, when 9.7 million people came to the Louvre.

Almost three quarters of the guests came from abroad, with Americans and Chinese at the top. At 2.5 million, the number of French visitors also increased significantly compared to the previous year. 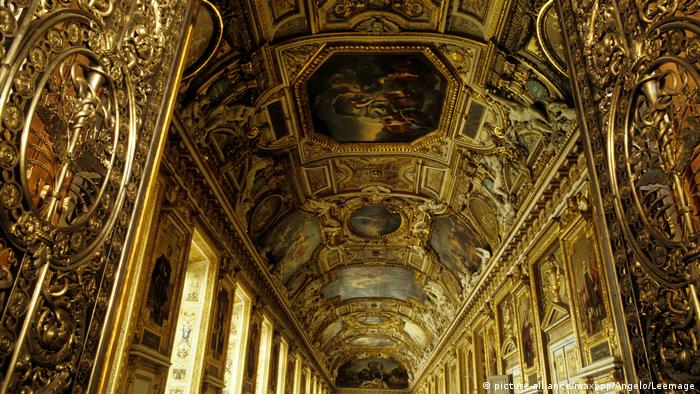 The whole building a work of art: the Galerie d'Apollon in the Louvre

There seem to be several reasons for the increase in visitors. There's the retrospective on the painter Eugène Delacroix, which attracted around 540,000 art lovers in 2018 and, according to the museum, was "the most successful exhibition ever held at the Louvre." Delacroix was one of the most important French painters and is regarded as a pioneer of Impressionism.

Also, Paris is once again a magnet for tourists in the wake of the spate of terror attacks which deterred people from visiting the French capital. In addition, the Louvre Abu Dhabi opened in 2017, drawing further attention to the Louvre in Paris.

And a music video also boosted the popularity of the Museum: Pop star Beyoncé and rapper Jay Z shot the video for their song "Apeshit" in the Louvre last year. The video features many of the museum's masterpieces and has been clicked 147 million times so far on YouTube.

"I'm delighted that the Louvre is so popular," says the Louvre's director, Jean-Luc Martinez. The goal was not necessarily to attract more visitors, but to improve the conditions for the guests, he said. This included clearer signage and the introduction of time slot tickets to shorten the queues at the ticket booths. 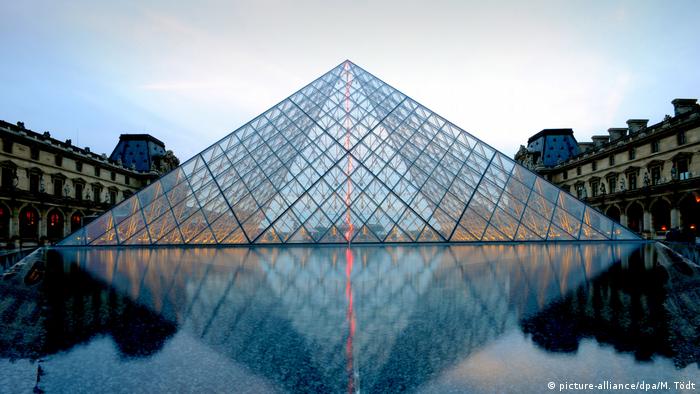 Designed by the Chinese-American architect Ieoh Ming Pei: the pyramid has become a landmark

What visitors can expect in 2019

A highlight of the year will be the celebration of the 30th anniversary of the famous glass pyramid, the entrance area of the Louvre that was built in 1989. Today, like the Eiffel Tower, it is a Parisian landmark. On the last weekend of March, there will be several free events in the Louvre's courtyard.

Another major event is the exhibition on the occasion of the 500th anniversary of the death of Leonardo da Vinci. The Louvre itself owns five of the 14 renowned Da Vinci paintings, including the world-famous "Mona Lisa."

There were plans to bring further paintings from Italian collections to Paris for the exhibition, but these have run into problems due to a dispute with the Italian government about the loans. In addition to the paintings, "a large selection of drawings" will also be presented. According to the Louvre, the exhibition aims to represent the result of more than 10 years of work and research around Leonardo's work: His paintings have been were scientifically reexamined and three of them restored. The exhibition will run from October 24 to February 24, 2020.

Another new feature are the "Saturday Night Openings." Every first Saturday of the month, entry is free from 6 p.m. to 9:45 p.m.