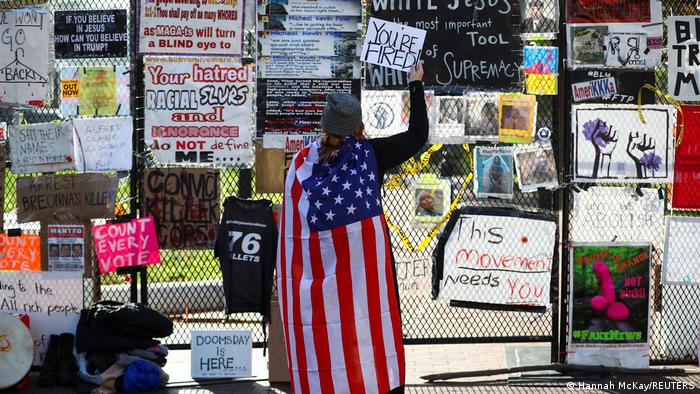 It's been two weeks since the presidential election in the US, in which Donald Trump's Democratic challenger, Joe Biden, emerged victorious. Nevertheless, Trump still received more total votes than he did four years ago — and he has refused to recognize his opponent's lawful victory.

The latest election results raise many questions, including the state of American democracy in such a divided society. Is fostering dialogue between two apparent camps even possible?

To answer these questions — and many more — DW interviewed US-born philosopher and author Susan Neiman about the election results in the US. A noted commentator on German-American relations, Neiman directs the Einstein Forum in Potsdam, Germany, an organization that offers space for intellectual conversations and exchange and learning outside of the university setting. Her most recent book, Learning from the Germans: Race and the memory of Evil, examines German efforts to atone for Nazi atrocities and how the US could come to terms with centuries of slavery and racism. 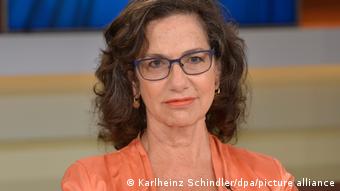 Deutsche Welle: Professor Neiman, in your opinion did the presidential election in the US end well?

Susan Neiman: Not well enough. I would not have expected that 71 million Americans who watched the Trump show for four years would want to watch it again. Those 71 million voters were a shock. [As of November 17, the total popular vote for Trump had risen to 73 million as counting continued: Eds.] The situation in Congress also remains extremely challenging. This man, whom Obama has called a fascist, nearly got four more years; the whole world would have suffered. So it ended well, but not well enough. 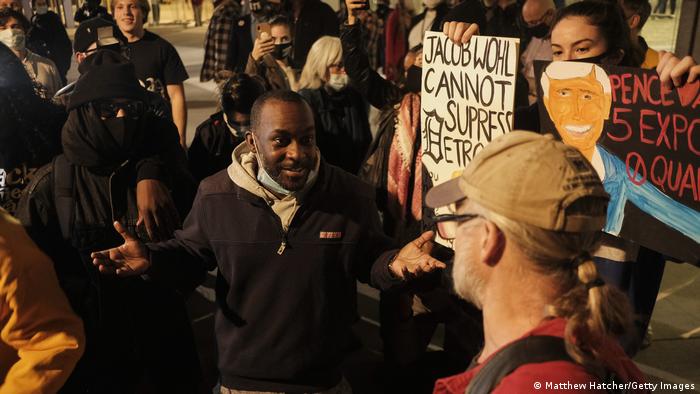 An argument between Trump and Biden supporters in Detroit, Michigan, on election day in 2020

More than anything, do the election results deepen the rift in the country, which is also being shaken by a pandemic?

Yes, of course. The election campaign was also extremely difficult to run because of the pandemic. Many Democrats who normally take to the streets and knock on doors did not go out. The Republicans, on the other hand, didn't follow hygiene rules. The gap between Democrats and Republicans has widened.

Now two halves of the population face each other irreconcilably. What is left by the wayside?

Fundamental reforms, I'm afraid. Several reforms are at stake. For example, as this election has shown, our electoral system is 200 years too old. The Electoral College should be abolished. Politicians and lawyers have been demanding this for a long time. But for this to happen, a two-thirds majority in Congress would be needed, which is completely unrealistic.

Social reforms are urgently needed, things that Europeans take for granted but which sound utopian to American ears. I am not even talking about health insurance for everyone. In the US, there isn't even such a thing as guaranteed sick leave. Even during the pandemic, people have had to go to work despite being seriously ill. They don't get a day off. The poorest people, whether they are delivering packages or restaurant employees, wouldn't be able to pay their rent without working.

Unfortunately, many Americans reject anything that sounds like reform or workers' rights, calling it "socialist." Yet we urgently need such reforms. No industrialized country in the world is in as bad a position as the US.

Half of Americans see themselves as left behind — by globalization, progress and the country's political elite. Is that really the case?

It's a myth. The people we saw at Trump's rallies seemed poor and uneducated, mostly overweight and with bad teeth — they really have been left behind. But other Trump voters make good money and even have a university education. They voted for Trump because they own stocks. Things went well under Trump in the stock market.

The other half of the electorate sees Trump as the incarnation of evil and his supporters as denying reality. Is this perspective more accurate?

Yes, absolutely. I might be accused of being biased, but we have seen for five years that Trump is incapable of recognizing values or norms. This became most obvious when he insulted US soldiers who had died in World War I. Actually, I would have thought that this would have broken him, politically speaking ... to denigrate these fallen soldiers as "suckers" and "losers" is blasphemy in America.

But this just reveals how he views the world: He only cares about his materialistic self-interest. He does not even understand that humans can act out of other motives.

Even worse are his fascist tactics. Putting conspiracy theories into the world, demonizing the press as "lying media," using the judiciary for his private legal counsel, demonizing every form of cooperation, using policemen against peacefully demonstrating people — these are all fascist tactics. Not to mention, the man called Nazis "very good people." If this is not evil, I don't know what is. 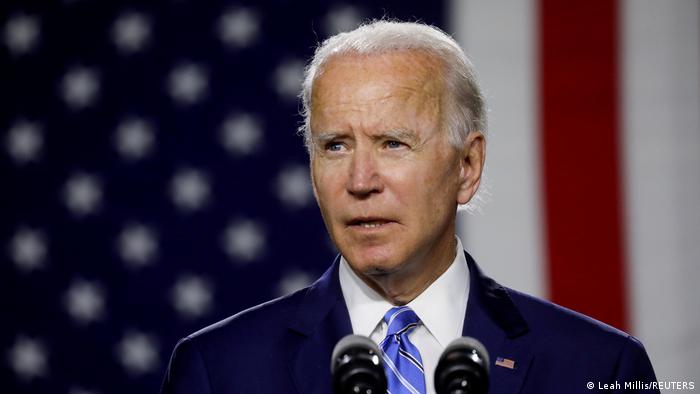 Is democracy dying in the US?

I am a philosopher, not a prophet, so I can only say that democracy is in danger. However, the many grassroots movements give me hope, especially Black Lives Matter, the largest social movement in American history. Because of it, 75% of Americans today say systemic racism is a big problem. So things are moving. The question is simply what we can do about this undemocratic voting system — and there is a lot that remains to be done.

The rifts are still there. Where will reconciliation come from?

Pressure from the ground up has already changed a lot in American history — look at thecivil rights movement, the women's movement, the LGBTQ+ movement. The question is whether these movements can be bundled into a national movement that discusses not only identities but values, too. Many young people see how neoliberalism is destroying their futures. So I see hope in the medium term, but the situation is still precarious. 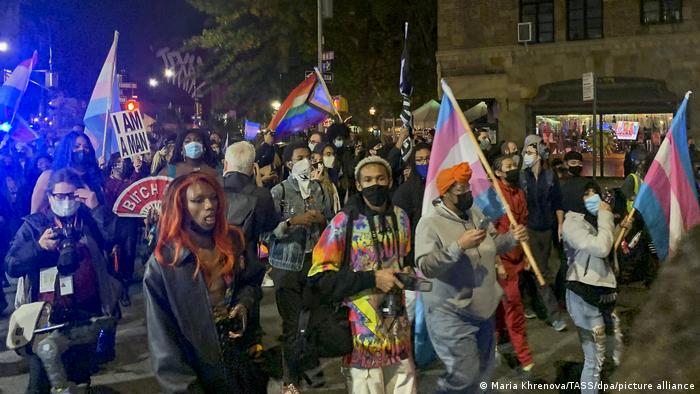 For Neiman, the success of the Black Lives Matter and other grassroots movements are signs of hope and progress in the US

Populism is rampant in many countries. Does it function the same way in the US?

No, it doesn't. The very word populism is extremely problematic because it is indefinable. Let's be honest, in Hungary or in Poland, this is pure right-wing radicalism. Nationalism, or better said, tribalism always seems to be the easiest solution. It is always easier to point at others when there are problems — no migration, no strangers and so on.

Then there is globalization, which rightly gives us the feeling that democracy is not working properly. We do not know who holds power. It is not the heads of state who control the world — a lot of power is in the hands of multinational companies. Everywhere in the world, whether in Singapore or in South America, there is the same tendency against globalism and for one's own traditions. This retreat is also understandable.

Is democracy still a model for the future?

Yes, but only under one condition — and I don't know if it's realistic — namely that we put enough resources into education. By this, I don't just mean schools and universities, but first and foremost free public media. This is essential for a democracy. Otherwise, we can forget about democracy.

This interview was translated from German by Sarah Hucal. It has been edited for clarity and length.

After nearly four years of Donald Trump, there is little room left for objective reporting and political discourse backed by facts. If nothing changes, the US risks breaking apart, says Ines Pohl.

How WWII affects the grandchildren of the war generation

A German filmmaker, plagued by nightmares of WWII battle scenes he never experienced, spent years looking into his family's past. He's not the only one who faced this problem.