Coronavirus risks in US go beyond getting sick | Americas | North and South American news impacting on Europe | DW | 15.03.2020

Coronavirus risks in US go beyond getting sick

Many American service-industry workers, nurses and students feel exposed in the face of their precarious situations and the US government's bungled response to the COVID-19 outbreak, which has been called "a failure." 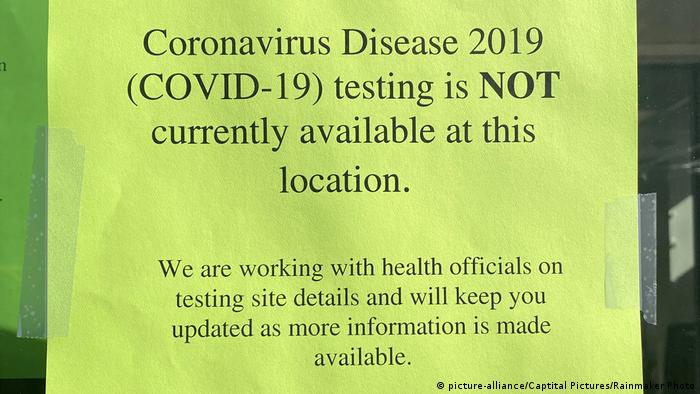 Over 25 million people in the US don't have health insurance. Amanda [name changed: Eds.] is one of them. The young woman lives in Texas and works in the warehouse of a mattress company.

"It’s sad to say but it's not a shocking position to be in. I've been in many positions as precarious as this one." Employees like her get three days of sick leave over the course of a whole year; only two are paid. "I can't afford to stay home, I can't afford to see the doctor."

A simple doctor's visit can quickly cost a couple of hundred dollars. Sheldon Riddle, who lives in Ohio, couldn't afford to see a doctor when he got the flu followed by pneumonia. This was ten years ago but he remembers it well.

He was working at a call center. About 50 employees shared a small space. There was no sick leave, and nobody was allowed to stay home if they were feeling sick, unless they had a note from a doctor.

"With no insurance, that meant going to the emergency room or an urgent care [center] and spending hundreds of dollars we couldn't afford," Riddle said. As a result, he became so sick that only a surgery saved his life. His heart was permanently damaged.

The spread of the coronavirus is making him feel anxious. He is avoiding stores, because of his compromised immune system. "I just refilled all my prescriptions today. Picked them up at a drive-thru pharmacy. I've yet to shop for food. I've cut back to eating one meal a day, and I pick that up at a drive-thru as well." 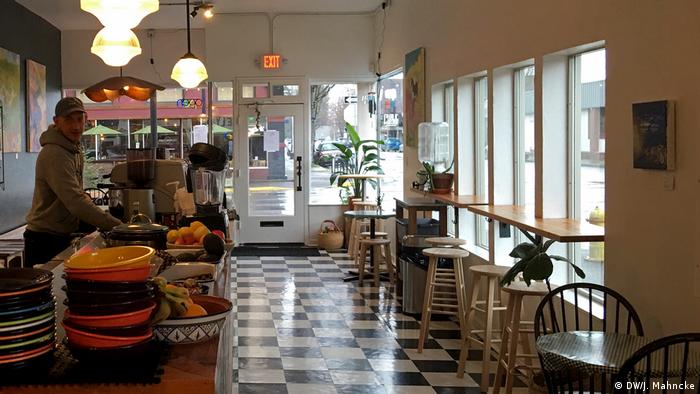 The cafe Lovely in Springfield, Oregon, was empty. Many small businesses are worried about the financial fallout of the virus.

Between panic and dismissal

As the number of coronavirus infections in the US has continued to balloon, the incomplete and sometimes contradictory information from US officials has caused panic, supply hoarding and a sense of insecurity.

A nurse who works for a clinic in the west coast state of Oregon told DW under the condition of anonymity that coronavirus tests only first became available on Wednesday. Things changed quickly after that.

"Thursday was crazy. The clinic kept revising how to proceed and security protocols kept getting stricter throughout the day. It was intense," the nurse said. The necessary masks and protective clothing were in stock though, the nurse added.

When the governor of Oregon, Kate Brown, announced that all events with more than 250 participants were banned, the situation started feeling more serious, the nurse said. The number of calls to the clinic increased.

People who had traveled to neighboring state Washington now met the conditions to be tested. By that point the state's largest city, Seattle, had already experienced over 20 deaths from COVID-19, the disease caused by the new coronavirus.

No tests, no coronavirus cases

The number of infections in Oregon remains relatively small, causing many residents to wonder whether this is simply due to the fact that only a few tests have been carried out so far. While South Korea has tested 10,000 people a day, the US hadn't even administered a total of 15,000 tests across the country by Thursday. 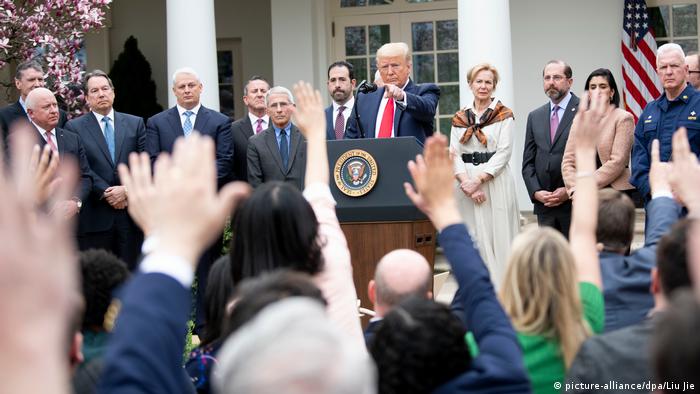 Global health expert Ethan Guillen, who worked for the organization Doctors Without Borders during the Ebola outbreak in West Africa, fears the US could end up following in Italy's footsteps. There, the coronavirus outbreak has already led to 21,157 confirmed infections, with at least 1,441 deaths. The country remains under a far-reaching lockdown.

Guillen describes the US federal government's response to the coronavirus as "a failure."

"Given the shameful incompetence being shown at the federal level, things could get out of hand," he told DW.

"The US government decided to go its own way on testing for the [corona]virus with disastrous consequences," he explains. Not only did the government waste precious time in organizing testing, but the first test kits were also flawed. Guillen adds that, "The initial quarantines were poorly run and lacked basic precautions against the spread of the virus and led to community transmission."

Is the coronavirus here — or not yet?

"This is my door sleeve," a student says to her friend, as she pulls her sweater sleeve over her hand to open the door of the cafeteria without touching the handle with her fingers. The University of Oregon in the city of Eugene is still open, but it's uncomfortably quiet. Many of the over 20,000 enrolled students try to stay away from campus. "I hope they don't close the campus completely," someone says while on the phone. 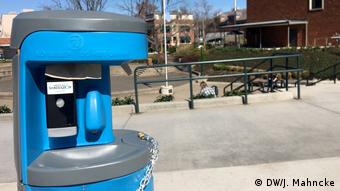 College students across the country are afraid that they will have to move out of their dorms. Just a few days ago, Harvard University, in the eastern state of Massachusetts, announced it would be largely shutting down campus, ending on-site teaching and transitioning to digital classrooms. Many of its dormitory residents will be forced to find new accommodation. 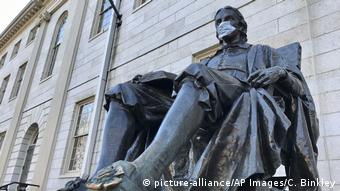 The statue of John Harvard at the same-named university sports a protective mask. The university is all but closing down its on-campus activities.

No place to wash your hands

Eugene and many other cities have another major concern: the homeless population. In the fall of 2019, the city made headlines because it has more homeless people per capita than Los Angeles or New York City. When you don't have a home, you can't wash your hands on a regular basis, and self-quarantine is not an option.

The only clinic for Eugene's patients who have no health insurance and no money is Occupy Medical. Their volunteer staff recently moved from a bus downtown into an office. They are only open on Sundays. "On average, we treat about 20 to 30 patients every week," said Wesley Force, the clinic's assistant manager. But the clinic can't help patients who show symptoms of COVID-19. They have no tests, and no room to treat them.

The US central bank has quarantined large numbers of dollars it repatriates from Asia. It will give them a wash before releasing them into the financial system because they are found to be contaminated with the virus. (13.03.2020)