In the US coronavirus crisis, the buck stops here | Business | Economy and finance news from a German perspective | DW | 13.03.2020 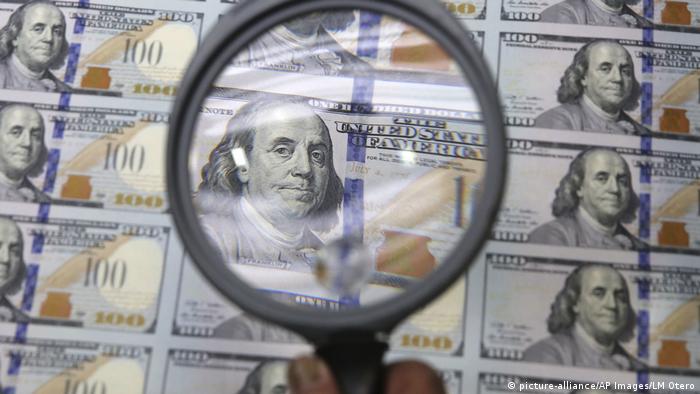 In the United States 12 out of 25 regional branches of the Federal Reserve  have begun setting aside shipments of dollars from Asia for seven to 10 days as a precaution against the spread of the coronavirus.

According to the Centers for Disease Control and Prevention (CDC), it may be possible to transmit the virus through objects that have had direct contact with the novel pathogen, although person-to-person contact is the main means of spreading the disease. The organization already recommends US residents returning from China and other high-risk countries stay home for 14 days.

The 12 banks are responsible for managing the supply of dollars and coins, taking deposits of excess cash from banks globally and distributing currency to institutions when needed.

The US Fed on average distributes $34 billion (€29 billion) in paper notes every year, according to the US central bank's San Francisco branch. It usually takes between five and 60 days for it to process currency, with higher-value notes being processed most quickly.

As the main global reserve currency, US dollars are the most widely distributed notes in the world with an estimated $1.75 trillion worth of cash in circulation globally, much of it in Asia, where the dollar is often stronger than local currencies.

The Fed said it is prepared to add other regions of the world to its quarantine list.

To the point - Corona-Virus: Out of Control?

Research suggests that the 75% cotton and 25% linen combination that makes up US dollar bills has a high bacterial count. A 2014 study by researchers at New York University identified 3,000 types of bacteria on dollar bills due to how widely and frequently they change hands.

One 2010 analysis found that a US note contains 10 bacterial microbes per square centimeter, higher than Australia or New Zealand. Lower-denomination dollar bills like ones and fives, which are some of the most circulated currency, are most bacteria-laden, the report says.

A 2017 study on US dollars circulating in New York found pet DNA, traces of cocaine and over a hundred different strains of bacteria.

Several scientists created wheresgeorge.com, the name a reference to the image of George Washington on one-dollar bills, to track the movement of dollar bills by serial number. The ongoing project has so far logged over 295 million bills.

China with money to burn

The US central bank has not gone as far as its counterparts in China and Korea, which have ordered local currency notes to be disinfected with ultraviolet light or destroyed altogether.

The People's Bank of China (PBoC) has ordered the return of paper currency in circulation at hospitals, animal markets and buses near the country's hot zones, the South China Morning Post reported.

Other locations in the country will have their bills locked up for at least 14 days as the money comes back to local banks, while less impacted areas are required to place cash in a week of quarantine, according to Bloomberg News.

"Money from key virus-hit areas will be sanitized with ultraviolet rays or heated and locked up for at least 14 days, before it is distributed again," PBoC Deputy Governor Fan Yifei told the newspaper.

Nearly 7.8 billion yuan ($1.1 billion,€1 billion) was removed from circulation in the Guangdong province between February 3 and 13, while another 3 billion yuan was put back into circulation.

PBoC will now print new bills worth a total of 600 billion yuan ($85.6 billion) to be distributedin Hubei province, the epicenter of the virus  outbreak in China. The aim is to prevent any disruption to the money supply, officials said.

South Korea's central bank has taken all banknotes out of circulation for two weeks and destroyed some to reduce the spread of the virus. The treated cash comes from high-risk infection areas, such as hospitals.

Meanwhile in Europe, the Louvre museum in Paris has banned cash, although this could clash with the Bank of France's stance on requiring businesses to accept cash. 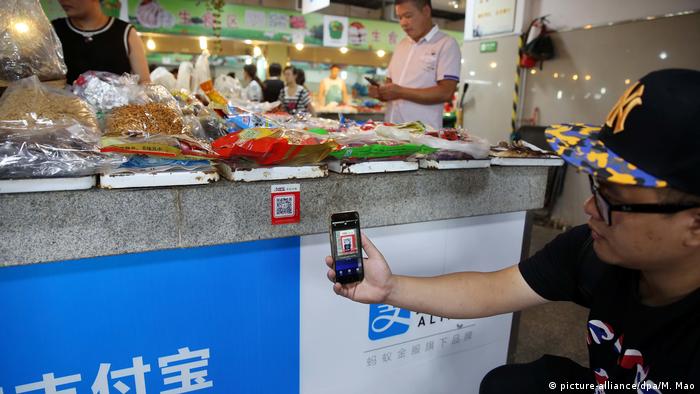 China is rapidly becoming a largely cashless society as 50% of the population, in urban areas 70%, were using mobile payments to make purchases in the second quarter of 2019, research group eMarketer has found

A fistful of credit cards

"Since the US lags behind other countries on this, the continued reliance on using cash may present a risk in this country. Mobile payments or using credit cards, which can be wiped down (along with pens and card readers) with cleaners approved for use against emerging viral pathogens as part of routine cleaning to prevent spread, may be safer."

The coronavirus outbreak may also speed up changes in the retail sector because some businesses are introducing measures to reduce contact with potentially contaminated surfaces. Starbucks, for example, has temporarily suspended the use of personal cups at its North American stores.

The COVID-19 shock to the global economy is forcing the European Central Bank to open its monetary spigots further. But unlike in previous crises, the ECB is short of ammunition as it faces a looming recession. (12.03.2020)