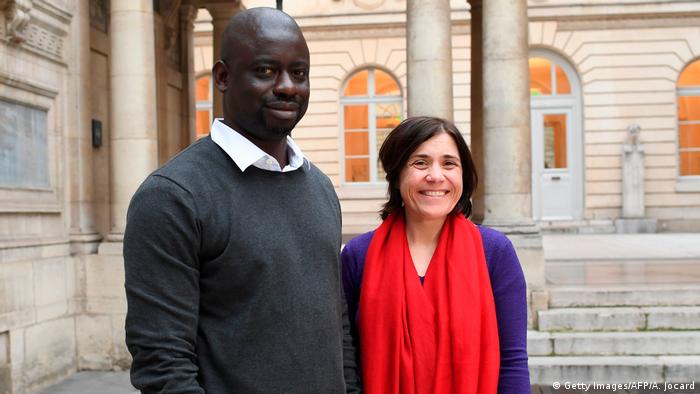 African cultural heritage should no longer be held captive in European museums, France's President Macron announced in 2017. He took the matter seriously and called for expert opinions on what restitution could look like, commissioning the art historian Bénédicte Savoy, who teaches in Berlin and Paris, and the Senegalese economist and writer Felwine Sarr.

DW spoke with the two of them in Munich.

DW: President Emmanuel Macron has announced that France will return objects that were looted from the country's former colonies and the two of you were commissioned by Macron to draw up a feasibility study. What did you propose?

Felwine Sarr: There are about 90,000 objects in the national museum collections in France. We have been able to prove that two-thirds of them entered the collections during the colonial period. They were appropriated as spoils of war, during scientific expeditions, or came to the museums via purchases, donations and bequests. If the appropriation took place against the will of the local population, we determined whether there were demands for restitution of these objects in the African countries of origin.

Benedicte Savoy: And that is why we recommend that these objects be restituted without major difficulties if a restitution claim exists. To do so, there must be legal arrangements or a change in the law, which we also recommend.

Is your recommendation primarily about returns, or are there alternatives, i.e., that the objects are moved or remain on loan in French museums?

Felwine Sarr: There is already a tradition of cooperation between European and African museums when it comes to traveling exhibitions and loans. But our work consisted of dealing with restitution. We feel the term is important, because it allows a reflection on legitimate property, on the history of objects and how they came here.

You have traveled to Africa several times last year for your research and have spoken with politicians, scientists, communities and a wide variety of people in the countries of origin. Did you open doors?

Felwine Sarr: In some countries the communities were already very much involved with the subject before our work began; in others the interest was not as lively before the report's publication. But now there is a real hype about the question of restitution. The individual states have drawn up lists of objects that they want to reclaim. The subject is undergoing a renaissance.

Benedicte Savoy: We always speak of Africa as if it were a unified whole. Africa is not a single entity. In other words, the reactions were different. In the Republic of Benin, for example, the memory of the destruction of the kingdom there by the French is still very strong. Everyone remembers that there was a king, that he was sent into exile, that a palace was burned down. And on the occasion of this looting, 2,000 objects also came to Paris.

There are other areas where the objects are less present because they do not come from a royal palace. For example, fishing nets: In Senegal, we spoke to a museum director. He said that these fishing nets are linked to mathematical formulae that they would now decipher in a research project at the university. Old forms of knowledge that are forgotten, but can be reconstructed in these knotting processes.

We spoke to the museum director in Bamako, Mali. He told us: "We want to have certain categories of objects that we don't have here. But from others we have many — we don't need them. France can keep them." In other words, we had to deal with very reasonable reactions. 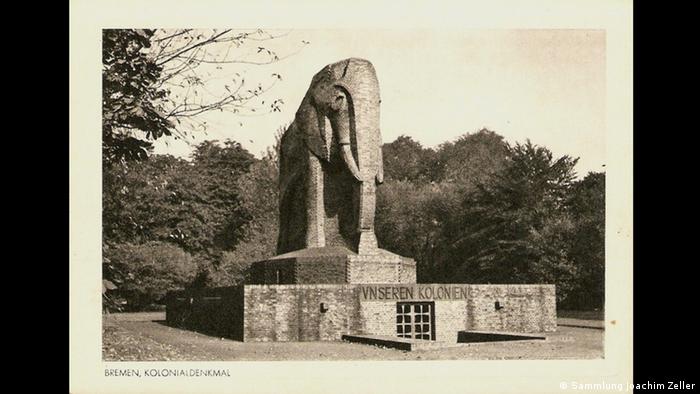 Postcard of the former 'Colonial Memorial' in Bremen before 1945

Felwine Sarr: The African conservators have also considered how to fill the gaps that would arise in European museums as a result of the restitution. This shows that there is a relationship. People weren't just interested in getting their objects back, they were thinking about how to fill the void that the objects would leave behind. For me it was a reflection on the relationship, the exchange between Africa and Europe.

Throughout the debate, it's often been heard that museums were afraid that the display cases would soon be empty. Could this be the case in five years' time? What is your assessment?

Felwine Sarr: No, that's unrealistic. It also presupposes that the countries making demands want everything back and that does not seem to be the case. Much more probable is that they want some objects with high symbolic value — and these are not in the thousands, but number probably less than a hundred. It is likely that all this will take place over a long period of time and at different speeds: Some countries need more time to prepare in terms of skills and infrastructure. The desire does not seem to be to empty museums. That is a horror scenario staged to spread fear. But it is not realistic.

In your book Afrotopia, which drew a lot of attention and which has just been published in German, you describe how Africa is actually always described from the outside as dying or in decline. What does the current debate about returns say about Europe's current view of Africa?

Felwine Sarr: Interestingly enough, now that the debate about the restitution of cultural assets is underway, one hears arguments that reveal a deeply rooted condescension: saying that in Africa there are no museums or that the countries there are incapable of administering their own works of art. That one cannot be sure that the objects of cultural heritage are safe. Not everyone says that, but large sections of the population are convinced that the objects would be much safer in Europe — and that it might even be to the benefit of Africa if they were kept there. This means that there is a lot of work ahead of us to "decolonize" the gaze. 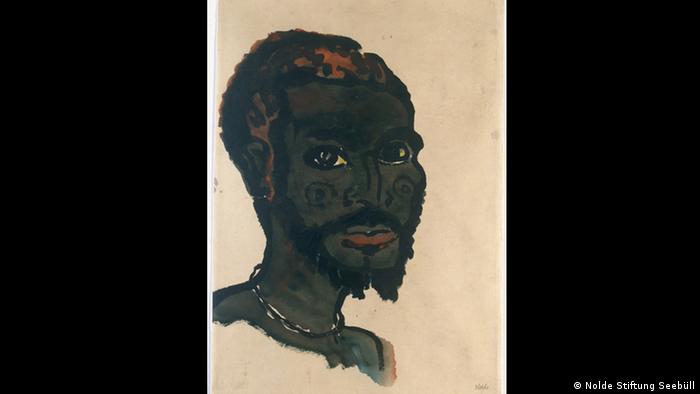 The dispute over the Museum of Ethnological Art, which will present its collection at Berlin's Humboldt Forum - a prestige project of the German government - has been going on for a long time. Ms Savoy, you brought the debate about the return of objects and artifacts from the former colonies out into the open in the summer of 2017 with your public resignation from the Humboldt Forum's Scientific Advisory Board in Germany. Today, the subject is one of the major topics of cultural policy. What is your fundamental goal?

Benedicte Savoy: For a very long time, I was interested in the transparency of the history of the collections. The dark side of museums, which usually only present their golden side, was important to me.

And it was important that the public, especially the younger generation, could rejoice in the beauty of the objects - fully aware that this joy has a downside. The wider public didn't know that, and I didn't think it was right.

But now the debate is here, now everyone knows that these collections have difficult stories behind them. I think it was a very big step forward. Restitution is a political decision; it has to be made by politicians.