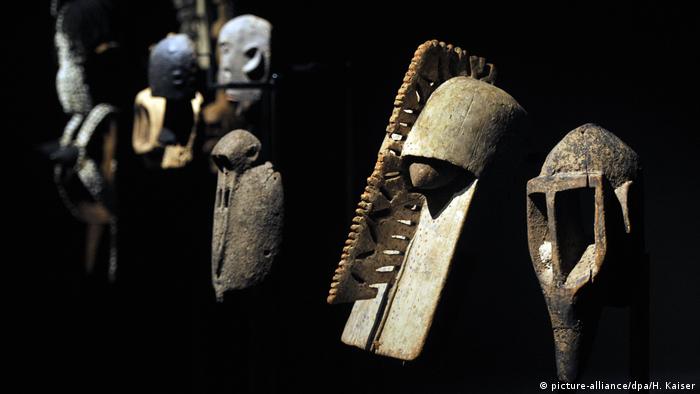 While African nations have long demanded the restitution of poached cultural artifacts, in former colonial powers like France and Germany the debate has recently reached fever pitch as cultural and political figures make the case for repatriation.

In November, a  108-page breakout report by French academics Bénédicte Savoy and Felwine Sarr on the "Restitution of African Cultural Heritage" proposed the return of thousands of colonial art objects to create a more balanced representation in African museums. Following the report, French president Emmanuel Macron made the commitment to return such goods, most especially to Benin. But so far, Germany has been wavering.

2019 marks a century since Germany lost its colonial possessions following the signing of the Treaty of Versailles. The Humboldt Forum in the newly rebuilt Berlin Palace will open on September 14 with a permanent exhibition including a number of cultural artifacts appropriated during Germany's sometimes genocidal colonial forays in Africa.

Months ahead of the opening of the controversial Humboldt Forum, Monika Grütters, Germany's Minister of State for Culture, signalled a significant shift in cultural policy.

"Just waiting passively for someone to want something back is not the way to reconcile our colonial past," said Grütters on January 2. "We should actively approach the descendants ourselves."

A day later, Hermann Parzinger, the President of the Prussian Cultural Heritage Foundation that manages the Humboldt Forum, said the new cultural institution should include a "silent space" where people can stop to consider the crimes committed by German colonizers. These include the mass murder of tens of thousands of indigenous Herero and Nama people during protests against colonial rule from 1904-1908. The crimes were recognized by Germany as genocide in 2015, but the country has not agreed to reparation demands.

While such a memorial space will be welcomed as a reconciliatory gesture by an institution that will soon exhibit treasures appropriated during colonial times, critics observe that the Humboldt Forum has employed few concrete measures to return parts of its vast colonial art collection — or to even determine some of its origins. 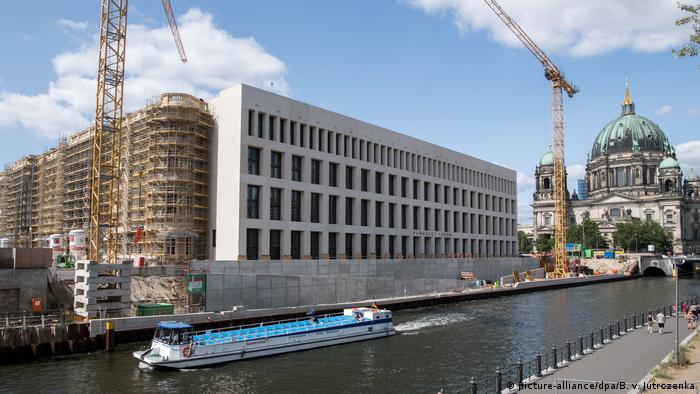 The Humboldt Forum, which includes the Berlin Ethnological Museum collection, has been touted as the largest and most ambitious cultural project in Germany. But as construction ends and the opening date approaches, the institution has been mired in controversy.

Before co-authoring the landmark French report on colonial art repatriation, Bénédicte Savoy sat on the advisory board of the Humboldt Forum. She resigned her post in July 2017 in protest over a perceived lack of provenance research at the institution.

"I want to know how much blood is dripping from each artwork," she wrote in an opinion column in the German daily Süddeutsche Zeitung. "Without this research, no Humboldt Forum and no Ethnological Museum should open."

Savoy said that only works whose origins have been clarified should be on display. Yet concrete provenance research has been slow, with a project on the "shared history" of Tanzanian art one of the few to be made public.

Even as Grütters becomes more explicit about providing greater funding and resources for provenance research leading to active restitution, some remain pessimistic.

"How do they want to put this into action?" asks Tahir Della, a member of "Decolonizing the City," a Berlin initiative whose goals include renaming streets named after German colonizers. Della is also a spokesperson for the "Initiative of Black People in Germany," the first group to represent people of African descent in a nation where blacks are often underrepresented.

"Is the focus on bringing the stuff back to the African continent, to the original owners; or is the focus to maintain the status quo so that as many objects as possible remain in German museums?" asks Della.

Wiebke Ahrndt, an ethnologist and director of the Übersee-Museum (Overseas Museum) in Bremen which holds a large collection of art objects from the former German colony of Cameroon, calls for a nuanced approach to restitution.

"The issues the French have raised — giving everything back to the countries of origin — have nothing to do with reality nor, as a rule, the interests of these countries," she told DW. "With special objects, it is different however: culturally sensitive objects including human remains, leadership insignia and special religious artifacts. Those are the things that we must talk about."

Might Ahrndt's words also be interpreted as a reluctance to returning many of Germany's prized "cultural assets" to their places of origin, and are museum-establishment concepts like "shared heritage" merely a distraction?

Tahir Della feels that statements by Grütters and Parzinger are "playing for time" as opposed to opening real dialogue with the original owners.

Using the example of the Nefertiti statue held in Berlin's Neues Museum, Della says the institution has been prevaricating for decades on returning the object to Egypt, arguing that the icon is "too old to travel."

In an interview with DW, Jonathan Fine, the curator of African collections at Berlin's Ethnological Museum, described the first step towards restitution: "We must talk to them. We are not trying to delay something."

Fine is part of a new provenance research project investigating the origins of 1200 objects from Namibia through dialogue with the relevant communities. "In many cases" the work will lead to restitution, he says.

The Humboldt Forum's Hermann Parzinger also supports new initiatives to deal with Germany's colonial heritage akin to the 1998 Washington Declaration that outlined the restitution of Nazi-looted cultural goods to original owners and their heirs. International conferences and joint exhibitions by European and African museums might further "lead to loans, and even to the restitution of items," he said.

Della, for his part, believes that the idea of conferences and declarations is often too "wishy-washy," adding that African-German groups like Decolonize the City have never been consulted in the creation of such initiatives, or indeed over plans to display cultural artifacts from Africa at the Humboldt Forum.

To lend or to give back

The Ethnological Museum in Berlin's new Humboldt Forum has the second largest collection of "Benin Bronzes," sculptural artifacts looted by the British from the ancient kingdom of Benin, which partly stretches into current-day Nigeria. Along with a network of European museums, the Berlin institution has agreed to loan some of the 500-odd objects to a museum in Benin under the auspices of the Benin Dialogue Group.

Some say, however that lending proposals like these show an unwillingness to return the artifacts to their rightful owners.

Australian Aboriginal activist Roxley Foley suggests that while British museums, like some in Germany, are happy to lend back cultural artifacts, including human remains, to the original owners, it should be the other way around.

"How about you give the objects to us and we'll lend them back to you?" he said during a October 2017 conference in Berlin titled "Prussian Colonial Heritage. Sacred Objects and Human Remains in Berlin Museums" — a resolution from conference participants demanded that the Humboldt Forum "become a place of transnational dialogue and global reconciliation" by initiating joint provenance research projects "aimed at repatriation of all human remains from colonized people."

In their report on the "Restitution of African Cultural Heritage," Bénédicte Savoy and Felwine Sarr also oppose the long-term loan of objects, favoring instead the unconditional return of property or remains, and urging Macron to cast aside "political prudence and museum anxiety."

Finding the political will

Following Savoy's and Sarr's report, German museum directors like Marion Ackermann of the Dresden State Art Collections have said that cultural institutions now need to tackle complex legal issues to expedite the return of cultural goods, including human remains. But she also stressed the need for a national political commitment before such remains are repatriated to countries like Australia and Namibia.

In this vein, Monika Grütters and Michelle Müntefering, Minister of State for International Cultural and Educational Policy, have announced the creation of a binding policy on "cultural heritage from a colonial context" in March 2019.

Is this the kind of political commitment that Tahir Della says has been absent so far?

While Grütters acknowledges that both European and German colonial history had for decades been a "blind spot in the culture of remembrance," Della still fears that, for now, he is "not seeing the political will" to actually change this.