African museum directors have welcomed an expert report advising the French government to return thousands of cultural artifacts and artworks. The move could put pressure on other former colonizers, Germany included.

A new report has recommended that France's laws be changed, to allow African cultural treasures removed during France's colonial period to be returned to their countries of origin.

In a speech in Burkina Faso in November 2017, Macron raised hopes that he would put change in motion.

"Africa's heritage cannot just be in European private collections and museums," he said at the time.

He tasked French art historian Benedicte Savoy and Senegalese writer Felwine Sarr to draw up the conditions, and they are presenting their report to Macron on Friday.

They have recommended changing French law to allow the restitution of cultural works if bilateral accords are struck between France and African states.

The change would apply in particular to works held in museums which were "transferred from their original territory during the French colonial period," the report said.

Some of the works were bought, bartered or sometimes simply stolen, by soldiers, explorers and others during the colonial era. Of the estimated 90,000 African artworks in French museums, around 70,000 are at Paris' Quai Branly museum, created by former President Jacques Chirac, who was a keen admirer of African and Asian art.

The ownership controversy is nothing new. A UNESCO convention against the export of illicit cultural goods, adopted in 1970, called for the return of cultural property taken from a country but it did not address historic cases, including from the colonial era.

With museums fearing they could be forced to return artifacts, former colonial powers have been slow to ratify the convention: France only did so 1997, Britain in 2002, Germany in 2007 and Belgium in 2009.

The issue was again thrust into the spotlight in 2016 when President Patrice Talon of Benin asked France to return items including carvings, scepters and sacred doors from the Palaces of Abomey, formerly the capital of the kingdom of Dahomey.

France refused, citing its law that museums are forbidden from permanently parting with any piece in their collections. Macron proved to be a president more sympathetic to the cause. 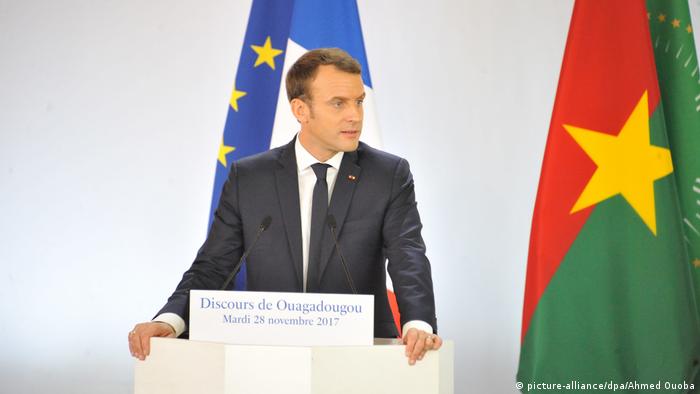 With the release of this report, Marie-Cecile Zinsou, a daughter of Benin's former prime minister and president of the Zinsou Art Foundation in Cotonou, said, "Today it feels as if we're just a step away from recovering our history and being finally able to share it on the continent."

But restitution won't happen automatically. In order to begin any restitution process, African countries must lodge a request with French authorities, based on inventory lists.

Meanwhile, the prospect has angered some curators and art dealers who say it would eventually empty museums and galleries in Western countries. They point to the fact that many objects came from kingdoms which no longer exist, and that in many cases the owners can claim they were obtained legitimately.

Critics also say the move could prompt private French collectors to move their works out of France for fear of seizure. Some have also raised practical concerns, such as the danger of artifacts being stolen or poorly handled by inexperienced museums in politically unstable countries. 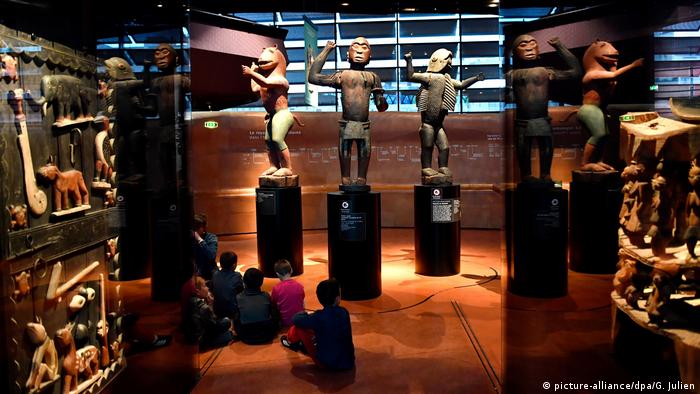 But, as African nations applaud the report, and the wheels of French bureaucracy lumber towards changing the law, other European countries are examining their own collections of African cultural artifacts.

Germany is also considering what to do with the items stolen from its colonial-era African empire, which ran from 1884 to the end of the First World War, in countries including Cameroon and Namibia.

In September 2017, minister of culture Monika Grütters suggested a model similar to that used by the German Center for Lost Cultural Property. The center seeks out owners of art plundered by Nazis in order to return the items.

The debate could ignite again in 2019 when a major new ethnological museum, the Humboldt Forum, opens its doors. Its collection includes artifacts taken from former German colonies.

African art goes on sale in Paris and Marrakech

From Orientalism to colonialism and independence, the double auction draws on 120 years of African art, with more than 70 works up for bidding. (29.12.2017)

Germany and Cameroon shed light on shared colonial past

The two cities of Dusseldorf, Germany, and Dschang, Cameroon, are thousands of kilometers apart, but their shared colonial history connects them to this day. Jake Davies went to explore in Dusseldorf. (25.09.2017)

Masks, jewelry and statues - how did items from the colonial era find their way to Germany? The director of the Linden ethnological museum in Stuttgart shares her insight in an interview with DW. (07.03.2017)