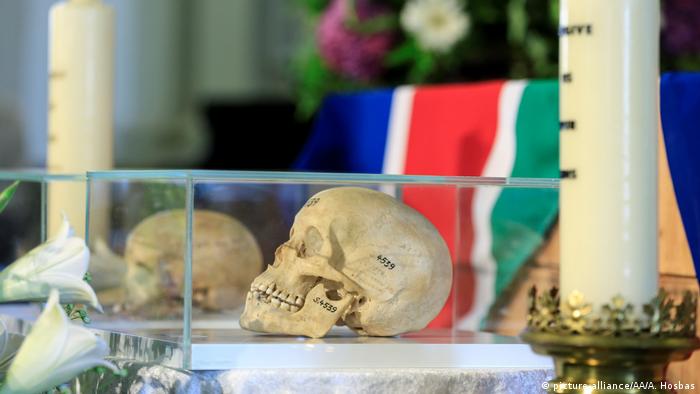 The personal apology by the German official who traveled to Windhoek for the ceremony falls far short of what the Herero and Nama peoples demand. But the descendants of the victims appeared touched.

German imperial soldiers massacred thousands of Herero and Nama between 1904 and 1908, in what is referred to as the "first genocide of the 20th century." 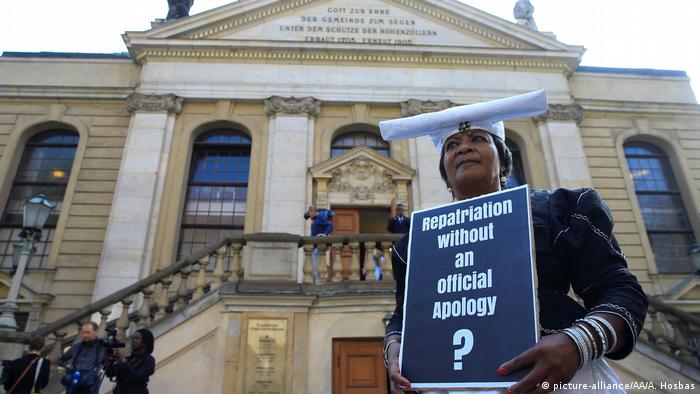 The repatriation of the remains of the 27 Herero and Nama people is the third of its kind. It comes as the communities continue to demand a formal apology and reparations from Berlin.

"I bow my head in profound sorrow. I cannot undo the terrible injustice committed by our ancestors. But here in the land of your ancestors, I again ask for your forgiveness from the bottom of my heart," Michelle Müntefering, Germany's deputy foreign minister, said.

Fransiska Mureti, a Nama woman, was among those who listened at the event at Parliament Gardens. "I could feel she is touched. She is also not the one to blame because by that time she was not born, but is a generation away from that generation," Mureti told DW.

"But I am happy that at least, if you hear that a minister is coming, I had a feeling that she is touched and I guess that from now on they will admit that what they did was beyond reason — even if you kill an animal you don't do that. So, it is heart-breaking."

Some Herero and Nama see the repatriation of the remains — including skulls and bones — as an indication that Germany is ready to acknowledge the atrocities and make right the wrongs of the past.

"This event today is a very emotional one in many respects to the young Herero, because it allows us to pay our last respects to our forefathers who were killed at the hands of the German imperial forces, many of whom we never got to see," said Kaipahere Kandjii.

"I think this is the third consignment of the human remains being brought to Namibia. So, in that respect it is a very emotional one for us. For me personally, and I think the rest of the young Herero men and women here, I think it allows us to have a personal engagement, with us to see where we've come from, what our forefathers did for us and how we can take the journey forward."

The ceremony included traditional rituals and a brass band. It came after Nambian tribal chiefs and guests attended a church service held for the genocide victims in the German capital Berlin. 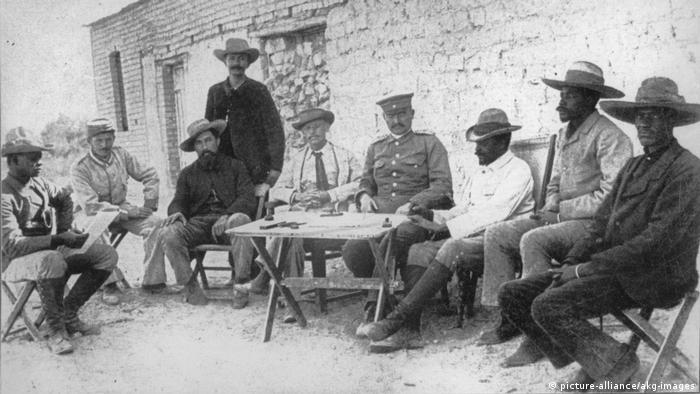 "I am so glad that the remains of my forefathers are back, that was the dream of our former paramount chief, Kuaima Riruako, but it's also sorrowful," Junior Walter Ngueihita told DW in Windhoek.

"It's so heart-breaking, but at last the German government and the Germans at large, have decided at last to release the skulls," Ngueihita added.

"This is one of the good days, but perhaps while we are still alive or after we have departed this earth, or maybe our grand-children will get something from the Germans, it's just that the German government must come with an apology which states they have truly done such a cruel thing."

Germany's decision to return colonial-era human remains to Namibia is an important step toward reconciliation. But the gesture is worthless without an apology for the country's genocide in Africa, says DW's Daniel Pelz. (29.08.2018)

Genocide in Namibia: Germany remains at odds with its colonial legacy

Namibia's Herero people have filed a lawsuit in the US against Germany over a genocide in the early 20th century. The case, which got underway on Tuesday, shows how Germany is still struggling with its colonial past. (30.07.2018)