As extinctions loom, biodiversity warnings fail to resonate with governments, media | Environment | All topics from climate change to conservation | DW | 22.05.2019 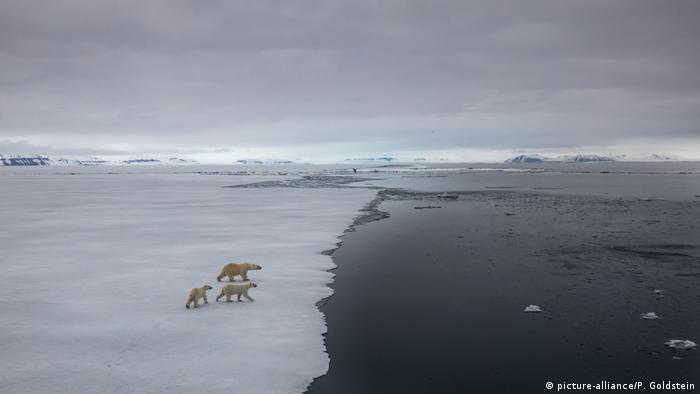 The day scientists warned one million species face extinction and nothing short of "transformative" action will stop ecosystem damage wrecking our way of life, British journalists went into overdrive. Meghan Markle, the Duchess of Sussex, had just given birth.

In the battle for public attention, the royal baby was king. It relegated next-day coverage of the Intergovernmental Science-Policy Platform on Biodiversity and Ecosystem Services (IPBES) report from the front pages of all but two of Britain's national newspapers. Globally, Google searches for Prince Harry and Meghan Markle were 14 and 31 times higher than biodiversity the day the report came out.

"Where [is] the breaking news?" said Greta Thunberg, a 16-year-old Swedish climate activist, in a tweet the next evening, referring to the lack of biodiversity coverage. "The extra news broadcasts? The front pages? Where are the emergency meetings? The crisis summits? What could be more important?"

The IPBES report, the most comprehensive study of life on earth ever undertaken, lays out stark threats from biodiversity loss: one million species face extinction; the soil, forests, oceans and rivers we rely on have been devastated by humans; and climate breakdown can only be prevented through better stewardship of nature. Its summary for policymakers, published on May 6, was hailed as a landmark moment for conservation.

Yet faced with an accelerating extinction crisis, environmentalists despaired of media outlets burying — or ignoring — the most significant alarm bells to date. 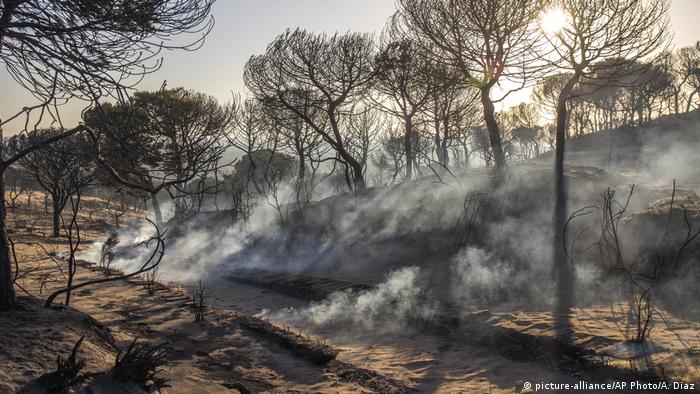 But the people behind the report are cautiously optimistic.

"I really believe that for the first time we've triggered a global awareness, and I don't say this lightly," said Anne Larigauderie, IPBES executive secretary, adding she had recently seen graffiti warning of a "sixth mass extinction" in the suburb of Paris she lives in. Scientists say there have been five previous mass die-offs on Earth.

"We've been [talking about biodiversity] for several decades and I really sense for the first time that it's starting to pick up."

More than 20,000 unique articles were written about the report across 45 languages, according to IPBES's own data. Its presence on TV screens and in radio waves was hard to track, said Patrick Tonissen, an IPBES communications officer, but the report led national broadcast news bulletins including a BBC News show.

In government, the report was cited by local and national administrations declaring climate emergencies. IPBES representatives met with environment ministers from G7 member states earlier this month to sign a biodiversity charter and are scheduled to testify before US congress on 22nd May, the UN's international day for biological diversity. Myanmar voted to become the 133rd member of IPBES shortly after the report was published, according to local media.

"I would not say the response was perfect or by any means ideal," said Tonissen. "But it was a major step forward in raising awareness of biodiversity." 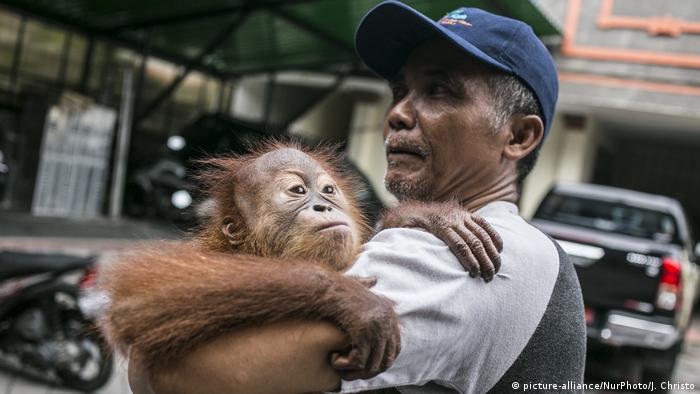 Getting people to care

When it comes to nature, the fight for attention is an uphill struggle.

Dynamic, simple and urgent language helped the report resonate with the average person, said Joyce Msuya, acting executive director of UN Environment. This helped it break into a competitive news cycle. "I was [also] one of those people checking my phone every two minutes for news of the royal baby," she added, "so I felt the excitement."

But attempts to push conservation into the public consciousness have so far stalled.

People care about biodiversity loss but face barriers to engaging with it, said Kathryn Williams, environmental psychologist at the University of Melbourne. This, she says, is because we may not recognize plants, animals and places we love in the words "biodiversity" and "species"; the scale of extinction and loss can feel so overwhelming that we distance ourselves emotionally; and, on an individual level, we don't know how to stop it.

More than with climate, scientists and journalists have struggled to communicate the importance of nature. In an effort to connect better with readers, the Guardian newspaper last week updated its style guide to prefer the word "wildlife" to "biodiversity". Biodiversity loss receives up to eight times less media coverage than climate change, Canadian researchers found last year.

The reason? Nature's unprecedented decline, which has quietly sped up, is, in isolation, less dramatic than extreme weather events brought by global warming — such as flash floods and wildfires. Its contributions to humans are also hard to grasp. An obscure earthworm may form part of an ecosystem that keeps soil fertile and helps put food on our plates. But its death rarely stirs hearts the way a polar bear on melting ice does.

That has kept conversations about biodiversity focused around charismatic mammals, such as orangutans and elephants, at the expense of wildlife whose utility is less visible, such as fungi and bacteria.

The Canadian researchers also observed a 10 to 15-year delay between the formation of the Intergovernmental Panel on Climate Change (IPCC) and a rise in media interest in climate change. IPBES, which spent three years and 2.4 million dollars compiling its global assessment on biodiversity, was founded in 2012.

"When you look at history, I think this is the first time ever that a biodiversity or nature report was the theme of main headlines globally," said Msuya. "We could not have asked for a better time to talk about biodiversity." 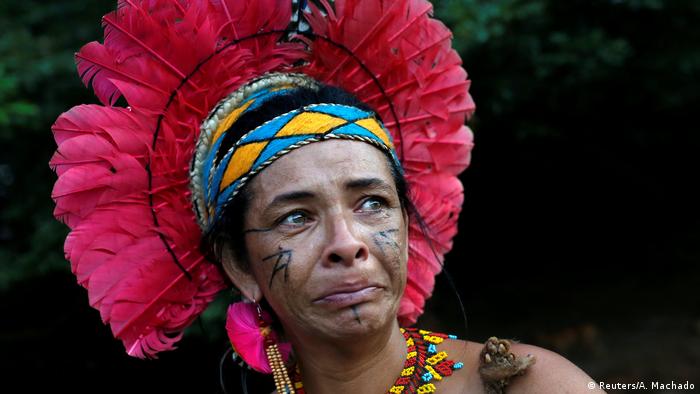 Indigenous peoples have taken better care of the planet that most, but are among the most at-risk from biodiversity loss

The increasing awareness of biodiversity — whether sufficient to save it or not — may be partially down to lessons learnt from climate change communication. By emphasizing humanity's dependence on nature for food, water, energy and medicine, the report's press briefing drew journalists towards the effects of biodiversity loss on people. The research field of ecosystem services, which the report drew on, puts a price tag on these contributions.

That framing has come under fire from environmentalists who say it ignores the intrinsic value of nature highlighted in the report.

Kieran Suckling, executive director of the Center for Biological Diversity, said in a tweet: "There's no reason, no authentic emotional motivation to pivot to a "greater" problem [than mass extinction]. Most people can see the simultaneous tragedy of what we're doing to ourselves and other earthlings without needing to immediately declare one to be more important."

The report's more shocking figures dominated headlines, said IPBES, with only a small proportion of articles covering the intangible benefits of biodiversity. Nature's non-material contributions to people, such as learning from the diversity of life and solidifying cultural and spiritual identities, are decreasing globally.

For people to engage with biodiversity you have to show how it affects them, said Williams, the environmental psychologist. "One of the great things about the report is that it highlights... the different ways we value nature. Not just tangible ways like food and clear air, but also the ways that we relate on a more emotional level."

The sluggish response from governments has put pressure on scientists and journalists to find new ways of communicating the urgency of biodiversity loss.

The morning after IPBES released its global assessment and Meghan Markle gave birth, German daily Tageszeitung, anticipating a shift in public priorities, splashed the biodiversity story next to a picture of the British royal family, the Windsors. It was captioned: "Windsors saved from extinction!" 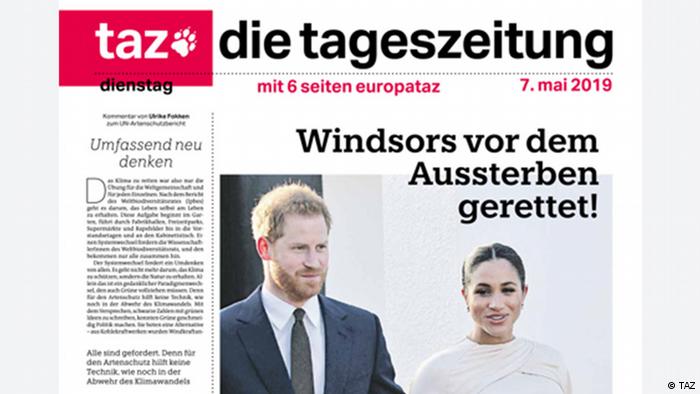 Macron: France will step up fight against species extinction

French President Emmanuel Macron wants to halt the alarming rate of biodiversity loss by making France greener. He said the "very possibility of having a habitable Earth" was at stake. (07.05.2019)