More than 1,000 people have been arrested since protests against climate change started in the British capital on April 15. Greta Thunberg said the movement would "make sure" that politicians take drastic action. 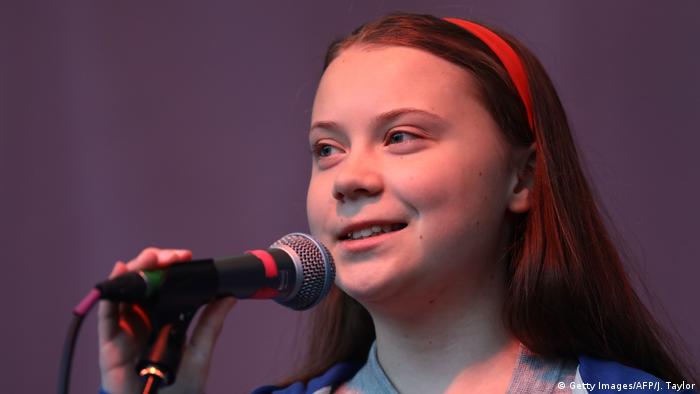 Swedish activist Greta Thunberg told hundreds of people in London on Sunday that their weeklong protest against climate change was "making a difference." Demonstrations continued on Monday, with the number of arrests topping 1,000, police tweeted.

Extinction Rebellion, the group behind the protests, wants the government to declare a climate emergency and reduce greenhouse gas emissions to net-zero by 2025. 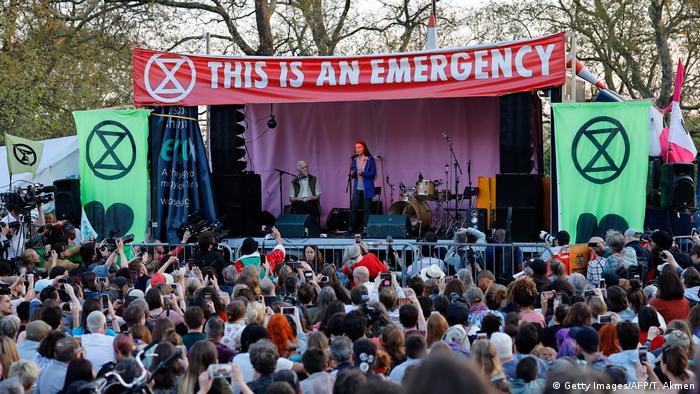 Since Monday, rallies have been held at Marble Arch, Waterloo Bridge, Oxford Circus and Parliament Square. The police, which only approved demonstrations at Marble Arch, said Monday that 1,065 people had been arrested for protesting outside of that area and other misdemeanors.

The demonstrations have caused severe disruption in the capital and are set to continue after Extinction Rebellion said it would continue to protest until the government had met its demands.

"For way too long the politicians and the people in power have gotten away with not doing anything ... But we will make sure that they will not get away with it any longer," Thunberg said.

The 16-year-old shot to fame after she started an anti-climate change school strike in Stockholm last year.

Thousands of students at schools around the world have since imitated the initiative, known as the "Friday for Futures," by skipping school every Friday to attend local demonstrations.