An increasing number of polar bears can't catch enough prey to fill their stomach, researchers found. As a result, many bears are losing weight — a development that could push the species closer to extinction. 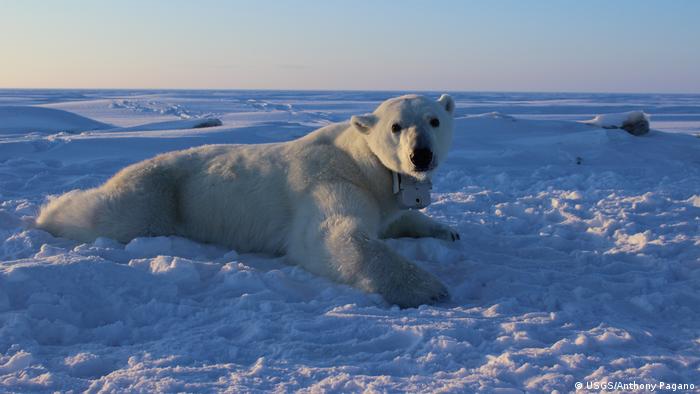 Imagine you have to walk through ice and snow all day for most of the year. You'd work up quite an appetite — and get hungrier the more distance you'd cover.

That sums up the life of a polar bear.

Living in the icy Arctic, they prey on fat-rich mammals like ringed seals to sustain themselves in this harsh environment.

And they now need more food than in the past, a study has found.

The iconic animals require 1.6 times more energy than was estimated in the 1990s, researchers at the US Geological Survey, the Alaska Science Center in Anchorage, and at the University of California at Santa Cruz report in the journal "Science."

"They need to be catching a lot of seals," Anthony Pagano, a PhD candidate at UC Santa Cruz said.

In total, the bears would have to eat one adult ringed seal or 19 newborn seal pups every 10 to 12 days to avoid starvation, the researchers say.

They assume the bears' hunger for food is greater than previously estimated due to a lack of sea ice; that makes the bears have to roam over greater distances to find and kill prey.

According to a study by the University of Colorado, the extent of sea ice across the Arctic is decreasing at a rate of 14 percent per decade. 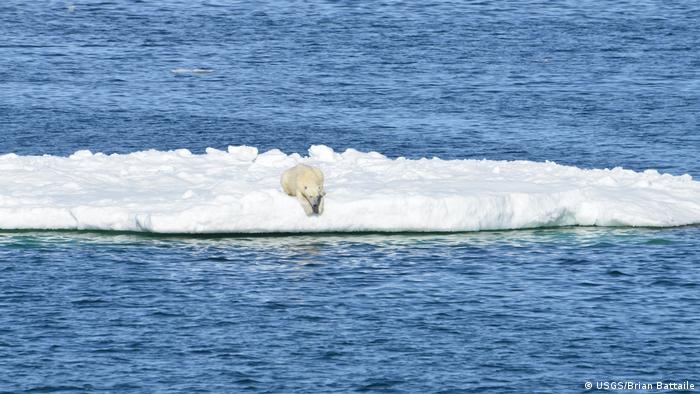 The problem is that many polar bears can't seem to find enough food to satisfy their high energy requirements.

Five of the nine bears that were examined in the study lost weight, amounting to approximately 10 percent of their body mass during the eight- to 11-day period.

"Increases in movement [...] mediated by the loss of sea ice habitat are likely to have negative [...] effects on polar bear reproductive success, and ultimately, their populations," the researchers conclude.

Polar bears in a warming world

The fact that climate change might hit polar bears hard is not a surprise.

In December last year, a video of a dying polar bear rummaging in trash and eating styrofoam, assumed to be starving, went viral on social media. That bear turned out to probably have been ill.

It was once thought that polar bears could go into a kind of walking hibernating state when no food is around, decreasing their metabolic rates and thus their energy requirements. This assumption was found not to be true.

"Two-thirds of the world's polar bears could die out by 2050," cautions WWF, demanding an immediate decline in greenhouse gas emissions so that the bears can stand a chance of survival. 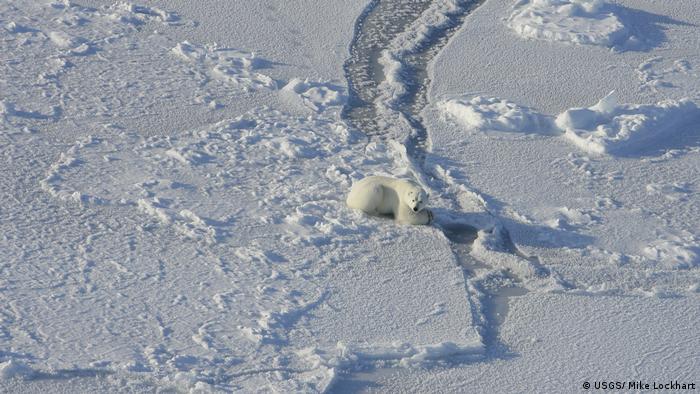 According to the International Union for Conservation of Nature, there are approximately 26,000 polar bears left. The species is categorized as "vulnerable." In the US, it's considered a threatened species.

IUCN experts estimate that the population could decrease by 30 to 50 percent if the loss of sea ice continues.

How did Pagano and his colleagues prove that it's harder for polar bears to find food in a world with less sea ice?

The researchers went there and observed the bears.

"We've been documenting declines in polar bear survival rates, body condition, and population numbers over the past decade," Pagano said. "This study identifies the mechanisms that are driving those declines by looking at the actual energy needs of polar bears and how often they're able to catch seals."

They collared nine adult female polar bears on the sea ice of the Beaufort Sea in Alaska with a GPS video camera and observed the bears for discreet time periods over three consecutive years.

The GPS told them the distances the bears wandered, and the video camera recorded if the bears were successful in killing and eating prey. 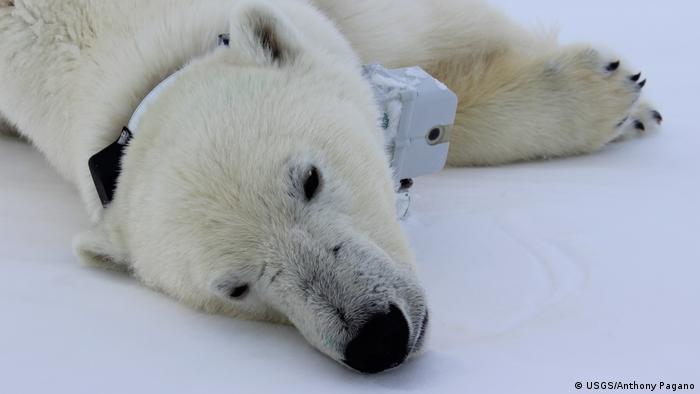 To measure the animals' energy needs, the researchers injected them with a tracable (nonradioactive) element.

By comparing the bears' blood samples before and after, they could calculate the amount of carbon dioxide that the animal had produced, and thus its metabolic rate.

"An increasing proportion of bears are unable to meet their energy demands," the authors concluded.

While the recent study might be bad news, it doesn't automatically mean the end for polar bears, comments Jörns Fickel, a evolution geneticist at the Leibniz institute for Zoo and Wildlife Research in Berlin.

"Nobody can conclude from the study that polar bears will get extinct," he tells DW. "I am still optimistic that the species will make it." 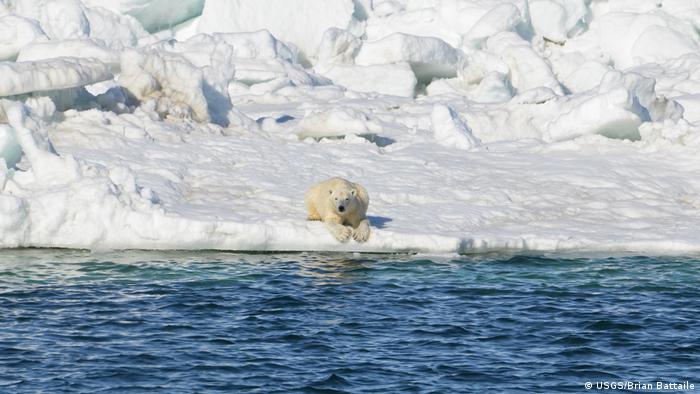 Will the species survive climate change?

From an evolutionary point of view, a loss in body weight in some animals doesn't necessarily mean that the total number of polar bears will decline, Fickel stresses.

"In a population, there are always individuals who cope better or worse with any changes."

Polar bears are evolutionary old animals: the species evolved as long ago as some 600,000 years.

Fickel points out that the species has seen many warmer periods during their existence, and that they might be able to adjust to a warmer world – as long as there is a healthy seal population, that is.

But still, "when I see pictures of big glacial blocks breaking away and the sea ice is retreating, I get worried," Fickel admits.

As a scientist, he stresses that we shouldn't go off of gut feelings, but rather reliable data — "and for polar bears, those [data] aren't there yet."

So don't give up yet on the powerful polar bear.

Although we know Berlin zoo's polar bear baby Fritz died after suffering liver inflammation, it's not entirely clear why. Polar bears do have a quite unique physiology, though. (07.03.2017)

Polar bear cubs like Fritz of Berlin's Tierpark are cute and enjoy popularity. But is a zoo really the right place for them? (07.03.2017)