Dead rhinos, penguins, polar bears in zoos - why do we get so upset about animal stories? | Environment| All topics from climate change to conservation | DW | 09.03.2017

A penguin found decapitated– a polar bear cub dead from an unknown cause – a white rhino shot through the head – all news that led to a public outcry. Why do we get so het up about animal stories? 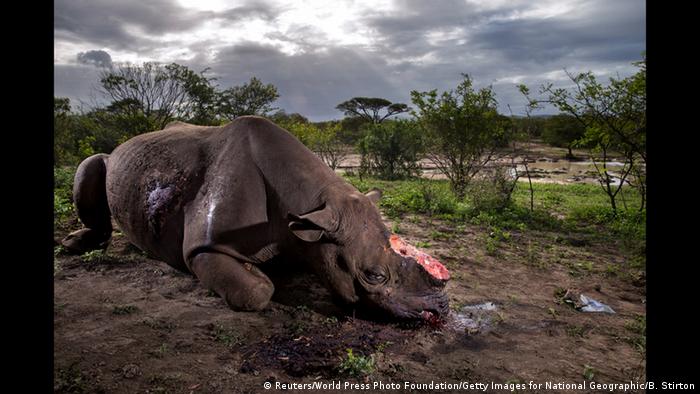 The killing of a rhino in a Paris zoo, the death of a polar bear cub in Berlin, the fate of a penguin that disappeared from a zoo in the German city of Mannheim – there has been no shortage of shocking reports relating to zoo animals recently. This kind of story attracts widespread public attention. Anger, frustration, sadness, disgust.  So what is it about these animal tales that arouse such strong emotions in so many of us humans?

The more people subjectively perceive that animals and humans share similarities and common factors, the more they tend to feel solidarity with them, Catherine Amiot told the social networking site for scientists and researcher ResearchGate. 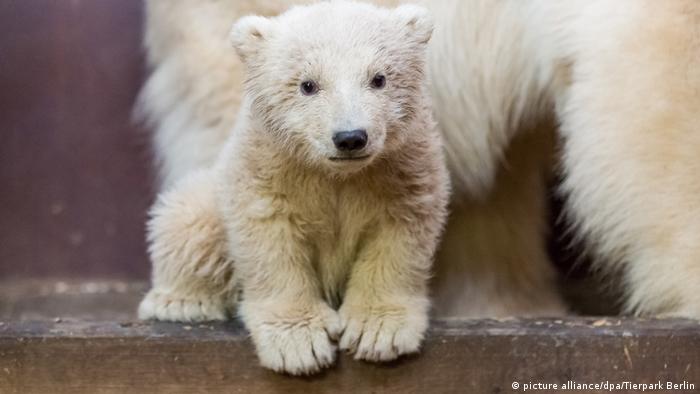 Just like us? Polar bear cub Fritz: cute and cuddly.

The scientists showed participants in their study pictures of animals including cows, monkeys, fish, owls and foxes, which appeared to display human-like emotions, such as pride or contempt. They found that the idea that animals share our emotions play a major role in making us empathize with them. Regardless of whether an animal is big, small, cuddly or ugly, it is the idea that they appear to be experiencing the same emotions as we humans that influence our relationship to them, the scientists say. So, presumably, the more people assume the killed rhino felt fear and pain, the greater their outrage at the brutal killing.

The fact that the penguin, polar bear and rhino died in zoos, where they might be expected to be safe from harm, adds another dimension. Animal-lovers are divided on the pros and cons of keeping and breeding animals in captivity. The unexpected deaths of zoo animals lend support to those who say animals should not be kept in captivity.

Gerald Kamwenda, a conservation manager with the environment group WWF in Tanzania told DW animals like rhinos lose some of their natural strength when they are kept in zoos. This includes the ability to protect themselves against enemies, he said. So Vince, the white rhino killed in Paris, might have been helpless, deprived of his natural power to resist, when the poachers attacked him to steal his horns.

People felt like there was a lack of responsibility in zoos, he said.  Animals are taken from their native habitat and put in captivity, so the zoo has a particular responsibility to make sure the animals are well guarded and taken care of. "Of course, you can´t avoid blaming the zoo. But I would also blame the whole society because poachers are the ordinary people living in our communities,” he commented. 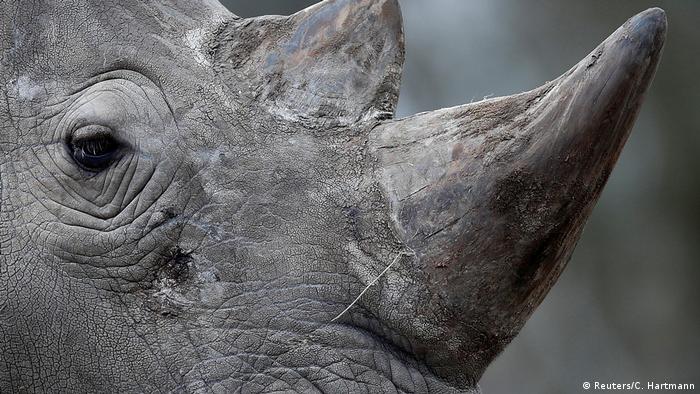 When it comes to these poachers, it seems the feeling of solidarity with animals that share emotions with ourselves is not universal. The huge prices paid on the black market for illegally traded ivory clearly push that into the background for some people.

The demand for rhino horn and elephant tusks is still high in countries like China and Vietnam.

Kamwenda stresses that animals that are under considerable threat need to be well protected. He sees the rhino killing as a clear sign that the war against poaching is far from over. "If they manage to kill an animal in captivity in a well-developed country like France, I am afraid that the situation of rhinos living in their habitat in African countries could be worse,” said Kamwenda.

So why are poachers immune to the empathy with animals that causes such a public outcry when they are spectacularly harmed or killed? The researchers Amiot and Bastian found considerable differences in the extent to which people identify with animals. It may be influenced by their socialization as children.  It also seems to be related to their attitudes towards their fellow humans. People who feel solidarity with animals are also more likely to be more tolerant of other human beings, says Catherine Amiot. Unfortunately, the opposite also seems to apply.

For many endangered species, the race is on control illegal trade before they go extinct. Two high-profile topics being discussed in Johannesburg involve changing the level of protection for African megafauna. (28.09.2016)