Although we know Berlin zoo's polar bear baby Fritz died after suffering liver inflammation, it's not entirely clear why. Polar bears do have a quite unique physiology, though. 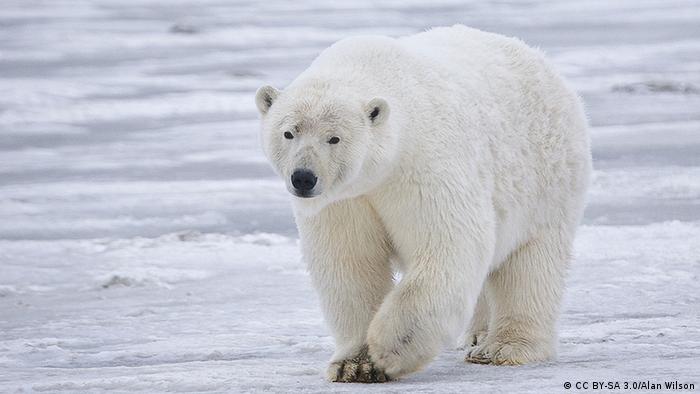 The liver is the "chemical factory" of the body, directing the metabolism of fats, proteins, sugars and other chemicals. It's a hardier organ than most - but it has its limits. Inflammations may be caused by viruses such as hepatitis and also by bacteria, or an inability to process a particular toxin. The team at Berlin zoo simply don't know what happened yet.

Is it true polar bears have poisonous livers?

Yes, polar bear liver is actually very toxic.  Vitamin A is one of a few vitamins that you can overdose on, and polar bear liver contains a lot of it. The reason? They eat seals - which have a whole lot of Vitamin A in their livers. The chemical, stored as retinol in the liver, is also toxic to polar bears - just much less so than it is to humans. Even if you're desperate, avoid the polar bear liver paté. European explorers in the Arctic learned that the hard way.

Why did polar bears evolve at all?

Polar bears are believed to have evolved from brown bears some 400,000 years ago. It's thought they were separated from their cousins in more northerly areas, possibly due to competition for food. Brown bears and polar bears still occasionally interbreed in the wild at the edges of their respective territories - with hybrid grizzly-polar bears known as "pizzlies." For polar bears, the cold and barren habitat of the Arctic wastes required big changes. For one thing, the brown bear's vegetarian diet was no longer possible. Instead, polar bears managed to survive on a high fat diet consisting largely of seal blubber, developing teeth better suited to ripping apart seal flesh. 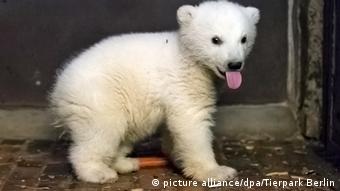 It's still very unclear what made Fritz ill

Is seal blubber ever a healthy option?

It can be - if you're a polar bear. They've evolved many adaptations to their cardiovascular system to make it less of a problem. In particular, they developed a gene that helps get "bad" cholesterol out of the bloodstream - and into cells - quickly. As a result, polar bears are less likely to get fatty arteries and the risk of heart disease is far lower. It's almost like an anti-junk food gene. The change apparently happened quite rapidly, and was very necessary for polar bear survival when they became separated from their brown bear cousins.

Why are they so big?

Living in the Arctic cold means things get chilly, so polar bears need to have a small surface-area-to-volume-ration. They have small and bulky extremities and a stocky build, preventing excessive heat loss. Small ears and a tail, along with a thick coat, are the order of the day for this same reason.

Why do they have white fur?

They don't. Polar bears actually have see-through fur. The only reason their fur appears white is that the air that is trapped inside it scatters the light and makes the bear appear pale. Meanwhile, the skin underneath is black, to better absorb heat from the refracted sunlight. Older bears can appear yellow as their fur oxidizes or gets dirty. Being pale means polar bears have an enormous hunting advantage in the snow. 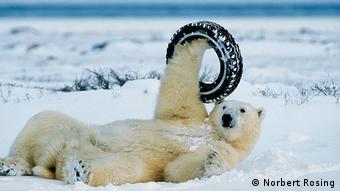 What else do they eat, other than seals?

Polar bears, when desperate, might try to land themselves a walrus, although the animal's long and dangerous tusks usually provide enough of a deterrent. Polar bears have also been known to hunt caribou and reindeer and are capable of rapid burst of speed over short distances when they need to hunt on land. However, they can soon overheat and can't keep up the chase for long. They'll also eat small birds and eggs and, when hungry and in more temperate climes, will revert to their ancestral vegetarian diet including berries and roots.

If it's always so cold, when do they hibernate?

It's always cold where polar bears live, so they just have to deal with it. Hibernation is not much of an option - except for when females are pregnant. Expectant mothers - impregnated in spring - dig their dens in snowdrifts in late autumn and go into a winter sleep, dropping their body temperatures and metabolic rates. They give birth around New Year to tiny cubs, about half a kilogram in weight. Cubs stay with their mothers for more than two years. Male polar bears, which never really hibernate, can grow to 700 kilograms.

The four-month-old cub's death has mystified Tierpark zoo officials. Fritz was to make his public debut at the zoo in the German capital in March. (07.03.2017)

Berlin's Tierpark director has said he hopes Fritz will survive the night after he was found listless in his pen. Veterinarians are still perplexed as to what caused the four-month-old polar bear cub to become so sick. (06.03.2017)

It's official: this little cub at Berlin's Tierpark zoo has been christened 'Fritz.' The fluffy baby polar bear will be presented to the public next month. (01.02.2017)