Are there signs of a thaw in icy Germany-Turkey relations? | Europe | News and current affairs from around the continent | DW | 11.01.2018

Are there signs of a thaw in icy Germany-Turkey relations?

Relations between Germany and Turkey have been strained for months. But tensions appear to be easing. Now Turkish President Recep Tayyip Erdogan apparently would even like to invite the German chancellor to his country. 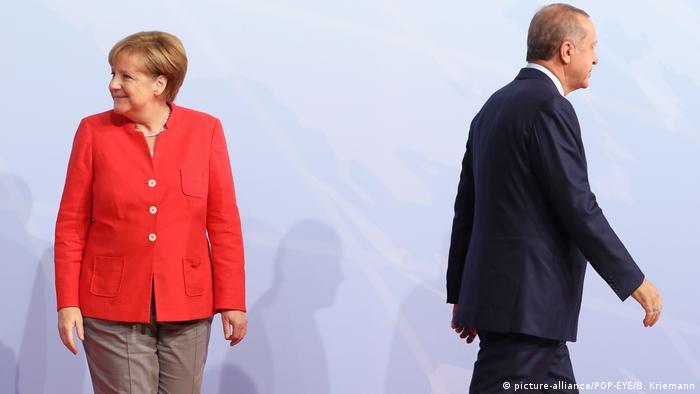 "I respect Mrs. Merkel very much. For the last five, six years, she has been the only real leader in Europe," said Turkish Foreign Minister Mevlut Cavusoglu to German reporters in his hometown of Antalya.

When a German government with Angela Merkel at the helm is finally formed, Erdogan would like to invite the chancellor to Turkey, or Erdogan could also visit Germany, said the Turkish foreign minister, adding that Erdogan has spoken to Merkel and German President Frank-Walter Steinmeier several times recently.

"We should maintain the dialogue now," said Cavusoglu.

Just over year ago, Merkel visited Turkey before the referendum that granted Erdogan sweeping power but was heavily criticized in Europe. At the time, Merkel urged Turkey to respect human rights. "Opposition is part of a democracy," she warned. At the G20 summit last summer in Hamburg, Merkel and Erdogan were visibly cold to each other. 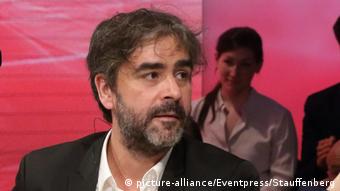 Last year, Erdogan and many other members of the Turkish government were seeking to gain referendum votes from over a million Turks living in Germany. Many Germans and German politicians openly expressed their opposition to Turkish campaign rallies taking place in Germany, sparking a diplomatic row between the two countries.

At the same time, German leaders expressed concern about the random arrests of Germans inside Turkey. Peter Steudtner, a German human rights activist arrested in July 2017, was unexpectedly released in October after former Chancellor Gerhard Schröder traveled to Turkey to negotiate his release. Steudtner is still on trial for supporting terrorists but he is now back in Germany. Mesale Tolu, the translator and journalist who was arrested in April 2017, was released just before Christmas, but she is not allowed to leave Turkey.

Perhaps the greatest diplomatic sticking point between Germany and Turkey is the detainment of German-Turkish journalist Deniz Yücel. Although no formal charges have been brought against him, he has been behind bars for almost a year. Cavusoglu denied German claims that Yücel is being held for political reasons. "I assure you, Deniz Yücel is not a politically motivated case," he said. "What do I have to gain from detaining Yücel? What will I get in return? Nothing. It is poisoning our relations? Yes. Do I like that? No. But I cannot intervene in the justice system just to get rid of this problem."

Leaders in Germany are skeptical of Cavusoglu's claim. Even high-ranking politicians like German Foreign Minister Sigmar Gabriel openly refer to Yücel as a hostage of the Turkish president. 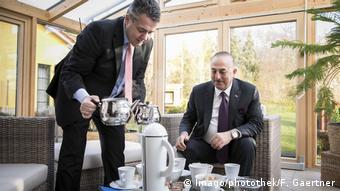 Gabriel's friendly banter with Cavosoglu caused a stir in Germany

Yet it was also Gabriel who invited Cavusoglu to his home in Goslar and served him Turkish tea — sparking backlash in the press that he was being too friendly with Turkey's foreign minister. It is considered to be an open secret that skilled diplomacy and economic pressure have helped to ease the deadlock between Berlin and Ankara. Gabriel issued travel warnings for Turkey once again (the number of German tourists in Turkey has declined) and recently stressed that his country would exercise extreme caution in selling military equipment to Turkey as long as Yücel remains in custody.

German-Turkish relations on the whole do indeed appear to be thawing, but no one knows what this will mean for Yücel himself.