The Turkish foreign minister has said the time has come for Germany and Turkey to return to friendlier relations. He also said the government is pushing for the judiciary to formally charge German journalist Deniz Yücel. 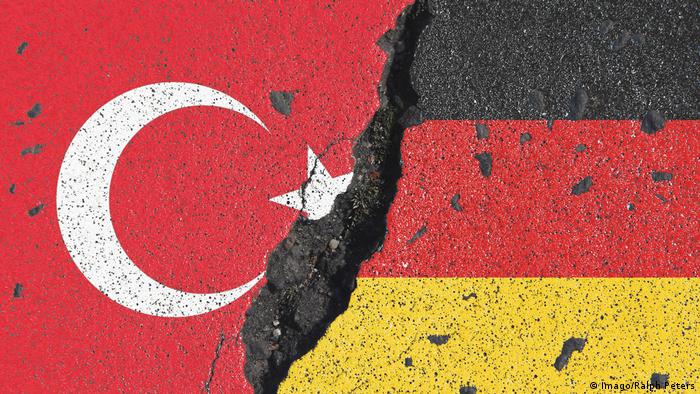 Turkish Foreign Minister Mevlut Cavusoglu said the Turkish government was encouraging the judiciary to speed up an indictment against German journalist Deniz Yücel on Monday.

Yücel, a correspondent for German newspaper Die Welt, has been in pre-trial detention for more than 10 months without any formal charges. His detention has soured already tense ties between the two countries.

Yücel was arrested in February on accusations of sedition and disseminating propaganda affiliated with terror groups.

"I am also not very happy that the indictment is still not there. But we can only encourage the judiciary to speed up the process. We have done that already," Cavusoglu said in an interview with the German dpa news agency.

The foreign minister noted that Yücel did not have government-issued press accreditations when working.

"The accusations against Deniz Yücel are very serious," Cavusoglu said.

He said if the European Court of Human Rights were to order Yücel be released from pre-trial detention, he would expect the independent Turkish judiciary to comply.

Cavusoglu said he expected relations with Germany to improve in 2018. He said Turkey had a "good dialogue" with Germany and that his German counterpart, Foreign Minister Sigmar Gabriel, was a "personal friend."

"I think both sides are ready to normalize the relations. So I am expecting a much better year in 2018," he said. "From our side, we don't see any crisis. Turkey has no problem with Germany. But Germany has a problem with Turkey, and Germany does not miss an opportunity to attack Turkey."

Some 50,000 people have been jailed in Turkey since the failed 2016 coup against the government of President Recep Tayyip Erdogan.

Inside Europe: Turkish in Germany

There are currently about a dozen German nationals in Turkish detention, which has caused diplomatic relations between the two countries to worsen considerably.

Meanwhile, Turkey wants Germany to extradite a number of people it says are connected to the coup attempt and the armed Kurdistan Workers' Party (PKK).

Cavusoglu lamented an "Erdogan-bashing trend" abroad and said Germany should treat Turkey as an equal partner.

He said he had no regrets about saying Germany had exhibited Nazi-like behavior after Germany banned rallies by Erdogan and ministers ahead of a referendum in Turkey.

As a part of the normalizing of relations, Cavusoglu called on German tourists to visit Turkey despite political tensions.

Turkey issued a travel warning for Germany, after Germany issued one for Turkey.

"I had to reciprocate this travel warning. Not because I like it, but because it was the expectation from my citizens," Cavusoglu said. "Germany should understand this: If Germany moves one step towards us, Turkey will move two steps towards Germany."

Cavusoglu emphasized that Turkey was "a safe country" and that "the Turks traditionally consider the Germans as good friends."

He continued: "We can have differences or even problems between the states or governments, but that should not affect the relationship between our people."

Chancellor Merkel has dismissed Turkey's warning about traveling to Germany, saying that Turkish citizens are more than welcome to visit. Ankara had cautioned that its citizens run the risk of facing racism or terrorism. (11.09.2017)

Turkey accuses German-Turkish journalist Deniz Yucel of inciting hatred and terrorist propaganda. In the following letter, his wife Dilek Mayaturk Yucel describes what life has been like since his arrest 100 days ago. (24.05.2017)