International artists have called for the release of the German-Turkish journalist and publisher who on Sunday will have been held for 300 days without charge. He was moved from solitary detention a few days ago. 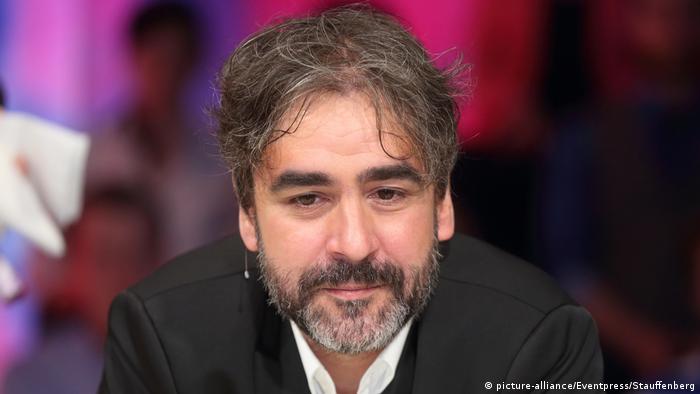 Accused of producing "terrorist propaganda" and "incitement of the population," Yucel was detained in Turkey last February and has been held without charge ever since.

Among those calling for his release, according to Die Welt newspaper, for which Yucel was a correspondent, are singers Bono and Sting, as well as Nobel Literature Prize winners Orhan Pamuk, Elfriede Jelinek, Svetlana Alexijevitsch, Herta Müller and J.M. Coetzee. DW's Editor-in-Chief Ines Pohl was also among those signing the call.

"Deniz Yucel will have been in detention in Turkey for 300 days on December 10 - he is detained without charge in a high-security prison. The 300 days are exactly 300 days too many," the statement under the #FreeDeniz online campaign added.

The statement went on to say that Yucel had done nothing but do his job and give his opinion.

Yucel was arrested on charges of sedition and disseminating propaganda affiliated with terror groups. The 44-year-old reporter denies the charges and has demanded a fair and speedy trial from the Turkish judiciary. With no court date set, Yucel has also made several demands that he be released, all of which have been dismissed by the Turkish Constitutional Court.

In an interview with DW, Peter Steudtner, a human rights activist who was detained for four months in Istanbul before being released, expressed his solidarity with Yucel.

Earlier this week, Yucel was moved from solitary confinement but the German Foreign Office, while acknowledging the change in his detention, said it would "spare no efforts to bring him back home."

Press freedom groups say that at least 150 editors, reporters and columnists are in jail in Turkey, while some put the number above 200. At least 156 media outlets have been closed under Turkey's state of emergency measures since the failed coup in July 2016 and an estimated 2,500 media workers have lost their jobs. The severity of the crackdown on media has been described by some, according to Amnesty International, as the "death of journalism."

After the failed coup, state authorities arrested thousands of civil servants and fired many more. They were accused of links to US-based imam Fethullah Gulen, whom the Turkish government held responsible for masterminding the coup attempt.

German journalist and translator Mesale Tolu has been in a Turkish jail with her young son since April. She is also accused of being a member of a terrorist organization and publishing terrorist propaganda.