Hungary's PM has railed against the EU over its handling of an unprecedented wave of migrants trying to enter the bloc. Viktor Orban also said the crisis was not a European but rather "a German problem." 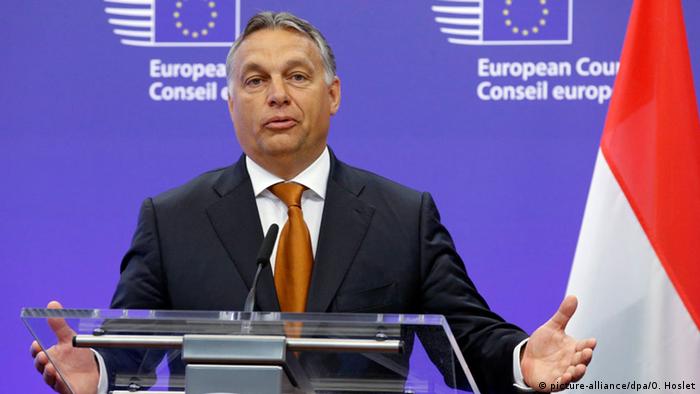 Following a meeting with Martin Schulz, the president of the European Parliament, on Thursday, Prime Minister Orban urged people fleeing conflict in places like Syria and Iraq not to come to his or any other country in the European Union.

"Turkey is a safe country. Stay there. It's risky to come. It's better for the family, for the kids, for yourself to stay," Orban told reporters in Brussels. As Schulz looked on at their joint press conference, the Hungarian premier essentially blamed the EU for not solving the problem.

Orban also defended his government's decision to set up fence made out of razor wire along Hungary's southern border with Serbia, saying Budapest was simply complying with the duties that go with having one of the outer borders of the EU's border-free Schengen zone.

Soldiers to the Serbian border

Responding to jouralists' question, Orban confirmed reports that Hungary planned to send as many as 3,500 soldiers to the Serbian border to try to quell the flow of migrants entering the country despite the razor-wire fence. 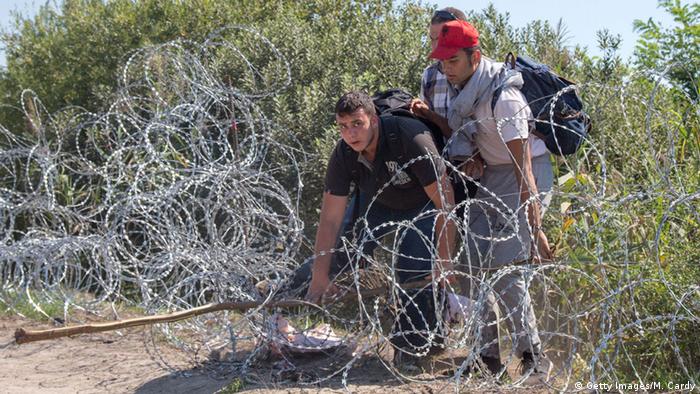 Orban also seemed to blame Germany for insisting that Hungary comply with the EU's so-called Dublin rules, which require asylum seekers to be registered in the EU country they first arrive in.

"We have clear cut regulations at the European level. German Chancellor (Angela Merkel) ... said yesterday that nobody could leave Hungary without being registered," he said. "If the German chancellor insists that we register them, we will, it is a must."

He also indicated that once registered, Hungary was happy to let the migrants continue on their journey, once Budapest had complied with the regulations.

Later in the day, Orban met with Donald Tusk, the president of the European Council. Following their talks, Tusk took the Hungarian prime minister to task over a guest commentary wrote for Thursday's edition of the "Frankfurter Allgemeine" newspaper.

In the commentary, Orban noted that "the majority (of the migrants) are not Christians but Muslims. That is an important question because Europe and European culture have Christian roots."

Tusk countered that "for a Christian, it shouldn't matter what race, religion or nationality the person in need represents."

All this came as confusion reigned over the fate of hundreds of migrants who had been stranded in Budapest for more than two days, but on Thursday were allowed to board a train bound for a town on Hungary's border with Austria. The train was stopped at at town just outside of the Hungarian capital, where one of the country's main refugee reception centers is located. Thousands of others remained in Budapest's main international train station.

Hundreds of migrants have protested at Budapest's Keleti train station as they were refused access to trains for a second day. Only people with passports were allowed to board the trains. (02.09.2015)