With a rapidly aging population, Germany looks to Balkans for care workers | Europe | News and current affairs from around the continent | DW | 03.12.2018

With a rapidly aging population, Germany looks to Balkans for care workers

As Germany's aging population struggles to find enough care workers, the country's health minister is mulling funding training programs abroad. However, the "brain drain" risk has some authorities hesitant to sign on. 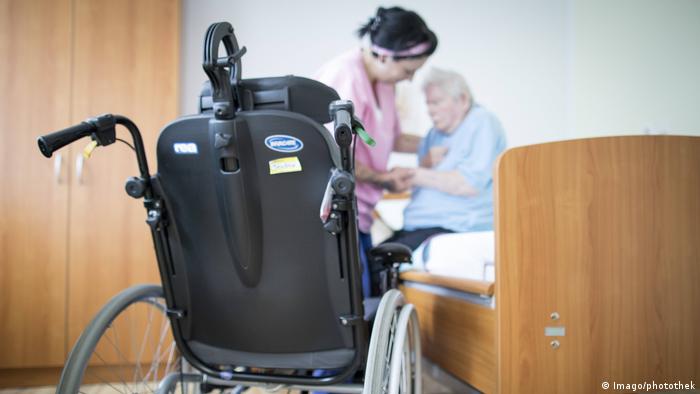 Joana Bocaj is 25 years old. She's a nurse in the city of Vlore in southern Albania, but she hopes she won't be working there much longer. Joana is preparing to leave Albania and start a new working life in the western German city of Dusseldorf. She heard about the city from a colleague. "I think I'll have a better life and a better future in Germany," she says. "Here our salaries are low, and no one values our work. That's why I'd like to live and work over there."

Joana will be welcome in Dusseldorf. Until recently, the German government had neglected chronic personnel shortages in the German care sector. The government's 2017 coalition agreement said that an additional 8,000 care workers were to be employed nationwide. That figure has since been revised upwards, with officials now talking about recruiting at least 13,000 new care workers.

But even this will not be enough. Stafff shortages in care homes are so severe that many residents cannot be adequately cared for. Thirty-six thousand positions are currently vacant; 15,000 of them are in old people's homes. There is an even greater need for care workers in private domestic care, and that is only going to get worse in the future: The number of people using these services is predicted to rise from 2.86 million currently to 4.5 million by 2060. 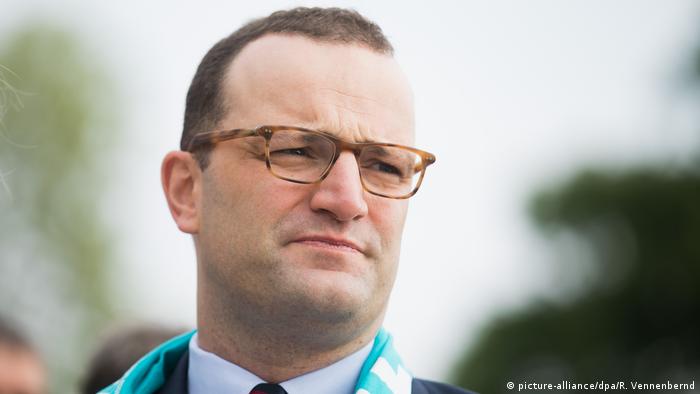 Germany's health minister, Jens Spahn, recently announced a proposal for bringing the situation under control. He suggested using newly allocated funds to train people abroad to prepare them to do care work in Germany. "We've received a total of another €9 million ($10.2 million) from the budgetary committee," Spahn said in a newspaper interview in late November.

This money would make it possible to find partners to set up nursing schools abroad. Spahn envisaged that the trainee nurses would learn German in their home countries. "They should then, ideally, be able to start work in Germany when they finish their training," he said. Spahn listed Kosovo, Macedonia, the Philippines, and Cuba as possible cooperation partners.

So far, the initiative has not found much favor in the western Balkan countries he named. Macedonia has stressed that projects like this will only do more to encourage young, active, well-educated people to leave the country. In practice, Spahn's proposal would allow Germany to train the workers it needs in another country in order for them to leave that country for good. Emigration from Macedonia and other countries in the region is already alarmingly high.

A recent study carried out in Albania by the nonprofit organization Together for life and the Friedrich Ebert Foundation also demonstrated that the threat of depopulation is real. It found that 78 percent of doctors wanted to leave Albania, with 24 percent wanting to do so immediately. Lack of professionalism in the workplace, insufficient remuneration and poor working conditions were cited as the main reasons.

Fleeing a lack of prospects

It's a similar situation in other countries in the western Balkans. Tens of thousands of people in Serbia, Bosnia-Herzegovina and Kosovo have their suitcases packed and ready for the first job opportunity to present itself. Every day, people trying to obtain work visas queue around the block in front of German consulates. Many language schools are overcrowded, with some now offering German courses as late as 11 p.m. Meanwhile, employment agencies are lining their pockets: Some German hospitals pay them a premium of up to €5,000 to place a nurse with them — and, of course, it is the job-seeker who pays the agency fees.

In Croatia, too — a European Union member whose citizens are free to live and work in other EU countries — whole regions have been depopulated. For many of those who leave, it is not just a question of seeking higher wages. Societal and political conditions in their countries, as well as the general lack of prospects, also play a big part in their decision.

From Germany's point of view, this kind of labor migration is doubly beneficial. Employers can find the skilled workers the country so desperately needs, and it costs little or nothing to train them. It is no surprise, then, that Ulrich Lilie, the president of Diakonie, the social welfare organization of German Protestant Churches, welcomes the health minister's proposal to train more care workers in non-EU countries.

"There's no way around training people ourselves, in Africa, East Asia, or Eastern Europe," he says. Lilie can imagine nongovernmental organizations and social welfare groups sponsoring training initiatives like these. The advantages, he says, are obvious: "Workers who complete their training will have a recognized qualification when they come to Germany."

From the perspective of the "brain drain" countries, it all looks rather different. Fatmir Brahimaj, the president of Albania's medical association, knows that his country does not really stand a chance in an unprotected labor market. "I don't know where I can find a pot of gold to stop this phenomenon," he says. "Working conditions abroad are the main reason Albanian doctors want to leave the country."

Rotation principle and a regional solution

Macedonia has developed a proposal that could be a win-win solution. Skopje says that any cooperation with Germany should take place according to a rotation principle. This would see doctors, nurses and care workers working for a limited period — six months, say — in a hospital in Germany. This would allow them to improve their medical knowledge, gain new experience and also earn money. But they would then have to return to Macedonia. That way their homeland, which had invested in their training, also benefits from their newly-acquired knowledge.

According to Macedonia's health minister, Venko Filipce, there has to be a regional solution to the problem. "Our position is that all the countries in the region should be approached, and there should be a discussion about a joint collaboration with Germany," he says. "This should take place according to a rotation principle, so that people come back again and don't just leave.”

But all this will probably come too late for Joana Bocaj in Albania. She recently passed a German language diploma in order to be able to work in Germany, and is due to leave very soon.