Dirty air is not only the stuff of megacities. Research shows it claims most lives in rapidly-urbanizing countries and places where people burn polluting fuel for heat. 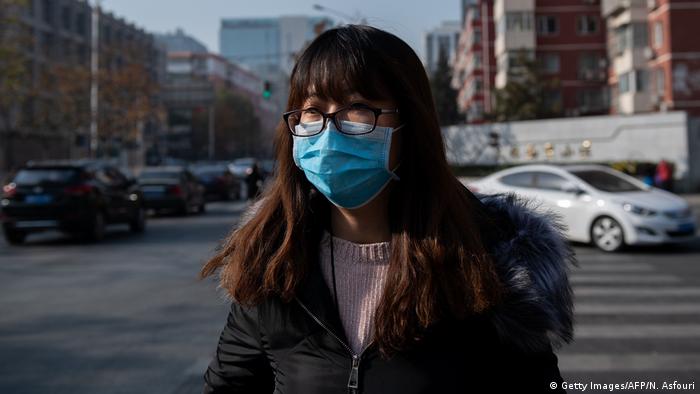 Surrounded by diesel-choked streets, a green oasis in the Georgian capital, Tbilisi, won a last-minute reprieve this year. After a five year battle between locals and an investor who wanted to build a hotel on Vake Park, one of the city's last remaining patches of nature, bulldozers were finally banned.

It was a only small victory in the fight against air pollution, said Merab Kechkochshvili, an environmental activist with Tbilisi Guerrilla Gardening who camped in Vake Park to protest the hotel. His group is one of several pushing to improve air quality in a city plagued by old cars, dirty construction projects and a lack of green space.

"This fight is too big for activist groups," Kechkochshvili told DW. "If we continue like this, then in five years the city will be uninhabitable."

Georgia is not alone in its struggle against air pollution, but it is one of the countries worst affected. According to data from the Institute for Health Metrics and Evaluation (IHME), only North Korea had a higher mortality rate from filthy air in 2017.

That year, about one death for every thousand Georgians was attributable to air pollution, making it one of the country's biggest killers. Along with its neighbors across the Black Sea, the former-Soviet state is one of dozens of countries belatedly waking up to the deadly effects of polluted air.

A landmark UN report released on Wednesday says air pollution now kills more people than smoking and is "the main environmental contributor to the global burden of disease." 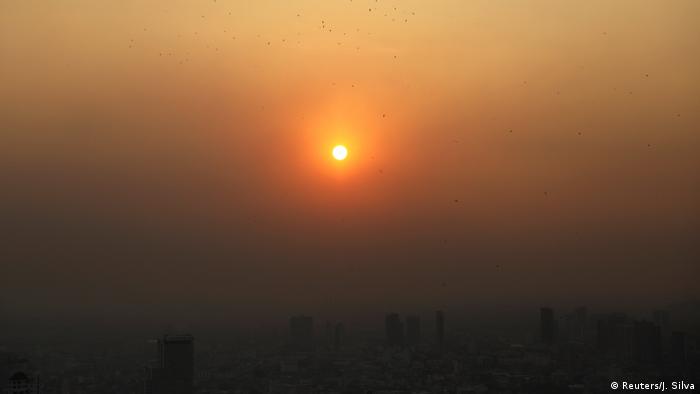 Nothing in sight but the sun, and even that is shrouded in smog

Estimating the death toll from air pollution at between six and seven million people annually, the paper calls for "urgent action" from policy-makers.

The sobre announcement follows a study from the University of Mainz, published the day before, that corroborated a separate estimate of the global mortality rate from air pollution. Both reports put the death toll at close to nine million people a year.

Though the overall uncertainty for the figure in the Mainz study was plus or minus 50 per cent, researchers stressed the increased scale of the death toll over the precise value.

"We should stay critical because there is substantial uncertainty, but nevetherless these numbers are clear indicators that air pollution is a main health risk," said Jos Lelieveld, Director of Atmospheric Chemistry at the Max Planck Institute and co-author of the Mainz study. 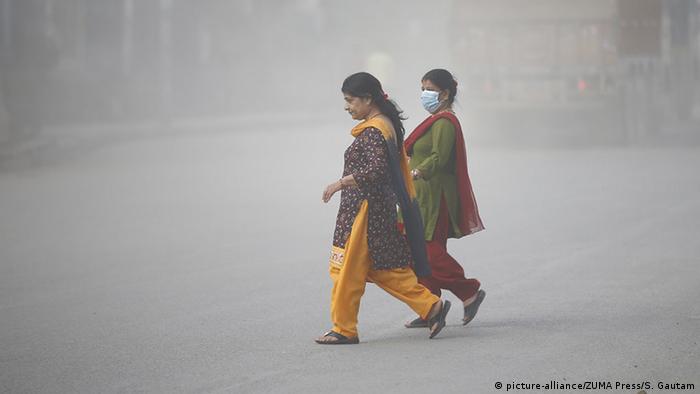 Previous reports had similar uncertainties, he said. "The bottom line is that we need to do something about it."

Measuring the effects of air pollution is fraught with difficulties.

"Air pollution is not a cause of death but a risk factor," said Sophie Gumy, an expert at the World Health Organization, adding that what kills people are the diseases it can lead to, such as lung cancer and strokes.

South and East Asia are often seen as the hardest hit. A report by AirVisual published last month found the 50 most polluted cities in 2018 were all in Asia, with 22 of the 30 worst-affected in India. The report, which was based on local measurements of fine particulate matter, covered 3000 cities. But pollution in many countries was not counted.

"India and China are reporting [their air quality], but for other countries it is very scattered," said Gumy. "The bad sign is there are regions where there is very little data — namely Africa."

Of the ten countries the IHME lists as having the highest mortality rates from air pollution in 2017, five were in Eastern Europe, one in East Asia, another in Oceania and three in sub-Saharan Africa. 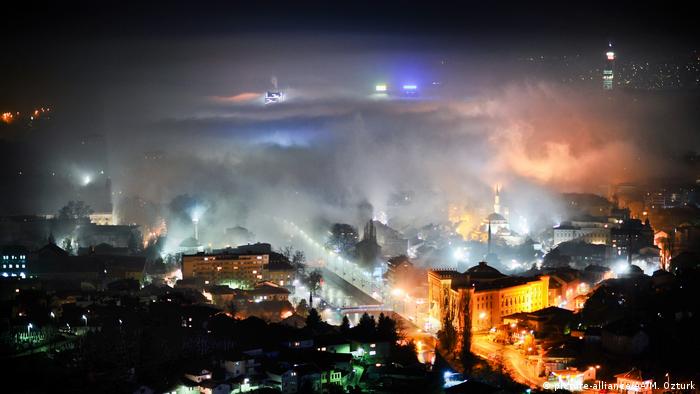 Bosnia-Herzegovina features among the top 10 countries with bad air

Central African Republic, whose residents have the lowest life expectancy and income of any country in the world, had a similar mortality rate from air pollution to Bosnia and Herzegovina, a middle-income European country where people can expect to live almost 26 years longer.

Bosnia and Herzegovina is one of several Balkan countries that has come under fire for inefficient power plants that burn lignite, the most polluting form of coal.

In Papua New Guinea, where just 13 percent of the population lives in urban areas, the air pollution mortality rate was double that of Slovakia, where more than half the country lives in cities.

Air pollution exposure is highest for city-dwellers in countries with rapid urbanization trends, the UN report authors wrote, "and for the approximately 3 billion people who depend on burning fuels such as wood, coal, crop residue, dung and kerosene for cooking, heating and lighting."

"The elderly, very young, ill and poor are more susceptible to the impact of air pollution," the authors continued. 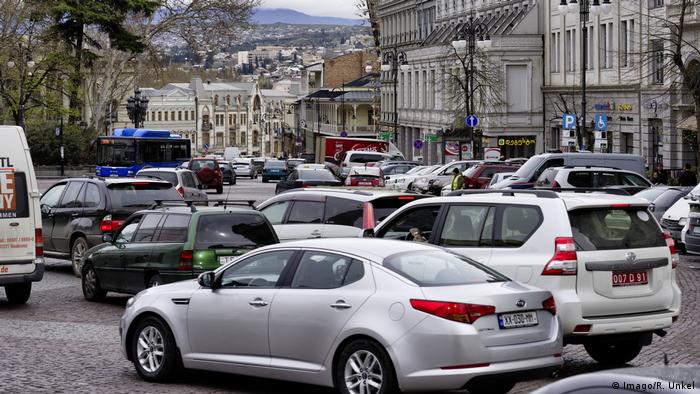 Old, dirty cars and a lack of green space make Georgia's mortality rate from air pollution one of the worst in the world.

In Tbilisi, where rush hour roads are clogged with old cars spewing black smoke, the causes are immediately visible. Most cars in the capital were built before 1999, a 2016 study from the Technical University of Georgia found, and the amount of green space per citizen is just a fraction of European standards.

"Georgia only a few months ago introduced mandatory inspection of cars," said Erekle Urushadze, a program manager with the Georgia chapter of anti-corruption NGO Transparency International. "Until last year, you could have a car in very poor shape that pollutes the air, but not get fined for it."

To reduce the global burden of air pollution on public health, experts recommend urgently switching away from burning fossil fuels, and improving the quality of monitoring equipment.

"Air pollution is something that can be avoided," said Gumy, the WHO expert. "Society has the option to make choices that result in less pollution."

Life behind a mask — China's cities still choking on smog

Although air quality improved across China in 2017, in cities like Beijing, pollution masks aren't going out of style just yet. (18.01.2018)

Coping with traffic emissions in a city of 21 million is no easy task. Swapping four wheels for two is a good start, as the smoggy Chinese capital is learning for itself. (24.10.2018)

How foul air in India is putting people's lives in danger

Air pollution in India has reached dangerous levels, killing at least one out of every eight persons, according to a recent study. Experts are urging the government to act fast. Murali Krishnan reports. (11.12.2018)