UN issues dire warning on the deadly effects of pollution

Environmental damage and pollution cause a quarter of all deaths, a UN report said. The Global Environment Outlook also warned of serious economic consequences for developing countries if no action is taken by 2050. 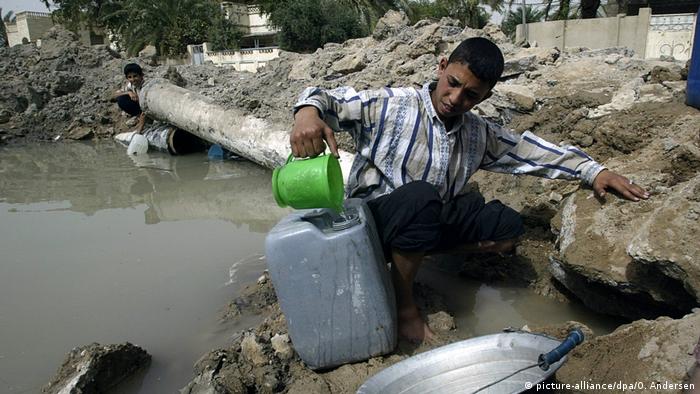 In its Global Environment Outlook, the United Nations on Wednesday released a sobering view of the consequences of pollution and environmental damage on public health. Compiled over a six-year period by 250 scientists from 70 nations, the report said that poor environmental conditions "cause approximately 25 percent of global disease and mortality."

Air pollution was a top public health risk, causing up to 7 million annual deaths. A further 1.4 million people die from diarrhea and parasites due to lack of clean drinking water, according to the report, which was released during the five-day UN Environment Assembly being held in Nairobi, Kenya.

The UN estimated that 9 million deaths worldwide in 2015 alone could be attributed to environmental factors.

The report appealed for policymakers to take "urgent action at an unprecedented scale" and emphasized that more environmental protection measures are necessary to prevent millions of premature deaths by 2050 in Asia, the Middle East and Africa.

"The report shows that policies and technologies already exist to fashion new development pathways that will avoid these risks and lead to health and prosperity for all people," said Joyeeta Gupta, co-chair of the report.

Gupta added that more political will is needed to implement the necessary policies at a sufficient speed and scale.

The UN also indicated that excess consumption, food waste and pollution in wealthier countries is another factor leading to hunger poverty and disease in poorer parts of the world.

It recommended a more sustainable system of growing the global economy to prevent deaths and widespread public health crises in the name of economic growth.

"If you have a healthy planet it supports not only global GDP but it also supports the lives of the very poorest because they depend on clean air and clean water," Joyeeta Gupta told the AFP news agency.

Read more: Living Planet: Environment stories from around the world

"Today we are talking about declarations and commitments, but I believe in the future we need some international legislation in place," Siim Kiisler, Estonia's environment minister and president of the Nairobi meeting, told journalists this week.

Joyce Msuya, the acting UN environment chief, said the world needed to "transform the way economies work" while breaking the "link between growth and increased resource use and end throwaway culture."

"The science is clear. The health and prosperity of humanity is directly tied with the state of our environment," said Msuya.