Elections in India usually center around communities, religion, jobs and development. But political parties need to focus on reducing pollution and reining in the environmental crisis, young people say. 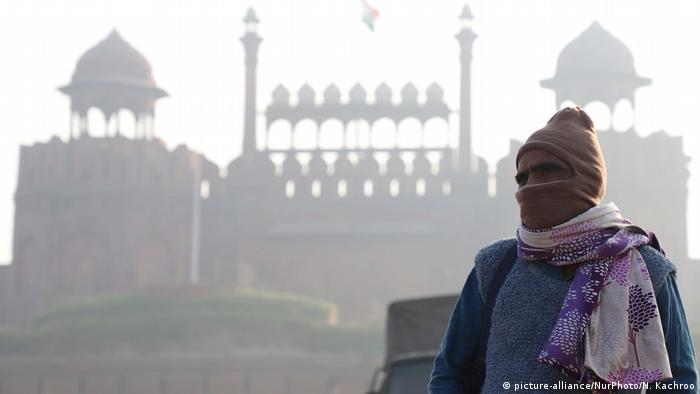 India's political parties are gearing up to woo voters for the general elections, which will begin on April 11. Nearly 900 million Indians are estimated to elect their representatives to the parliament's lower house, also known as the Lok Sabha.

According to latest data from India's Election Commission, around 45 million people who have just turned 18, will be voting for the first time this year. This is a number which no political party can afford to ignore. Apart from important issues like jobs and economic development, these young voters want good infrastructure and a better living environment.

21-year old Nishtha Madaan, who is doing her Bachelors in English literature in Mumbai, wants politicians to give environmental issues their due importance."Anyone who thinks that people should have a good life, especially the young and the coming generations, should make environmental issues, including sustainability, their top priority. So if political parties are talking about development, that should not come at the cost of total disregard for the environment," Nishtha said. 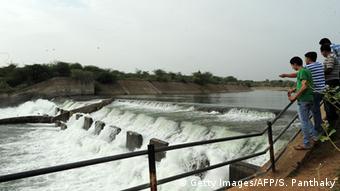 Despite sources of renewable energy, India still depends heavily on coal for its needs

Stuti Mishra, who lives in the national capital, New Delhi, also expects political parties to address this issue. The 24-year old media professional said, "Climate change has never received its due attention from Indian politicians. Even air pollution, which bothers the citizens of the national capital every year in the winter, remains an area-specific issue. Today the air quality index of most of our major cities are critically low. I don't think Indian voters vote with environment-related issues in their mind. But I hope in the future they will do that."

What has the government done?

Since assuming power in 2014, the Bharatiya Janata Party (BJP)-led government in New Delhi has shifted its focus to solar, wind and hydro-electric energy. As a result, the country is now the fifth-largest producer of energy using renewable sources in the world and also the fifth-largest producer of wind energy, according to a report by International Renewable Energy Agency (IRENA).

In the 2015 Paris Climate Agreement, India had committed to install 175 gigawatts of renewable power generators in the next seven years. Financial allocations for renewable energy were increased accordingly. According to Bloomberg NEF, India invested nearly 11 billion dollars in renewable energy sources in 2017.

This shift to renewable energies is not only sustainable, but it also tackles the issue of pollution. India is the third-largest greenhouse gas emitter in the world and air pollution levels are spiking across cities. It still relies on coal for three-fourths of its energy needs. Recently, the World Health Organization (WHO) listed 11 Indian cities as the most polluted cities in the world and the Global Burden of Disease (GBD) report noted that 620,000 premature deaths occurred in India due to air pollution.

Not on the agenda

Experts believe that the steps taken by the government are in the right direction, but are not enough. Leena Srivastava, Vice Chancellor of TERI School of Advanced Studies, said that New Delhi had set up a very ambitious program to increase renewable energy capacity in the country and was also focused on energy efficiency improvements.

"We also see a major emphasis on moving to electric vehicles, although the infrastructure required to support electric-vehicle expansion will take a number of years and large investments," she told DW. "I do believe that the government needs to do a little more in terms of climate adaptation action and in mobilizing communities and other stakeholders to become partners on the climate agenda," she added.

Srivastava noted that there was a strong link between local problems like air pollution, solid waste management and water conservation and the environment, but no political party was willing to address the issue in the elections. "The focus, unfortunately, remains on the more traditional issues like caste, community and security fears," she said.

What needs to be done

A closer look at the 2014 election manifestoes of the Bharatiya Janata Party (BJP) and the Indian National Congress (INC) shows that little or no emphasis was given to climate and environment. But this time, political parties have asked voters to suggest issues that they want leaders to address.

The Indian capital is covered in a blanket of thick smog as the concentration of harmful particulate matter in the air reached hazardous levels. Local officials have asked schools to remain shut until Sunday. (08.11.2017)

With polluted air and a coal-hungry economy, India is using the UN climate conference to show the world it can continue rapid development without fossil fuels. But the South Asian country still runs on dirty energy. (12.12.2018)

But according to author and environmentalist Ananada Banerjee, this could be just another publicity stunt. "On the 'government' front we have made all the right noises and posturing in global environmental summits, but when you look through the 'political party' lens there is practically nothing. Environment does not figure much as a political agenda."

According to experts, policies and measures taken by the government until now have lacked implementation and mindful consultation with researchers. They suggested that going forward, the government needed push the agenda of climate and environment closer home - in their electoral constituencies.

Environmentalist Avlokita Shah, who closely works with the Aarey Conservation Group suggests, "We need to encourage incentive-based participation from experts, professionals, scientists, environmentalists, ecologists and academicians who can add value by offering data-driven research that is scientific in nature. This will also offer a rather positive and a radical influence in our policy-making processes."

Shah added that a lot of India's environmental policies were from colonial times and completely outdated. Furthermore, schools, colleges and institutions needed to actively start talking about climate change and environmental issues, she said.