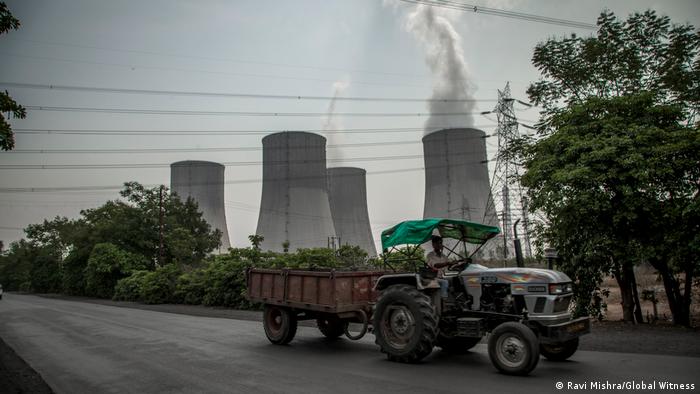 Asian economic giants India and China are using the global stage laid out at the UN climate conference currently taking place in Poland to tell the world they can continue their burgeoning economic development without fossil fuels.

As the US Trump administration hosted an event on Monday at the conference in Katowice to promote fossil fuels, India has used the COP24 to champion its renewable energy sector.

He pointed that India had already set a target of installing 175 GW of renewable energy capacity by the year 2022. "Of this, we have already achieved the installation of 71 GW."

Regarding fossil fuels, Mehta noted, it's important to remember that India's per capita emissions are merely a third of the global average. "Furthermore, many Indians are in need of energy access and our efforts are directed at ensuring that people in India have access to basic amenities like in other countries," said the official who is leading the Indian delegation at COP24 negotiating the so-called rulebook for the Paris climate agreement.

China, already a world leader in developing wind and solar technology, is continuing to build on a public image campaign of being a leader in green growth.

Both India and China are hampered by massive pollution and the thirst for cheap energy to fuel their economies and power a population that represents a quarter of the world's population. For India, the energy source of the future is solar and wind power, which the government hopes will be able to put a significant dent in their dependency on coal and in the next ten years.

According to Frank Rijsberman, director of the Global Green Growth Institute, an intergovernmental organization, although China is still the world leader in developing wind and solar technology, India has the advantage of being in an earlier stage of developing its industrial economy and can still develop without being dependent on coal or nuclear energy.

China may have the financial capital to switch from the dirty power plants it has already built but India can start from scratch on developing a green-based economy. 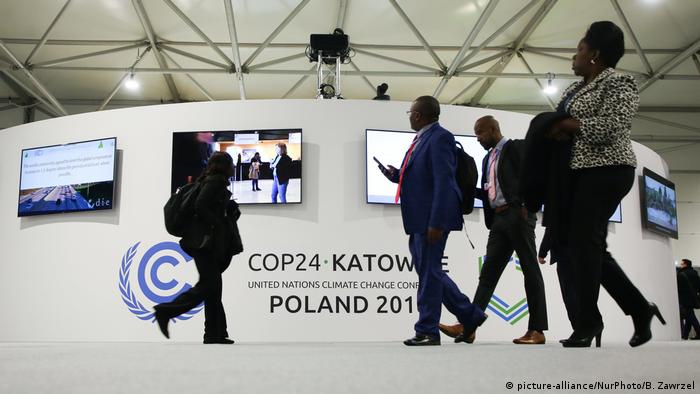 COP24 delegates are scrambling to save the 2015 Paris climate agreement

However, even if India will not build new coal power, it still needs to invest heavily in maintaining the plants that already exist.

And when measuring the source of electricity running factories, lighting city streets and making homes livable, India still depends on fossil fuels. According to India's Central Electrical Authority, CEA, 60 percent of electrical kilowatt capacity currently is coal-fired. And this energy load doesn't even take into consideration the emissions of greenhouse gases involved with transport, heating and cooling.

Switching to renewable energy also presents a frightening proposition to people whose livelihoods depend on fossil fuel production. According to numbers in India's Economic Times, between April and November 2018, the South Asian country also imported over 156 million tons of coal.

And total emissions from India have increased as well. Last week, a report released by the Global Carbon Project, a climate NGO, showed that greenhouse gas emissions increased in India by 6.3 percent, more than China and the US.

"You have to remember electricity is roughly only 20 percent of the worlds energy use," said Rijsberman. "In India, most of their buses run on diesel, so they are polluting in many other areas than just energy production," he added.

"In renewable energy we have a very rapid disruption in India. But electric mobility it is still starting," said Rijsberman, adding that heating and cooling were also major greenhouse gas contributors, and changing that was moving too slow.

"They are going to rapidly adopt renewable energy, but they are still going to be a major polluter in those other sectors," he added.

Read more: India to ratify climate pact, but can it reduce CO2 emissions?

But while Indian can't help but pollute the present, they are looking toward a cleaner future and are betting on solar power to take a largest bite out of the country's energy demand. HE Upendra Tripathy, the director general of the International Solar Alliance, told DW that challenges to developing solar energy like financing and electricity storage are being addressed by the government.

Social issues like coal-dependent communities fearful of losing their livelihoods to renewable energy remain a challenge, but India is working to make the transition more palatable.

"In 2015, the government put up this ambition of 100 gigawatts of solar power and we found that between 2015 and 2018, 23 gigawatts of this have come," said Tripathy, who is a former secretary in India's ministry of new and renewable energy.

"With every megawatt of solar energy you replace 50 vehicles from the roads. Once you make the energy to scale and make solar costs, it can replace other forms of power," he added.

"In India, 2017 was a breakthrough year, where very large scale commercial power plants became commercially attractive," said Rijsberman. "India is the most profitable country for green growth. Billions of dollars from the private sector are being invested in large scale solar energy plants."

Will other Asian countries believe in renewables?

As India is demonstrating how solar energy can turn a profit, emerging countries in Asia still need convincing that renewable energy can be profitable.

"They know that green is better, but they also know that they can't afford it," said Rijsberman.

"They say we have a low-income economy and the west produced all these emissions, so we have the right to grow our economies."

"Until very recently, coal was the cheapest form of energy, so Vietnam and Thailand, for example, claimed the right to pollute just as much as the West did before, and it's only just in the last few years that coal is no longer the cheapest form of energy. Cambodia and Laos governments aren't convinced yet that renewables can replace coal. Indonesia has a lot of coal, and although the country has a very large potential for solar energy, zero has been implemented."

Nevertheless, even if the future of growth in Asia can be built on energy that doesn't contribute to climate change, the world continues to produce more emissions that ever before, with 2018 seeing the largest amount ever recorded.

"On reducing emissions Europe is leading Asia," said Rijsberman. "In developing new technologies and introducing them at large scale, Asian countries are still leading, but that's partly because they are planning to grow their economies so rapidly. Although they are rapidly introducing green technology, they are still going to be major polluters."

In a major decision to fast-track India’s domestic nuclear power program, the government has approved a plan for 10 domestically-built heavy water reactors to meet the country's growing demand for energy. (17.05.2017)

The European Union plans to go carbon neutral by 2050. Rebecca Harms, climate spokesperson for the Green group in the European Parliament, told DW it's a worthy goal but we need focus on the decades in between. (30.11.2018)