The science says we must ditch fossil fuels as soon as possible, yet COP24 is sponsored by the very industry doing the damage. Does it have a role to play — or are lobbyists undermining the negotiations? 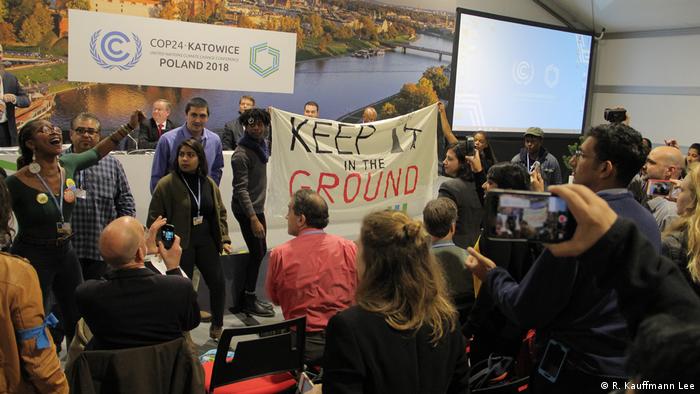 For the second year in a row, the United States's official event at the UN climate conference focused on promoting fossil fuels. And just like last year, it drew crowds whose scramble to get a place in the room caused a minor commotion even before the controversial presentation kicked off.

But with this year's conference held in coal-hungry Poland, the fossil fuel industry's presence has come in for more scrutiny than perhaps ever before.

In his welcome speech, Polish President Andrzej Sebastian Duda said burning coal wasn't incompatible with climate protection, and that his country doesn't plan to phase it out yet.

"We've been able to ensure energy security and the development of the industry based on efficient coal technology," Duda told delegates.

And the conference is dotted with events promoting gas as a clean energy source, or technology designed to make continued use of fossil fuels less damaging to the climate.

In fact, with COP24's biggest sponsors turning a profit from fossil fuels, Pascoe Sabido of campaign group Corporate Europe Observatory, says it looks like a trade fair for business as usual.

Sabido is leading a "toxic tour" of the conference to unmask the fossil fuels lobbyists nestled comfortably at the heart of world's political drive to protect the climate.  The conference slogan is "black to green." And it fits perfectly, Sabido says wryly: COP24 is a green mask for dark and dirty industries.

Hosting an event on this scale doesn't come cheap and money doesn't grow on trees. Nor does the energy to heat the gigantic COP24 venue and keep the thousands of delegates, activists and negotiators in hot showers and shuttle busses.

All this has been made possible by generous sponsorship from companies like PGE, Poland's largest power producer, and JSW, another state-owned company and the European Union's largest producer of coking coal.

But critics say there is a lack of transparency over what they get in return.

One immediate benefit is the opportunity for companies to green their image and tick off corporate social responsibilities. They also get to organize high-level events to promote their businesses.

And it's not just Poland that's responsible for opening the conference's door to fossil fuel companies — such sponsors have been a regular fixture for years, including when the historic Paris Agreement was reached three years ago.

The United Nations Framework Convention on Climate Change, which organizes the UN climate conference, takes the position that everyone should be at the negotiating table.

Jesse Bragg, media director for NGO Corporate Accountability, says it's like having an arms dealer as a peace talks sponsor, or the tobacco industry funding health talks. "We can not expect a good outcome for people if the very industries driving the crisis are writing the rules," Bragg told DW.

The Polish Oil and Gas Company (PGNiG) held two events at COP24 to promote natural gas as a solution for cleaner air. Speakers included representatives of the International Association of Oil & Gas Producers and the International Gas Union. 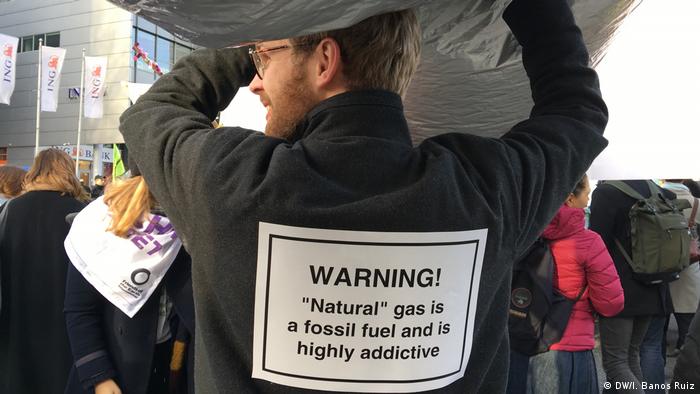 In an effort to reduce the amount of coal in its energy mix, Poland plans to replace old coal boilers for household heating with gas heaters, and build a pipeline to import gas from Norway.

And GasNaturally, a lobby group representing the likes of Shell, BP and ExxonMobil, is co-organizing an event with the EU on how gas can help the EU meet its climate targets.

Certainly, using gas instead of coal does reduce CO2 emissions. The United States, for instance, has greatly reduced its emissions since 2005 by moving from coal to gas, Corinne Le Quere, lead researcher for the updated Global Carbon Budget, told DW.

But the gas we use for energy is made of methane, which is more than 30 times more potent than CO2. Its extraction — particularly through fracking, which critics argue has driven the US move away from coal — risks harmful leaks, and prolongs the life of energy systems based on burning fossil fuels when we should be transitioning to renewables. 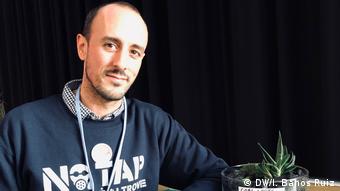 Events at the conference promoting fossil fuels also tend to emphasize technologies designed to reduce their climate impacts. Carbon capture and storage (CCS) — which traps CO2 emissions and buries them below ground — has been the star for years.

Yet CCS is still at an experimental phase and faces many challenges, including financial ones. "Realistically, it won't be at scale before 2050," Sabido says, adding that fossil fuels do damage even beyond gas emissions — starting with the loss of biodiversity and displacement of communities that often comes with their extraction.

Activists fighting the fossil fuel industry on the ground — not just because of the threat it poses to the climate, but also the social and environmental impacts they have felt firsthand — have also been drawing attention this year, with environmental group 350.org using a COP24 event to highlight their work at eight key locations around the world.

In fact, the surge of people trying to get into the US fossil fuel event included just such frontline defenders — and plenty more people who came to see them in action.

Wells Griffith, US President Donald Trump's adviser on energy and climate, told the audience that "no country should have to sacrifice economic prosperity or energy security in pursuit of environmental sustainability," as prominent climate change deniers Marc Morano and Craig Rucker looked on appreciatively from the front row.

But 10 minutes into the presentation, the crowd got what it had come for as activists stood and shouted in protest before leaving the room chanting, "Shame on you!"

As the only country in the world to reject the Paris Agreement, the United States has a pretty bad image at COP. But Sabido says we need to look beyond the US bogeyman and cast a truly critical eye at the interests at work in the process it withdrew from.

"Trump is seen as this big, bad figure and it makes everyone else look good by comparison," Sabido said. "But there are many people that have a big smile and claim to care about climate change, but are as dangerous as Trump."

Frontline activists also plan to walk out of today's GasNaturally event to show their disapproval of the rapid expansion of gas across the globe and demand the EU take a different path.

Tackling climate change would reduce deaths from asthma, lung cancer, heart attack and other diseases. Doctors want to spur global climate action by highlighting the link between the planet's health and human health. (10.12.2018)

Crunch time for the climate at the COP24 global warming conference

There's a lot at stake at the UN climate conference in Poland. Delegates will be scrambling to save the 2015 Paris climate agreement — and prevent the worst effects of a warming world. (03.12.2018)

America's sole official side event at COP23 has attempted to present fossil fuels as a solution to climate change. This was largely ridiculed - but could cleaner fossil fuels be a realistic prospect? (14.11.2017)

We hear warnings about climate change on a daily basis. While global leaders dally over policy, what individual actions can we take to reduce global warming? A new study has some very concrete suggestions. (14.07.2017)

Germany plans to vote in support of a European Union package that would phase out cars with combustion engines from 2035 — but only with a tweak to the proposed package.