Can Poland end its toxic relationship with coal? | Environment| All topics from climate change to conservation | DW | 23.11.2018 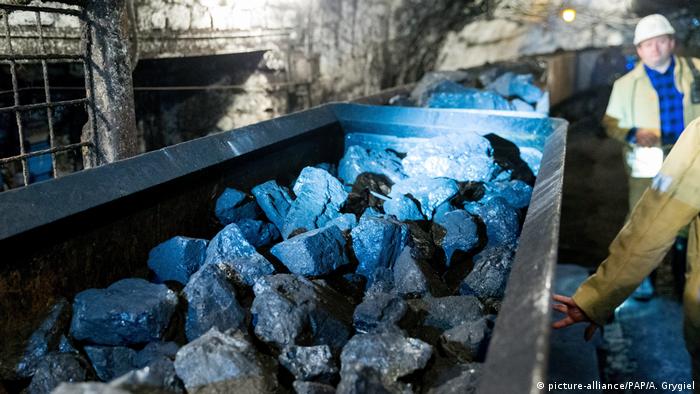 Poland's love affair with coal goes way back. For decades coal was the favorite for energy: mined locally, and cheap. In those days, the environment was pretty low on the agenda.

But things are slowly changing.

When the Iron Curtain fell in 1989, coal made up almost 100 percent of Poland's energy mix. Nearly 40 years later, in 2018, the country turned to other sources for 20 percent of its power — now its wind power operators boast that Poland has more installed turbines than Denmark.

The official plan is to reduce the share of coal in Poland's energy mix to 60 percent by 2030. For a country that has long relied on coal as the backbone of its economy, that entails a dramatic transformation.

Yet, with coal reserves in existing mines running low and most power plants due to retire well before mid-century, environmentalists argue the target is actually a renewed vow of commitment to a relationship long turned sour. Propping up an ailing industry

Coal-fired plants in Poland have long relied on subsidies. According to the International Institute for Sustainable Development (IISD), low-quality coal and very old power plants — 30 years old, on average — mean the sector needs help to turn a profit.

A 2017 report by Warsaw-based think-tank WiseEuropa shows that from 1990 to 2016, Poles paid about €2 billion ($2.28 billion) each year to support the coal sector. Adding in costs related to health and climate, it's estimated each citizen paid almost €450 per year on average.

And now, carbon prices — which tripled over the last year alone — are starting to make pumping out all that pollution a lot less affordable.

Meanwhile, the price of renewables is falling, making them cost-competitive.

These days, it's not enough to ensure the power supply is cheap and reliable. Climate protection must be a third, central pillar of energy policy. "With renewable costs coming down, we can achieve all three of them at the same time," Monika Morawiecka, head of strategy for PGE, Poland's largest energy company, said. 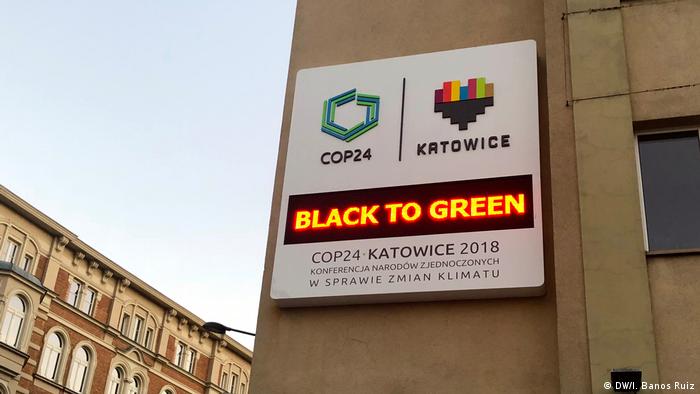 With COP24 just around the corner, Poland is trying to clean up its image

Poles protesting their country's filthy air and climate sins have helped spur this change of focus. And unhappy customers have perhaps done even more.

Morawiecka says a PGE buyer that exports energy globally told her: "You know, clients are asking me politely — but in few years they will demand that I have my carbon footprint managed. And if not, they will stop buying from me."

But while energy providers are changing their ways for economic reasons — and in response to the European Union cracking down on air pollution and piling on the pressure over climate targets — environmentalists say the government needs to act.

Poland makes the right noises about green energy to the EU, Ogniewska says, but back home it's planning new coal mines and power stations, and not doing nearly enough to encourage the growth of renewables. Still, Poland might be forced to break up with coal — whether it feels ready to say goodbye or not. Because lignite (or brown coal) reserves from operating mines are expected to run out by 2030. Hard coal might last a little longer, but not much.

And Polish society is already showing signs of moving on. Once a standard profession, coal mining is not as popular as it used to be. According to Patryk Bialas, energy adviser at the Euro-Centrum technology park in Katowice, Poland's young people now prefer to work in the renewable energy sector.

With coal on its way out and energy demand growing 1.2 percent a year, clean energy is a must for the future, and the country needs to plan accordingly.

Onshore wind power has nearly doubled since 2013, and power production from gas has already increased by 20 percent in 2017 compared to 2016.

Poland's draft energy policy for 2040 sets a target of 21 percent of renewable energy sources in final energy consumption by 2030. Yet it ends support for onshore wind power.

The search for alternatives

Gas is cleaner and more flexible than coal, making it a better partner for fluctuating renewable energy. But because most gas is imported from Russia, Michal Kurtyka — president of COP24 and secretary of Poland's environment ministry — says diversifying the energy supply is crucial.

"This is why Poland is partnering with Norway and Denmark," he said. The Baltic Pipe Project will allow transport of gas from Norway to the Polish markets.

Offshore wind power is also part of this equation. PGE, the largest wind investor in Poland, is developing three offshore wind projects, the first to be ready by 2025.

Solar energy, meanwhile, is new on the Polish scene but could cover summer peaks in energy demand when people across the country switch on the air-con.

Yet Greenpeace says there are still restrictions on building wind and solar infrastructure, and not much in the way of policy to support it.

Beyond that, a move to renewables is a major political risk. The government is deeply concerned about losing votes from the Silesia mining region, which are among the most decisive for national elections.

Nuclear power is supposed to also have a privileged place in the energy mix. In 2040, it should make more than 15 percent of Poland's electricity generation. But how, remains a mystery.

Keeping up with the neighbors

Instead of supporting renewables, the government's main strategy is built around carbon neutrality — achieving a balance between emissions and carbon sequestration, mainly through experimental carbon capture technologies and sustainable forest management.

And there is another factor keeping Poland wedded to coal: peer pressure. Poland shares a love of coal with its neighbor Germany.

While Poland is typically portrayed as polluting and coal-dependent, its neighbor has long been hailed as a green leader. In fact, Germany has been the pioneer of the Energiewende. But that green image has been tarnished as the country struggles with its own coal phaseout.

If Germany keeps using coal, Poles argue, why shouldn't they?

Germany and Poland are still the biggest producers of coal-fired power in the EU. But Germany has greatly expanded its renewable energy capacity, and is actively grappling with the social and economic impacts of breaking up with coal.

Poland is following this process with interest, Morawiecka said.

Gianna Grün created the data visualization in this story.

Pipeline wars: Frontline in the fight against climate change

In Nigeria's Niger Delta, gas flares are killing crops, polluting water and damaging human health. The Nigerian government has promised to tackle the problem — but new data shows flaring has even gone up. (14.11.2018)

How solar energy is lighting up Kenya's future