How Germany′s coal phaseout is becoming an international movement | Environment | All topics from climate change to conservation | DW | 16.11.2018

Germany's Hambach Forest has become a symbolic battlefield and magnet for the global climate protection movement. Over past months, hundreds of people from abroad have traveled there to call for an end to coal. 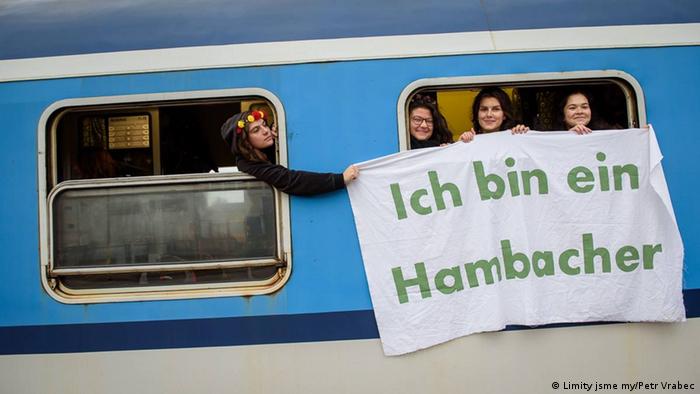 Climate change has no borders, nor does it discriminate. It affects everyone, regardless of age, gender, race or nationality.

And as the consequences of climate change become even more apparent — from rising sea levels and an increase in extreme weather events to melting ice caps — it's clear big changes are necessary if the world intends to limit global warming to 1.5 degrees Celsius (2.7 degrees Fahrenheit), as urged in a landmark report from the International Panel on Climate Change (IPCC).

One of the biggest changes will undoubtedly include the phaseout of coal.

And Germany, with its large and entrenched coal industry, has become a key battleground in the fight to end use of the fossil fuel — as well as a magnet for international activists. 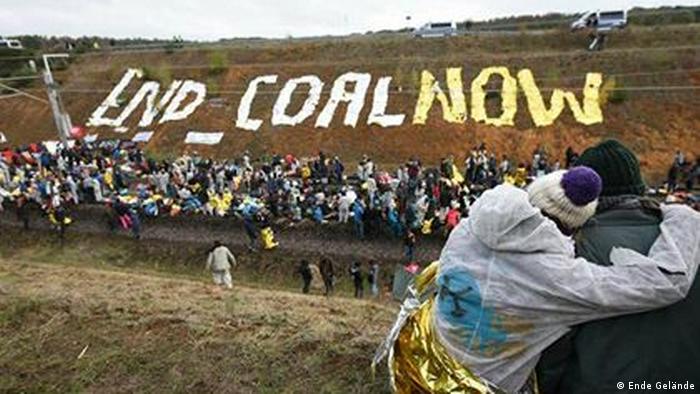 Germany is under increasing pressure to end coal use

When German energy giant RWE announced its plan to fell the remaining 10 percent of the ancient Hambach Forest to make way for a coal mine, few could've predicted the rollercoaster of events that would follow.

Activists who had occupied tree houses in the forest for years came up against one of the largest police operations in Germany's history. Eviction ran over weeks, accompanied by mass protests in support of the forest activists. One video blogger died in an accident.

Over this course of events, the protesters' slogan of choice — "Hambi bleibt" ("Hambi stays") — become known beyond Germany's borders.

And the Hambach Forest saga became about much more than simply protecting that scrap of ancient forest.

Although Germany has been widely hailed as a world leader in renewable energy, around 40 percent of its electricity is still sourced from coal.

Germany is in the spotlight with regard to its ambition and political will to meet its greenhouse gas emission reduction targets, especially since the country admitted it won't attain it's self-imposed target of a 40 percent reduction by 2020.

And so other countries will be watching very closely as Germany plans and implements its long-awaited coal phaseout, says Lisa Göldner from Greenpeace Germany.

"Germany holds the special responsibility to lead by example and show that decarbonization is possible," she told DW. 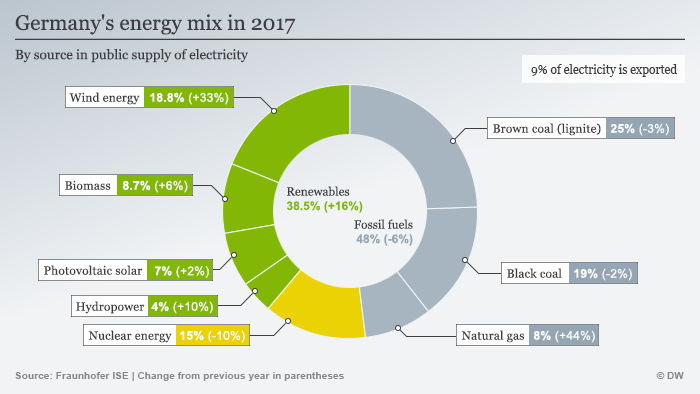 Claudia Kemfert, head of the Department of Energy, Transportation and Environment at the German Institute for Economic Research (DIW), said policy failures are behind the civil society movement for action against climate change.

"There are no active and effective measures for phasing out fossil fuels early enough," she told DW. "The role of civil society is growing."

From the 50,000-strong demonstration at Hambach Forest at the beginning of October to the smaller — but just as determined — protests by German activist group Ende Gelände, ever more people are joining the fight for climate protection.

Given that fossil fuel pollution is an international issue, that's no surprise. During the most-recent Ende Gelände demonstration, spokeswoman Karolina Drzewo confirmed that an increasing number of supporters from outside Germany are joining the protests. 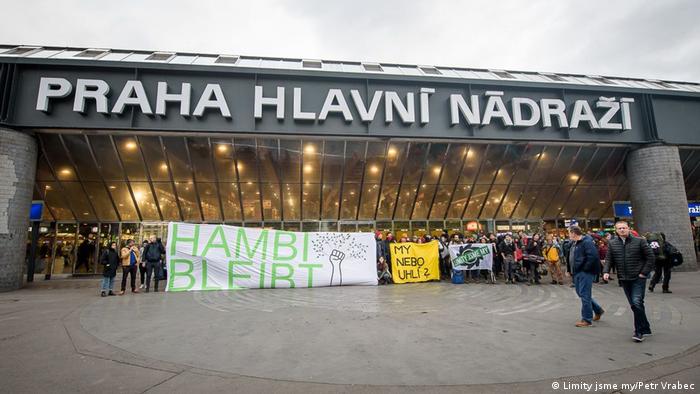 Germany is a powerhouse in the European energy market, so its next move in the coal phaseout could also have ramifications for the energy sector elsewhere — especially in neighboring countries, as well as those that still rely heavily on fossil fuels.

On the one hand, a quick and just coal phaseout in Germany may encourage these countries to do the same.

On the other hand, if Germany continues dragging its feet on the coal phaseout, this may set the example for other countries to also do so.

Radek Kubala from Czech anti-coal grassroots movement "Limity Jsme My" says he has been inspired by the way German groups such as Ende Gelände put pressure on the government to act on climate change — especially given the Czech government seems more reluctant to commit to such a big change.

"The Czech government doesn't deal with the root cause of climate change: The extracting and burning of fossil fuels," he told DW. "Instead, it's discussing whether old Czech coal-fired power plants should be given an exception from the European limits for air pollution."

Kubala rode from Prague along with hundreds of Czech activists in a special protest train to the Hambach region in Germany, to take part in the protests.

Also present at the Hambach protests were participants from other countries. Paul from Switzerland told DW that melting Alpine glaciers convinced him of the need for climate action, while Rafael Gonzales from the United States was there as a representative of his indigenous group in Minnesota, where he said deforestation for coal mines has negatively impacted his community.

"We don't have time to wait for political action — therefore we act ourselves. If not today, when? And if not we, then who?"

Support for Hambach Forest has connected people from all over the world — solidarity protests took place as far away as South Africa and the US.

Much of this support can be traced back to the efforts of German environmental groups, said Greenpeace's Lisa Göldner. "On October 8, Greenpeace activists scaled the German embassy in London to urge Germany to stop mining coal," she told DW. This, too, was in solidarity with the protests in Germany.

And although Hambach Forest saw a last-minute court reprieve from razing, the fight to save it has made at least one thing abundantly clear: The will to protect the environment and our climate also has no borders.

Germany: Anti-coal protests go ahead in Hambach Forest amid restrictions

Renewed protests against the expansion of a lignite mine have taken place in an ancient spot of German woodland. But bad weather and police restraints put a dampener on the demonstration. (23.09.2018)

Police are clashing with activists in Germany's Hambach Forest as energy firm RWE prepares to get at the coal beneath it. Environmentalists say more than just the future of this ancient woodland is at stake. (13.09.2018)