Moscow authorities have pledged to "renovate" this city of 12 million, and give it a "European" look. But biologists warn that Moscow's natural habitats are disappearing at an alarming speed, with biodiversity at stake. 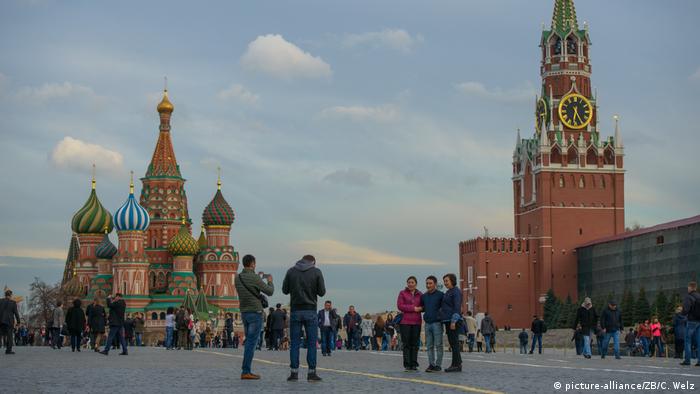 A seemingly endless sea of drab, concrete apartment blocks; fuming factory pipes; congested traffic arteries with the thundering noise of cars; and a population of 12 million - hardly impressions for a city of natural riches. Yet Moscow boasts remarkable and perhaps unexpected ecological diversity.

Seen from the sky, the Russian capital reveals substantial green spaces between buildings, as well as a smattering of smaller and larger parks - often remnants of forests eaten into by 20th century expansion - which accommodate rare animal and plant species.

But this diversity is now under threat. Though it might sound like a contradiction, Mayor Sergei Sobyanin's pledge to "return Moscow's parks, squares and streets to Muscovites" could be the death knell for the city's natural abundance.

A major overhaul of many green spaces is now underway, the ultimate idea being to give them a more "civilized" look and make them more attractive for recreation.

And because Muscovites love their parks, which offer an escape from the noise and fumes of the big city, many are happy with the planned renovation. 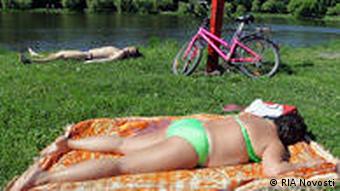 Muscovites love their parks but with the new generation of landscaped parks put the city's natural green spaces in danger?

But biologists have been asking why these parks need to be "returned," not least because city measures often prove disastrous for biodiversity. The topsoil of colorful meadows - boasting an array of sometimes rare plant species - is often completely stripped out in favor of sterile lawns where insect life struggles to thrive.

One of the best examples of this is the Tsaritsyno Park in the south of Moscow, which has been rigorously "renovated."

"It has a direct effect on bumblebees, butterflies, insects that are important for pollination - in some places, they have disappeared over the course of one season," biologist Ksenia Avilova told DW.

She added that a lack of food means many species once common to the Krylatskoye Hills, such as yellow wagtail birds, have become rare or have even disappeared altogether.

Thrush nightingales have also clearly suffered from the mass removal of undergrowth.

"Even if some scattered plots with the necessary plants remain, they are often situated far apart, and insects or birds cannot cover such large distances in their search for food," Avilova continued. 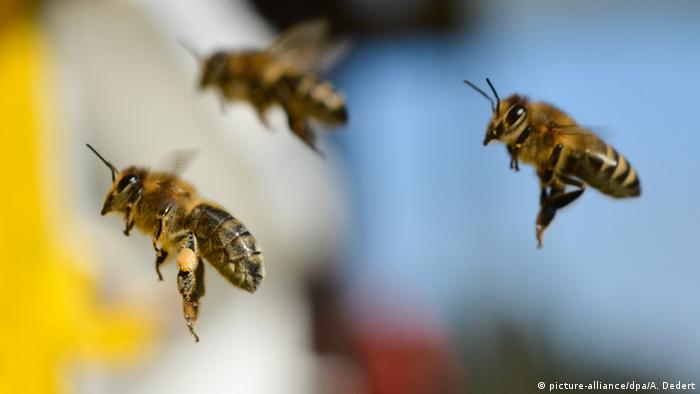 Bees and other pollinators are disappearing as sterile lawns replace meadows

Scientists feel their warnings amount to a cry in the desert. "The dogs bark and the caravan goes by, Mayor Sobyanin once said about our criticism," recalled Boris Samoilov, editor of Moscow's Red Data Book, which lists endangered animal and plant species in the Russian capital.

A key problem is the difference in perception between experts and those who implement the renovation programs, he says.

"They have their own ideas of what nature should be like. For them, the main thing is to spend the money that has been allocated, and then to show everybody how much work has been done," says Samoilov.

Authorities replace natural grasslands with artificial lawns and tile natural pathways, urbanizing the area, according to the environmentalist. "You end up with an 'ideal' park which everyone admires, including themselves [in it]."

How do you define 'green'?

Biologists also warn that removing whatever remains of natural habitats in Moscow will seriously affect the microclimate of the city, and have dire consequences on the health of millions of Muscovites.

The city authorities do not share this view. They claim the net surface of "green" areas in Moscow is actually increasing, and see the number of new trees planted as a key indicator that things are only getting better.

According to Mayor Sobyanin, more than 4 million shrubs and trees have been planted in the city in recent years.

"Moscow is one of the greenest metropolises in the world. Nevertheless, its green areas need constant attention and renewal," he said at a city government meeting last December. 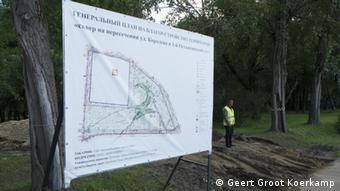 The way the city of Moscow is dealing with its existing natural habitats runs counter to the current trend in various European cities, where if possible, natural areas are expanded rather than reduced.

Paradoxically, however, Moscow authorities claim they want to turn the Russian capital into a "real" European city.

"The Moscow mayor does not understand that in Europe, the attitude toward natural areas changed a long time ago," said biologist Galina Morozova, who once headed the city's department of natural resources management.

"If such 'renovation' as is now taking place in Moscow would be tried in a European city, and at such high cost, it would be met with severe criticism and seen as a demonstration of the backwardness of the city's leadership."