What US President Donald Trump thinks about Germany | Germany | News and in-depth reporting from Berlin and beyond | DW | 26.05.2017

What US President Donald Trump thinks about Germany

The US president has offered an extensive array of praise and criticism of Germany and its leader. From the "greatest" to "catastrophic mistake," DW examines Donald Trump's statements about Germany.

Before he hit the campaign trail, US President Donald Trump was dishing out both praise and criticism for Germany and its head of government, Chancellor Angela Merkel. However, since he took the reins in the White House in January, he has increasingly targeted the US ally and its policies.

Trump on Thursday reportedly condemned Germany's trade surplus with the US during a NATO summit for the alliance's political leaders.

"The Germans are bad, very bad," Trump said, according to German news magazine Der Spiegel, citing sources at the meeting of NATO leaders. "Look at the millions of cars they sell in the US. Terrible. We'll stop that."

Although European Commission President Jean-Claude Juncker attempted to back peddle Trump's remarks on Friday by saying they were "not true," Trump's administration has singled out Germany for its trade policy.

But Trump's views on Germany haven't always been so negative in nature. Back in 2013, Trump took to Twitter, his preferred social media platform, to praise Merkel, the country's first female chancellor.

"Angela Merkel is doing a fantastic job as the chancellor of Germany. Youth unemployment is at a record low and she has a budget surplus," Trump said in a tweet.

In August 2015, getting in a dig at then-US President Barack Obama, Trump told American news weekly Time that Merkel was "probably the greatest leader in the world today." Four months later his tone shifted.

Following the announcement in December 2015 that Time magazine named Merkel as its "Person of the Year," a prestigious albeit symbolic honor for greatly influencing world affairs, Trump lambasted the decision.

"I told you Time magazine would never pick me as person of the year despite being the big favorite. They picked (the) person who is ruining Germany," Trump said in a tweet published directly after the announcement.

The magazine said it awarded Merkel the title for her "steadfast moral leadership" in handling the European migration crisis and Greek debt crisis of 2015. The following year, Trump was dubbed Time's "Person of the Year" for "reminding America that demagoguery feeds on despair and that truth is only as powerful as the trust in those who speak it." 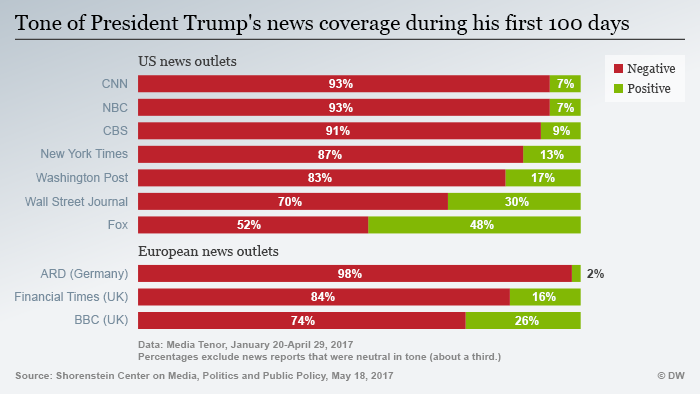 Trump, known for his targeted migration policies, has also lashed out at Merkel's open-door policy for refugees, most notably in a wide-ranging interview published jointly by German daily Bild and British newspaper The Times.

Under Merkel's open-door policy, more than 1 million migrants have entered Germany since 2015, many of them fleeing conflict and extreme poverty in the Middle East, Asia and Africa.

That year, Merkel addressed German citizens during her traditional summer press conference, saying "we can do this," in reference to handling the influx of migrants.

On the other hand, Trump has attempted to forcefully implement a travel ban on six Muslim-majority countries and build a border wall to prevent unauthorized migration from Mexico, but that policy has been blocked by US courts.

In March, Merkel embarked on her first official visit to the United States during the Trump's administration. During the trip, Trump failed to shake Merkel's hand in the Oval Office during a photo opportunity, even after a photographer requested it and the chancellor reiterated the solicitation.

"Despite what you have heard from the fake news, I had a great meeting with German Chancellor Angela Merkel. Nevertheless, Germany owes vast sums of money to NATO and the United States must be paid more for the powerful, and very expensive, defense it provides to Germany," Trump said in a two-tweet statement following the meeting with Merkel.

The president has pushed for increased defense spending across the transatlantic alliance, consistently levying his country's position as the largest spender on military expenditure to coerce member states, including Germany, into meeting the NATO target of 2 percent of GDP. He most recently made the case on Thursday at a NATO summit during the unveiling of a memorial to victims of the September 11, 2001, terrorist attacks in the United States.

German Defense Minister Ursula von der Leyen denied that Germany owed money, saying "there is not account where debts are registered with NATO." Under an agreement made in Wales in 2014, NATO member states have until 2024 to meet the defense spending target.

'Something in common, perhaps'

Although Trump's remarks on Germany and Merkel have notably been driven by sharp criticism since he took office, he did offer a remark that suggested a commonality between the two leaders during a press conference with Merkel.

"As far as wiretapping, I guess, by - you know - this past administration, at least we have something in common, perhaps," Trump said during the press conference in March, referring to unsubstantiated allegations he made against former US President Barack Obama.

In a series of tweets, Trump claimed that "President Obama was tapping my phones in October, just prior to [the US presidential] election." Authorities, including at the FBI, have said there is no evidence of Trump's claims.

In 2013, it was revealed that the US National Security Agency spied on Merkel's mobile phone, leading to a dip in US-German relations. However, German prosecutors closed their investigation in 2015, saying they were unable to find evidence that would stand up in court.

Whether candid praise or unabashed disapproval, Germany and its leader have always known exactly where they stand with Trump.