Federal prosecutors have closed an investigation into the alleged tapping of Chancellor Merkel's phone by the NSA. The prosecutor general said the Snowden documents do not contain "evidence of surveillance." 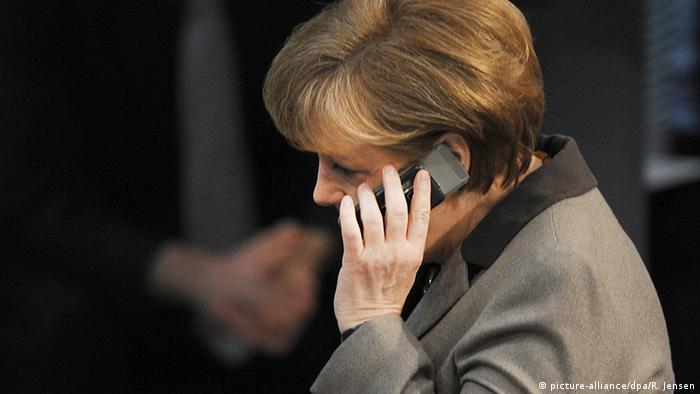 "The Chief Federal Prosecutor has closed the investigation over suspected spying on a mobile phone used by the chancellor by US intelligence services…because the allegation cannot be proven in a legally sound way under criminal law," Prosecutor General Harald Range's office said in a statement.

However, the prosecutor's office said officials were unable to find evidence that would stand up in court. 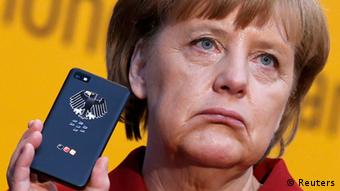 "The documents published in the media so far that come from Edward Snowden also contain no evidence of surveillance of the cell phone used by the chancellor solid enough for a court," the statement said.

Following "Der Spiegel's" article, Merkel called US President Barack Obama to protest the allegations that the NSA had been monitoring her phone, prompting a thaw in German-American relations.

"This was never principally an issue about her mobile phone or her communications. It had to do with all German citizens and whether German law had been respected by everyone including our intelligence partners," government spokesman Steffen Seibert said Friday.

Seibert added that Berlin remained committed all the same to its intelligence relationship with the NSA and other US spy agencies as "they ensure our safety."

In February 2014, while answering a question regarding immigrations restrictions, US Ambassador to Germany John Emerson said, "We [the US] have done a number of stupid things, Chancellor Merkel's phone being one of them."

While some saw Emerson's comment as an admission of guilt, the federal prosecutor's office noted it was not sufficient in a criminal proceeding.

"The vague comments by US officials about possible surveillance of the chancellor's mobile telecommunication by a US intelligence service - 'not any more' - are not enough to describe what happened," the statement said.

"The comments, which were viewed in public as a general admission of guilt, do not discharge us from [fulfilling] the burden of proof according to the requirements of criminal procedure," the statement concluded.

There has also never been an apology from the United States regarding the millions of other Germans' phone records that have been collected by the NSA.

The phone in question was handed to Merkel by the Christian Democratic Union in order to conduct party business.

According to the statement, investigations into suspected mass surveillance of German citizens' telecommunications data by British and American intelligence services will continue.

German lawmakers are also conducting a parliamentary inquiry into cooperation between German and American intelligence services.